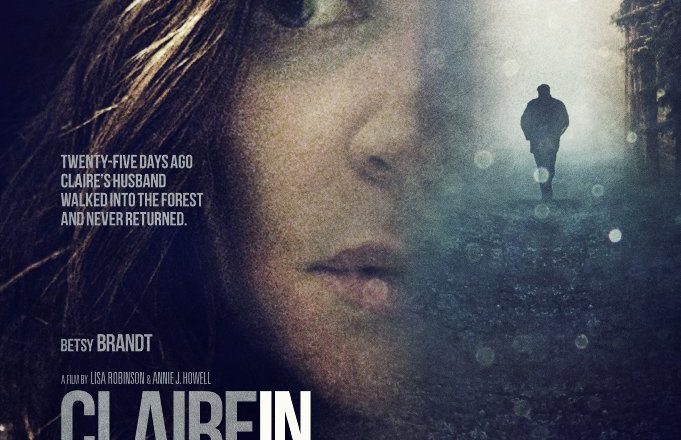 If you’re one of those who need your movie’s to be wrapped up nice and neat and complete with a little bow at their conclusion, with all the loose ends securely tied tight, and each and every question fully answered, then Claire in Motion is definitely not the flick for you, my friend.

However, if you appreciate a provocative story unfolding layer upon layer, allowing the viewer to absorb and assess what they believe may be happening as the chronicle progresses, and then to subjectively determine on their own what may or may not have happened in the end, then I can not recommend Claire in Motion more highly to you. 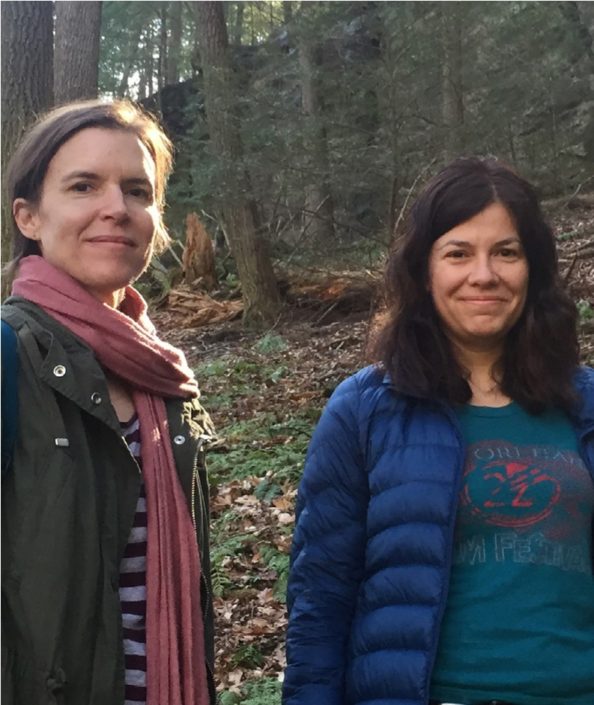 Co-Writers and Directors Annie J. Howell (on the right in the adjacent photo) and Lisa Robinson have fashioned an impressively unconventional and beguiling mystery.  Their narrative reaches that uncommon emotional place of being both fascinating and unnerving, often times even outright uncomfortable, in terms of how we are moved to feel in our experience as an audience.

Betsy Brandt, so extraordinary as Marie Schrader in the eternally iconic “Breaking Bad”, is once again superb here as Claire.  Brandt gives us a multifarious character whose faith in practically everything in her seemingly idyllic life is joltingly shattered when she comes to learn how she had completely failed to recognize she was systematically losing that which she holds most dear.  Claire struggles to remain strong and hold out hope in the face of an increasingly devastating reality which threatens to crush her very soul into shards of regret.  Brandt’s embodiment of a woman living an endless nightmare day after day after wrenching draining day is a powerfully genuine portrayal.  It is a mesmeric and stirring personification which, left to a lesser actress, would have almost assuredly registered as merely moribund and morose.  Brandt imbues Claire with a far more fully-dimensional sensibility than that which we may typically expect as she creates an unusually complex rendering.  Her performance borders on, if it doesn’t launch fully into, brilliance.

Zev Haworth, appearing in his first feature film, is Claire’s adolescent son, Connor.  He is a quiet boy, but we sense early on that there is a lot going on inside this young man which he refuses to release, even to his mother.  Connor’s counselor-recommended letter to his dad near the end of Claire in Motion is at once heartfelt and heart destroying.  Haworth is a natural wonder.  Watch for him in the years to come.

And can we get some love for veteran supporting player Anna Margaret Hollyman (“White Reindeer”) already?  Can we manage to do this, all you Hollywood string-pullers out there?  Hollyman’s strange yet stunning depiction of the other woman Allison is not only an important role in “Claire”, it is a critical component.  For it is Allison who provides the voice, as well as the conscience, for the missing husband Paul.  We would have never come to at least in part understand Paul if not for this curiously enigmatic art school grad student revealing to us some manner of the “why for” behind a man’s bafflingly bizarre behavior.  Hollyman’s Allison changes as the situation dictates, and her versatility and poignance is as striking as it is searing.

Howell and Robinson team in tantalizing tandem with Cinematographer Andreas Burgess’s irregular scene framing and unorthodox camera angles and Xander Duell’s cosmically disquieting musical score.  Their inspired work comes together seamlessly to craft a consistent and entirely appropriate vibe of disorienting other-worldliness which mimics the near-hallucinatory state of being we watch Claire slowly descend into.

Ultimately, and in keeping with the dynamic implicit in it’s title, Claire in Motion is an unflinching examination of the excruciatingly painful process of “moving on” in the wake of unbearable loss, cruelly compounded in this case by the not conclusively knowing if your loved one is truly lost at all.

At least in the physical interpretation of the word.

One thought on ““Claire in Motion”: Betsy Brandt astonishes in an emotionally demolishing turn.”