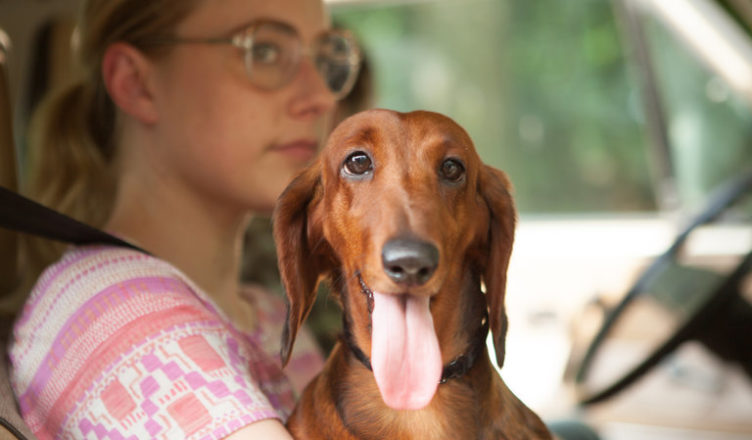 Synopsis: A life of a dachshund is chronicled as he goes from weird owner to weirder owner.

Who could object to a movie with an adorable dachshund doggie? I could, and so will animal lovers who end up seeing this Todd Solondz polarizing dark comedy. This is certainly an eccentric movie to say the least. So what is it about? A life of a dachshund is depicted through his journey of numerous odd owners it ends up having. That’s honestly pretty much the summary of this film.

I appreciate the film for trying to be different. The setting and the plot are put together in a creative way. The dog is the placeholder for the eccentric owners it accompanies throughout its life. It’s certainly a different way of utilizing the animal. The people in the film are very distinct and each individual storylines are very different from another. One thing this movie isn’t is stagnant. It’s constantly moving and keeps your attention. Some solid performances from some real good actors such as Danny DeVito and Ellen Burstyn.

This is a really cynical dark comedy.  The movie isn’t really pleasing or satisfactory. It centers on the lives of miserable, down on their luck people who are on the end of their moral existence. It’s no fun watching miserable people in their personal depths of hell. These characters give you no reason to invest in them.

Greta Gerwig is playing Greta Gerwig. The abstract and babbling character she seems to play in every movie. The amazing thing is even Gerwig’s quirky act isn’t odd or dark enough for this film. DeVito plays this depressing teacher who is always preaching something negative. Character is up to par with the tone of the movie, but not with DeVito’s talents.

The biggest miss might have been the usage of the wiener dog himself. Instead of giving the animal a significant purpose, the movie uses it as a prop. The dachshund plays the role of a toy. He’s the only reason to move the story from one sad character to the next one. Not once is the dog a central focus or is anything invested in him. Had the movie lived up to its title, less problems would have presented themselves. If the dog is basically useless in the plot, why focus so much on characters that only get 15-20 minutes of screen time and then disappear?

Without spoiling the movie, the biggest crime occurs at the end of the movie. The ending is intended to be shocking and polarizing, but, it ends up being gross and disappointing. A very poor payoff that manages to simply close the chapter on all these storylines that in retrospect become even more empty.

It’s really hard to like this movie, much less enjoy it. It’s twisted, dark and grossly ugly on many levels. Sure, there are a few laughs along the way, but not worth the experience. Rarely do I leave a theater feeling disgusted, but this movie managed to accomplish that feeling. Don’t let the title fool you, this is a not a movie that’s about a wiener-dog, it just shamelessly uses the dog to move along the plot. Animal lovers such as myself will undoubtedly have a major issue with this movie. I understand the “shock” attempt that Solondz was going for, but it doesn’t work and neither does this movie. “Wiener-Dog” ends up feeling like you ate a slimy old hot dog that you can’t help but want to puke out of your system.