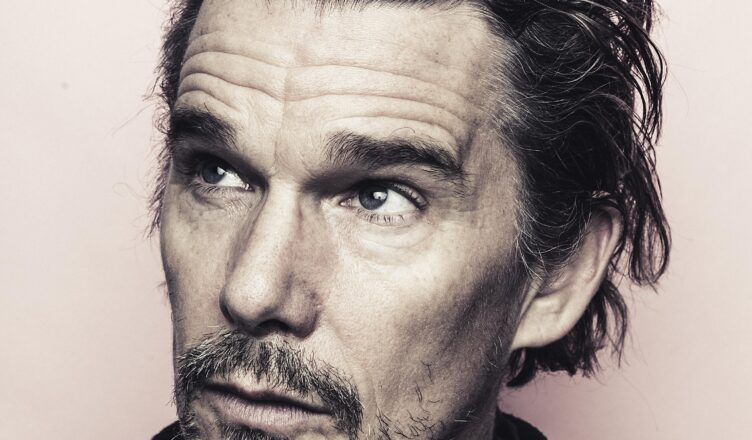 The documentary The Last Movie Stars at SXSW from CNN Films and HBO Max is helmed by Ethan Hawke. He is approached to take an in-depth look at the life and careers of Paul Newman and Joanne Woodward. Joe Rudge gets credit for the music. The interviews with various luminaries get explanations by Director Ethan Hawke. For reasons that are not explained, the tapes were destroyed, but someone with a great deal of foresight had commissioned a transcript of the remarks of those who were close to Paul and Joanne.

So, we have interviews that were actually done with people like Gore Vidal—an important individual in their lives now long deceased— and some remarks from Paul Newman or Joanne Woodward, themselves. Ethan Hawke approached an All-Star cast and asked them to read the parts of these famous interview subjects as though portraying the famous voices of yesteryear.

Sanford Meisner, Joanne’s New York City acting teacher, said of Joanne Woodward (now 92 years old and suffering from Alzheimer’s Disease) that the reason she went into acting  was “it was the only thing she knew how to do.” Joanne’s mother was an avid movie buff and one funny story was of a 9-year-old Joanne jumping into Laurence Olivier’s lap inside his limo as it arrived for the premiere of “Gone With the Wind” accompanying his then-wife Vivian Leigh, as Joanne’s mother had bought the pair tickets to the World Premiere.

Joanne and Paul made 16 films together, and Paul directed Joanne in her Oscar-nominated role in 1968’s “Rachel, Rachel.” Although Paul had directed her, he was snubbed in the category of Best Director of 1969, which, Joanne admitted, bothered her.

The remark is made that “They presided over the end of the theater and the advent of television” during their lengthy careers. They did 100 TV shows in 2 years.

Newman is the only American actor to have been nominated for Best Actor over a 5-decade period. The couple’s last film together, 50 years after their first, was “Mr. and Mrs. Bridge.”

They met when both were understudies for “Picnic” on Broadway in 1953. The play won the Pulitzer Prize for William Inge’s first play. Paul said, of meeting Joanne, “We recognized in each other a couple of orphans and orphans have a healthy appetite for everything.” Years later, he would say, of their enduring marriage, “I think the glue that held me and Joanne together was the thought that anything was possible. The promise of everything was there from the very beginning.”

It is only fair to mention that Paul was already married to his first wife and had three children with her when he and Joanne met in 1953. He wanted to marry Woodward, but his first wife would not give him a divorce, so their affair went on for five years before Wife Number One relented. The couple subsequently had three daughters of their own. Once, when questioned about Paul Newman’s appeal as a sex symbol on a talk show appearance, Joanne said, “I don’t get it. He’s over 40, has six kids, and snores.” She also said, in 1987, of acting, in general: “Acting is like sex. You should do it, not talk about it.”

One interesting fact was the close friendship with novelist and well-known radical/homosexual Gore Vidal, to whom Joanne was once engaged. Even after she broke it off with Vidal to marry Paul, the Newmans briefly lived at Vidal’s home.

Paul’s desire to be taken seriously as an actor was mentioned. He admired Brando’s appearance in “On the Waterfront,” which, he said, was the first film that made an impression on him. He wanted acceptance from such luminaries as Ben Gazzara, Elia Kazan, Tennessee Williams, Eli Wallach and James Dean. In fact, both Paul and Joanne auditioned for parts in “East of Eden.”

When James Dean died in a car crash (September 30, 1955, at the age of 24), Paul Newman’s star rose. Newman always said, of his early outsider status, “I’m not a true eccentric. I’ve got both feet firmly planted in Shaker Heights, Ohio. There are people that didn’t consider me an actor.”

Paul’s film debut was in 1954’s “The Silver Chalice.” He considered it embarrassingly bad, although it had a star-studded cast. The 1954 film had Oscar winner Jack Palance and the female lead was Virginia Mayo. Others in the cast included a very young Natalie Wood (age 16; Newman was 30 and it was their only film together), Lorne Greene as the narrator in his debut screen role, E.G. Marshall and Pier Angeli. Newman had auditioned for James Dean’s role in “East of Eden” (1955) and so, when the two were working on neighboring lots, Dean went over to visit Newman on the set of “The Silver Chalice” and met Pier Angeli,  the love of his short life.

When the film ran on television in 1966, Paul Newman took out ads in the Hollywood trade papers, calling it “the worst motion picture produced during the 1950s,” apologizing for his performance and asking people not to watch the film. That had the opposite effect. Many people tuned in to watch it on television. Newman once screened the movie for friends at his house, giving them whistles, pots, and wooden spoons, and encouraging them to make noisy critiques of the film.

When the film ran on television in 1966, Paul Newman took out ads in the Hollywood trade papers, calling it “the worst motion picture produced during the 1950s,” apologizing for his performance and asking people not to watch the film. Unfortunately, it had the opposite effect, and many people tuned in to watch it on television. Newman once screened the movie for friends at his house, giving them whistles, pots, and wooden spoons, and encouraging them to make noisy critiques of the film.

An enjoyable documentary about two famous and fabulous stars.