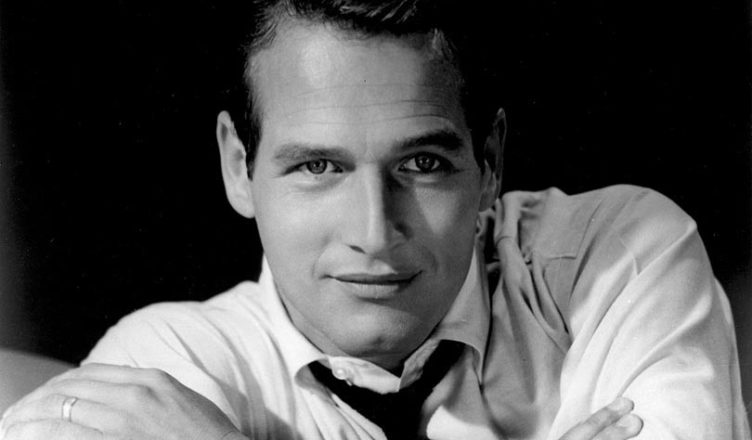 Here, in order, are what I consider to be twenty of Paul Newman‘s “best”  film roles. 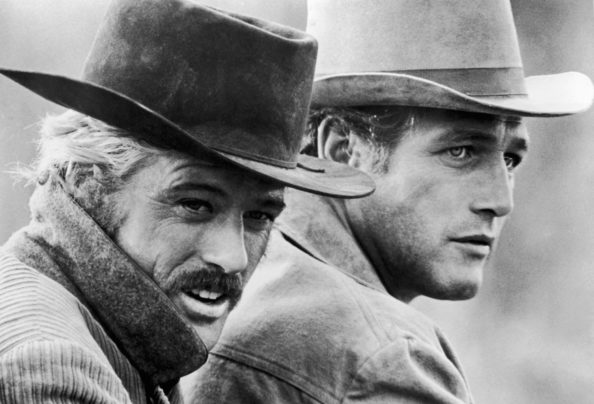 Is there anyone who was alive and going to the movies in the year 1969 when George Roy Hill directed Newman and Robert Redford in the William Goldman written script that doesn’t think of Paul Newman as “Butch?” Remember the scene where Newman is urging Redford to jump from a high cliff, to avoid those pursuing them so relentlessly that they ended up in Bolivia? Redford admits, reluctantly, that he can’t swim. Newman laughs and says, “The fall alone’ll kill ya’!” And they jump. 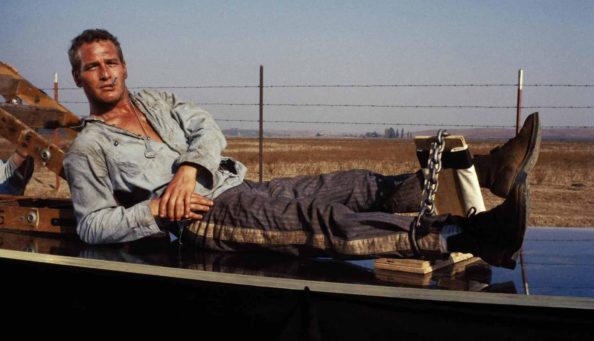 “What we have here is a failure to communicate.” Fifty hard-boiled eggs. Strother Martin’s green teeth. Luke as a symbol of man’s indomitable spirit. A classic. Newman was nominated for the 1969 Oscar, but did not win. 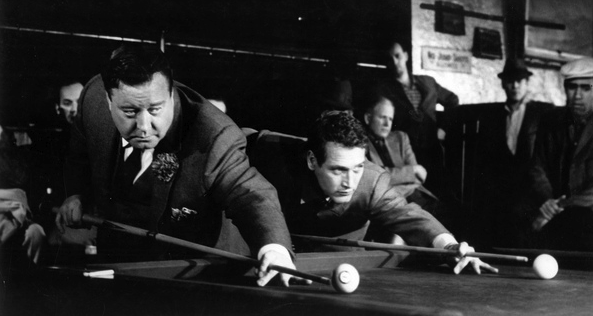 As “Fast Eddie” Felsen, he took on Minnesota Fats (Jackie Gleason) in the pool game of the century. Newman was nominated for the 1962 Oscar, but did not win. 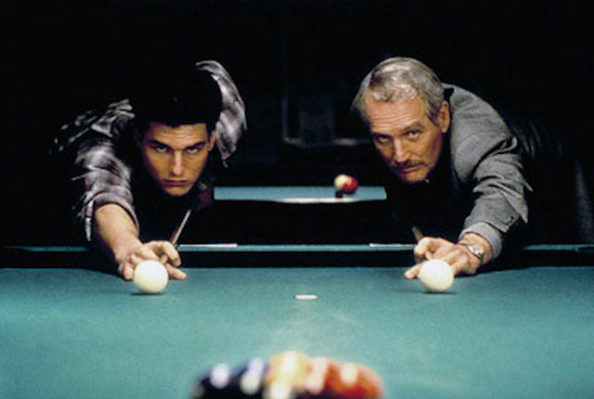 Re-teamed as “Fast Eddie” with Tom Cruise, Newman took home the Oscar for his role in this film. It might not have been as good as the original role or the others on this list, but this one won him the gold statuette.

The scene with Patricia Neal in the kitchen oozes sexuality. Another movie for which he was Oscar-nominated in 1964, but did not win. 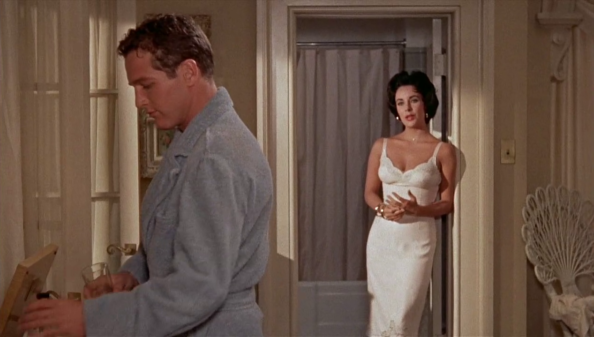 As Brick Pollitt opposite Elizabeth Taylor’s Maggie the Cat, the pair personified hot, steamy sex. He even looked good on crutches. 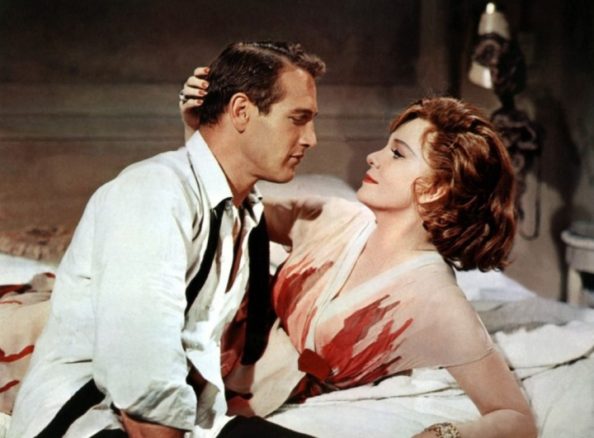 Chance Wayne (Newman’s character) was as hot as Brick. Geraldine Page was the beneficiary in this Tennessee Williams play made into a movie.

As Ben Quick, Newman provided the steam in this movie based on a William Faulkner novel “The Hamlet.” The cast  included Joanne Woodward, Anthony Franciosa, Orson Welles, Lee Remick and Angela Lansbury. 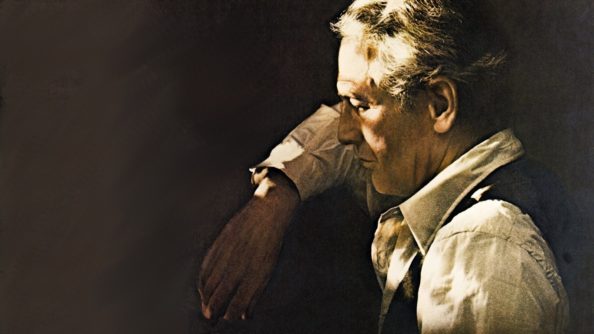 As Frank Galvin, an attorney with a drinking problem, Newman gave an Oscar-worthy performance and was, in fact, nominated for a 1983 Oscar. He didn’t win. The movie received 5 nominations and the performance by Lindsay Crouse as Nurse Kaitlin Costello was a tour de force.

Paul Newman came storming back in the role of John Rooney, co-starring with Tom Hanks in the film based on the Max Allan Collins graphic novel, (which, in turn, was based on an actual gangster named John Looney who terrorized the streets of Rock Island, Illinois back in the day.) The name was changed and Jude Law was added as a villainous photographer. This Sam Mendes-directed film was to be Paul Newman’s last “great” role, and also the last time that legendary cinematographer Conrad L Hall would do the lighting, which is superb. Hall was reputed to be the best in the business and the last man working who could call for the right camera lighting without a light meter.

The second ten are included to show the breadth of Paul Newman‘s career, but the “Must See(s)” are above. 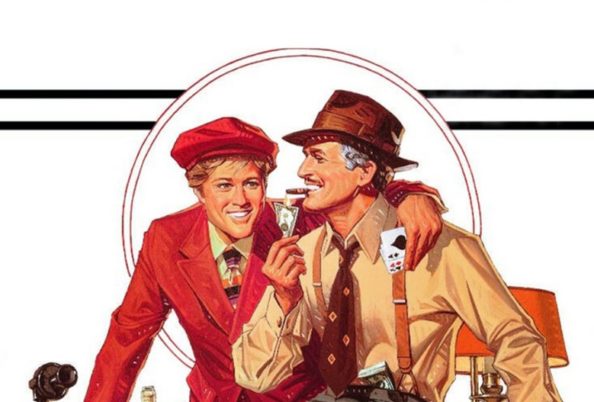 Re-teaming Newman (as Harry Gondorff) and Robert Redford as con men was a no-brainer. Arguably, belongs in the Top Ten. A great Scott Joplin song or two didn’t hurt. 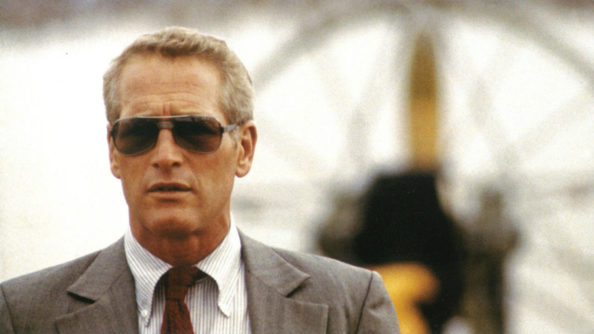 Lew Harper (from 1966) comes back to the scene as a gumshoe detective. Co-starring Joanne Woodward and Anthony Franciosa, again, the film gave ingénue Melanie Griffith her first big part. 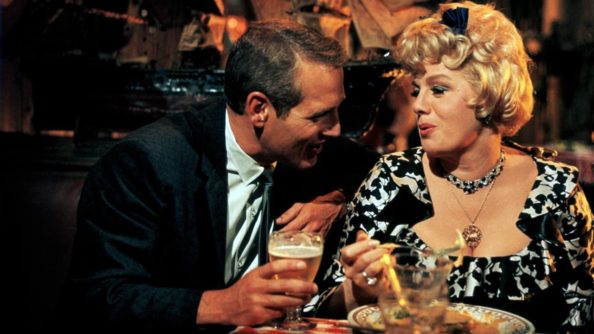 Lew Harper’s first appearance on the scene as detective extraordinaire.

The life story of Rocky Graziano, Paul Newman rebounded from “The Silver Chalice,” which he considered so bad that he bought up all the prints and publicly apologized. 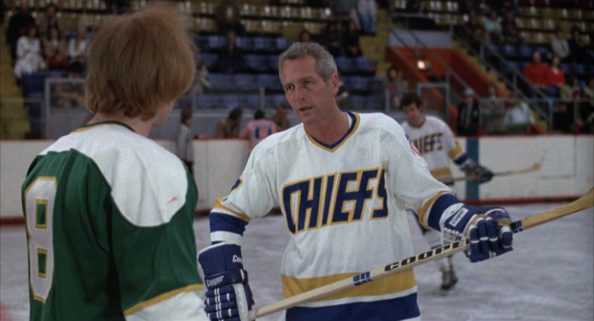 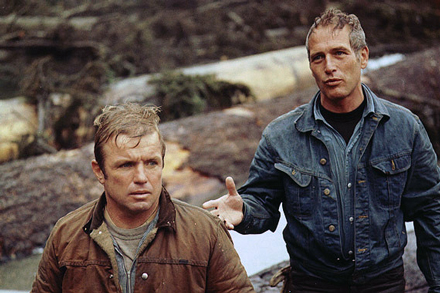 Logging story. Nominated for 2 Oscars. Based on the Ken Kesey novel. Co-starred Henry Fonda, Lee Remick and Richard Jaeckel, whose scene when he is trapped under a log and will soon drown if the log cannot be removed alone is worth the rental. 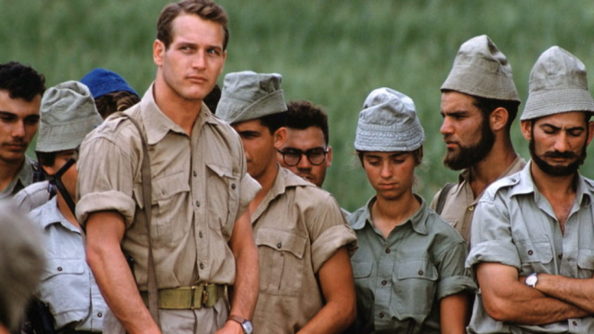 Ari Ben Canaan. A movie about the formation of Israel based on the Leon Uris best-selling novel. What I remember about this film is that the theater down the street from my house (one block away) was evacuated when sparks began landing on the roof of the theater from a blaze that burned down one entire block right across the street from my house! I had to take a back alley to get home. When there, I found my father manning a garden hose in an attempt to keep our house from catching fire. Had to go back to finish the film another day.

Paul Newman played David Alfred Eaton. “An ambitious young lawyer chooses a loveless marriage and an unfulfilling life, in exchange for a successful Wall Street career,” says the International Movie Data Base. In other words, it’s the life story of a broker today. I always thought that Ina Balin (as Natalie Benzinger) was poorly chosen as the love interest; she needed some depilatory cream on her upper lip.

Yes, I know. You liked this one better than half of the others, but, let’s face it, it was a popcorn movie. Paul Newman played Doug Roberts and there was talk of strife between Paul Newman and Steve McQueen, who played the fire chief assigned to rescue the hapless individuals trapped in a high-rise building. It had a great cast, though: Newman, McQueen, William Holden, Faye Dunaway, Fred Astaire, Jennifer Jones, Robert Vaughn, Robert Wagner and…..wait for it….O.J. Simpson. (Yes, that O.J. Simpson.)  I was teaching junior high school students at the time, and we took busloads of students, who had been participating in some after-school “craft activity” classes, to see a double bill of “Towering Inferno” and “Earthquake.” Wags dubbed it “the Shake-and-Bake special.” That was bad enough, but my friend, Nelson, the history teacher, put  a sign on MY bus that said, “HOOKERS: this bus.” [This was because the students in my group  had been taking part in an after-school class in rug hooking.] Nelson:  I’m still smiling.