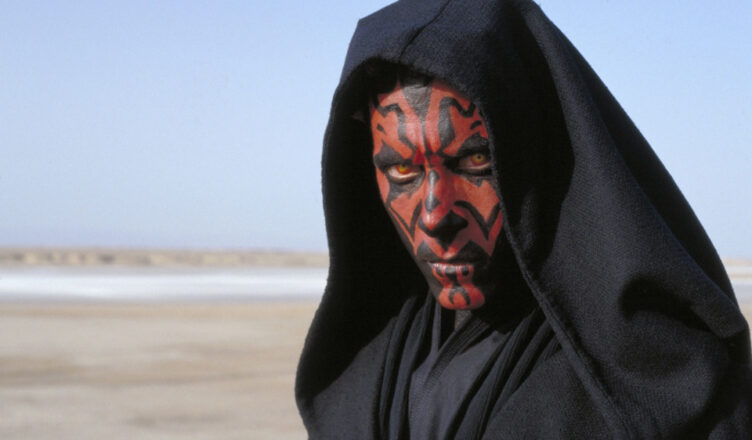 Darth Maul is a favorite character of mine in Star Wars. I really love the stunning debut he makes in Star Wars Episode I: The Phantom Menace. Say what you want about that movie but this character is a bright spot in that film. Darth Maul also has one of the best fights in Star Wars with Obi-Wan Kenobi and Qui-Gon Jinn. We’re now learning that the character was set for a rematch with Obi-Wan but the scenes were cut from the show:

…sources tell The Hollywood Reporter, not only was the Sith Lord initially slated to return to the live-action Disney+ series as a key villain, actor Ray Park was in active prep to reprise Maul…

…Sources note that Filoni and Favreau were concerned about Obi-Wan covering similar ground as Mandalorian — the Lone Wolf and Cub-like story of Kenobi coming out of hiding to protect a child-aged Luke Skywalker. Maul was one of the villains who would participate in the hunt for the pair; Vader was nowhere to be found in this faraway galaxy at this stage, according to those with knowledge of the project.

…One source says Park was on set for preproduction and was also involved in stunt training. The source says footage of Park may have been shot, although another source says it could have been test footage. Whatever the case, Park was back as Maul, or so he believed…

A Lucasfilm source contradicted the account, saying Maul was never intended to return for the series, nor did Park come to set.

So I have to admit that to hoping for a return of Darth Maul. The news is a little surprising but I can’t help but hope it’s also a misdirect. There’s a lot of reason to change direction and a Obi-Wan vs Darth Vader rematch a great one. I’m torn between who I would honestly like to see Obi-Wan have a rematch with on the show. Qui-Gonn is my boy but Anakin breaks my heart.

What do you guys think of the news about Darth Maul? Do you prefer Darth Vader as the primary villain?