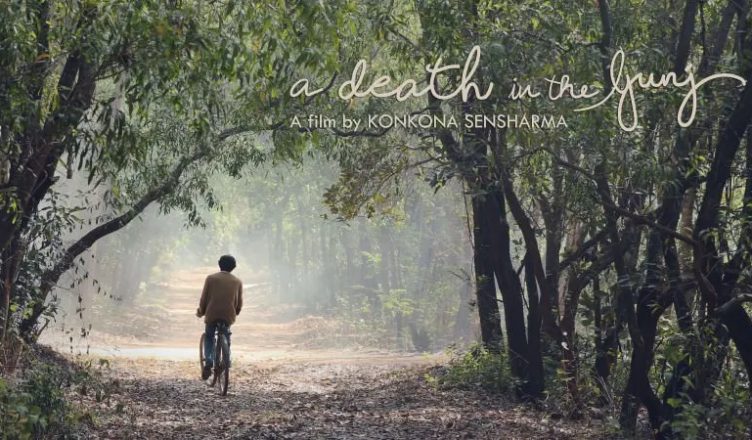 Bollywood actress Konkona Sensharma gives her debut as a director in this Indian thriller-drama, A Death in the Gunj. The actress-turned-director won a Filmfare Award for Best Debut Director for this film as well.

A Death in the Gunj deals with mental health issues and conventional views of society on patriarchy and masculinity. The film is set in an Anglo-Indian town called McCluskieganj in the state of Bihar. The story follows Shutu, a sensitive and reserved young man, who visits McCluskieganj with his rowdy cousins and friends. However, his isolation from the adult world causes him to be the butt of all jokes.

Konkona Sensharma has showed immense talent as a Bollywood actress. A Death in the Gunj was her directorial debut, and she did a great job on it as well.
The story of the film was inspired by an eponymous short story based on true events written by Sensharma’s father- Mukul Sharma.

The film starts with an eerie setting, with two men looking down at a dead body in the trunk of their car. What follows is a beautifully-shot scene of the men driving the car road the down with an uncomfortable silence, and soft music playing in the background.
I felt that the premise of the film was perfect and definitely hooked me into the plot.

The film features an ensemble cast with versatile actors including Vikrant Massey, Kalki Koechlin, Gulshan Devaiah, Ranvir Shorey, Tanuja, Om Puri, Tillotama Shome, Jim Sarbh and Arya Sharma.
While all the performances were spot-on, Vikrant Massey took the cake in this one. He portrayed the character of Shutu with great detail and nuance. There was a lot of depth in his performance and I felt myself empathising with his character the most.

The characters in the film were very diverse. Each of them had a different quality which I felt Sensharma excellently captured. Right from Shutu’s shy nature to Mimi’s provocativeness, Vikram’s infidelity and Nandu’s patriarchal views, the strengths and weaknesses of the characters were interesting to unravel.

The screenplay was quite symbolic, and many times hinted at—as the title mentions—death.
The various incidents including the first scene, the visit to a cemetery, the discussion about spirits, dancing with the tribals on a song about ghosts, and the last scene—all of them suggested death. In a heartwarming scene between Shutu and the child of the bunch- Tani, the former shows his favourite ‘E words’ and eulogy tops his list.

A beautiful, and perhaps my favourite, scene was when the characters go into the village and dance around a bonfire along with the tribals of the town. I loved the juxtaposition of this joyful scene with the melancholic theme of the entire film.

The thriller-drama film gave a very promising build-up, especially after the first scene since the audience is continuously aware of the fact that somebody will be dead by the end.
However, the climax was predicable, even if it was quite powerful. I would have preferred something a bit more challenging and thought-provoking.

I found a few plot inconsistencies and loopholes in the film. For instance, the film is set in the year 1979, but many elements seemed ahead of their time.

A Death in the Gunj successfully captured the importance of mental well-being. It dealt with the themes of isolation, sexuality, and adulting. It also shed light on the patriarchal views of society and the conventional ‘masculinity’ of men.
The sepia and warm cinematography further promoted melancholy of the main character, Shutu.

I would not recommend this film for children under the age of 18, as the themes were dark and some sexual content was present as well.
Overall, it was a very fulfilling and haunting film which will stay with me for a long time.