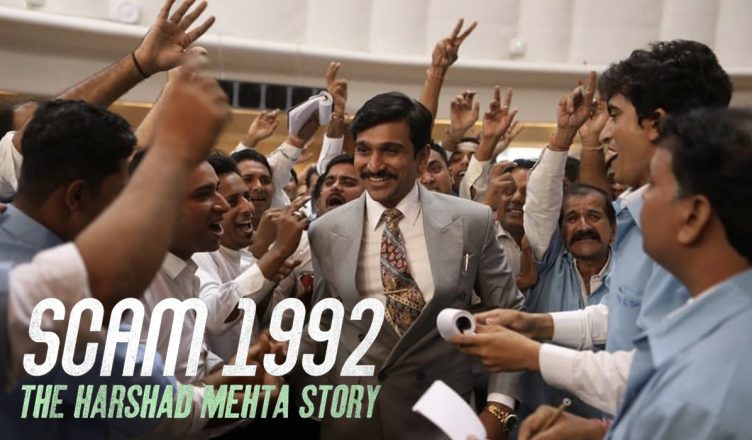 India faced one of the biggest scams in the history of its finance markets in 1992. A simple middle-class man named Harshad Mehta quickly rose to power in the Bombay Stock Exchange. Soon enough, he started using the loopholes of Indian banking system to gain profit. All was fine until his lavish lifestyle came under taxman’s scrutiny and his frauds were exposed. Mehta was kept under criminal custody and died due to a cardiac arrest in 2001.

SCAM 1992 is set in 1990s Bombay and follows the life of Harshad Mehta, a stockbroker who single-handedly took the stock market to dizzying heights and ultimately, had a catastrophic downfall. The series is adapted from journalist Sucheta Dalal and Debashish Basu’s book The Scam: Who Won, Who Lost, Who Got Away. The show was premiered on SonyLIV on 9 October, 2020.

This Indian docudrama consists of ten episodes in total. Each one goes in detail about what kind of a man Harshad Mehta was. Starting from when he had low clerical jobs to when he came to be known as ‘Big Bull‘, this short series fully covers the stock market guru’s life.

It was very engrossing to watch the way Mehta used his charms and his knowledge about the stock market to earn huge amounts of money in a very short period of time.

The actor who played the main lead, Pratik Gandhi, gave a splendid performance. The audience couldn’t help but smile at his quick remarks and charming words. The screenplay was another aspect which I really liked. The dialogues are very sharp and quick-witted.

“Everybody wanted to be Harshad Mehta.”

The plot of this short series is quite fast paced and does not get tedious even for a moment. It’s one the reasons why I watched the whole show in just one sitting.

One small detail which I found irksome while watching this was the extensive use of financial terms. The whole concept of the show is based on banking fraud and stock markets, which makes it obvious that a large portion of the plot might only make sense to someone who knows the basics of financial trade. As a person who is yet to explore the vast concepts of stock market, I found it a bit difficult to keep up with the plot.

Overall, the show is a must watch. This financial-thriller is not only engaging, but also very informative. It is the perfect rags-to-riches story of a man who earned too much in too little time. One thought on “SCAM 1992: Docudrama About Rags To Riches… To Rags”