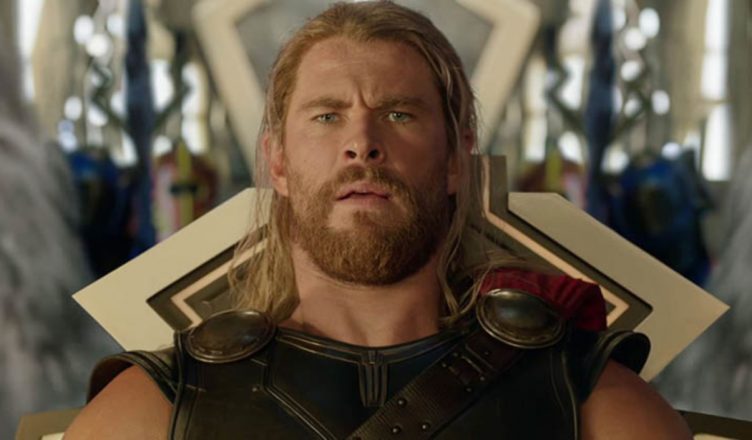 Chris Hemsworth has been part of the Marvel Cinematic Universe for almost 10 years. Int that time he has portrayed the character of Thor in 7 films for the MCU, not including cameos. That being said, it’s come to a time where his contract is over after fulfilling his obligations and he’s letting the status change be known public. This is a common tactic when an actor wants to rally fan support in order to help with his contract negotiations. It allows the actor to point at some forum and go “LOOK! They LOVE ME! PAY ME MORE MONEY!”.

The actor, who has played the God of Thunder for the past seven years recently completed his work in the untitled Avengers 4, officially fulfilling his contract with Marvel Studios. That means that after three solo Thor films and four separate Avengers films, Hemsworth is no longer legally obligated to appear in any of the studio’s future films. But instead of being relieved at finally being able to walk away from Thor, Hemsworth simply isn’t. The actor told The Times that after Thor: Ragnarok, he had begun to have a voice in the movies and was having fun.

Hemsworth also mentioned a desire to take some time off from acting and enjoying time with his kids. We’ll see how that goes…

This is a clever and often effective tactic in order to get the salary bump they want. It doesn’t hurt that Thor is Hemsworth’s bread and butter and helps him get more roles in between Thor movies. Without which, Hemsworth’s stock would likely not be in the same shape that it is now. 12 Strong didn’t do nearly the same numbers in the box office as Thor. I’d hate to see Hemsworth’s profile diminished and I whole heartedly support his efforts to continue to appear as Thor on film.

What do you guys think. Should we support Hemsworth or is 1 good Thor movie, out of 3, enough to move on to greener pastures?

That’s all I have for now.