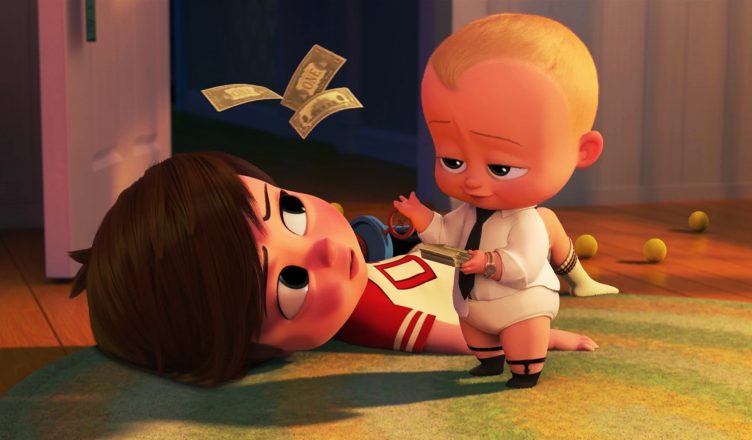 The Boss Baby is a great concept for animation. I mean think about it? A baby that’s dressed in a fancy suit, runs a business with multiple diaper wearing little employees, not to mention having the intellect to outwit and outsmart others. I like that, and this is what Boss Baby is. The movie features the Boss Baby as its main centerpiece, however, the plot is seen from Tim’s perspective. Tim is the 7-year-old whose the older brother of Boss Baby. Tim is the one who is threatened by the arrival of the Boss. Their feud is what the premise is based on, but how does it play out? 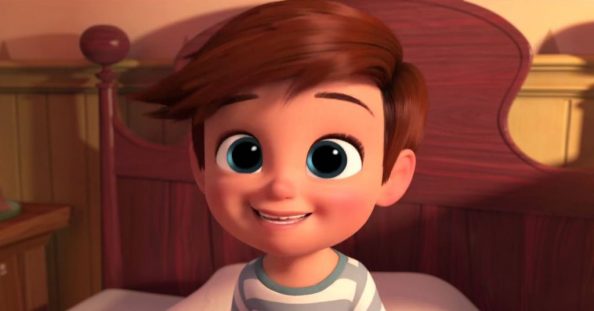 There is a lot to like about this film. The characters are entertaining and cute. After all, who doesn’t like babies? This baby is a lot different than you might be used to seeing in movies. Boss Baby is brash, clever, manipulative and witty. I couldn’t get over how cool he looked in that suit. One of my favorite scenes in the movie is when the Templeton’s arrive with Boss Baby from the hospital and when Tim first glances at him he immediately makes mention why the baby is wearing a suit? It’s exactly that kinda thing that makes this movie self-aware and notes what the audience must be thinking. The initial introduction of Boss Baby is awesome in itself. The backstory about how babies are “produced” in baby heaven, in a baby assembly kinda way. It’s creative and cute.

Alec Baldwin is such a good choice to voice Boss Baby. He has this manly voice and it’s hilarious to hear Boss Baby speak in a deep voice. It is things like this that add humor beyond the script. Tim has a wild imagination and we get to see it right from the opening. He has all sorts of lucid fantasies that would make you think that this can is living in an alternate world. There is this semi-trippy feel about the film, it works, but seems kinda outlandish at times. If the parents are the least brightest characters then you know that the little inmates are running the asylum, which is how it should be for plot purposes.

The creativity of the movie is what really got me. Even though most of it is seen from Tim’s point of view, it can easily be seen and understood from Boss Baby’s point. They both seek something and only coming together helps each one accomplish his goals. There are some nice character plot reveals and surprises as the movie progresses. Not to be omitted, there are in fact puppies in the movie. Babies, kids, and puppies! To all the guys out there, you just won over any girl you’re taking to see this movie.

The pacing of the movie was a bit too much. It just comes at you like rapid fire. For an action movie maybe that’s okay, but for an animated non-action movie? There is no need. Let me take a breath. I get that Tim has a wild and very active (literally and figuratively) imagination, but throwing it all out there in a frantic way just makes you want it to stop and slow down. 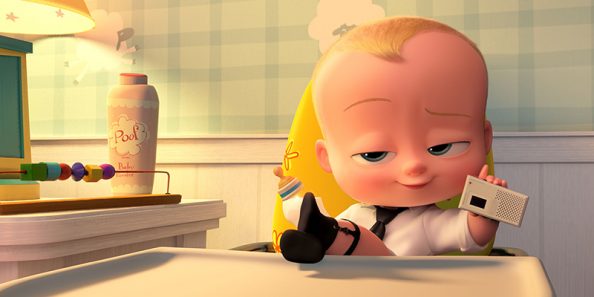 The parents were portrayed as these oblivious dopes that wouldn’t figure out a microwave, even if you turned it on for them. Call it naive, but they were more brainless than anything. The adults play second fiddle to the kids, it’s fine, but at least have some authority around that isn’t Boss Baby.

The Boss Baby is a creative and original animated movie. It’s all around entertaining, fun and cute. It wins you over with the message of family bonding. This is a movie that appeals to various age groups and different people will have a different outlook on it, whether you’re a parent, young adult that had a sibling growing up or even a kid having a laugh at all the shenanigans onscreen. Boss Baby isn’t a typical baby, but ultimately even the Boss Baby needs a family.

2 thoughts on “Review: The Boss Baby Takes Charge In The Fun Department”