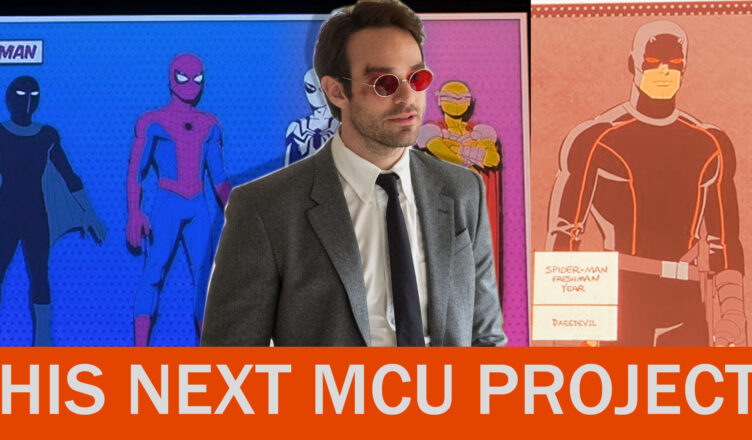 Charlie Cox is set to voice Daredevil in the upcoming MCU animated project, Spider-Man: Freshman Year coming to Disney Plus in 2024. Charlie Cox first made his appearance as the titular hero in Netflix’s Daredevil in 2015. The show ran for three seasons and the character also appeared in the Netflix crossover event, The Defenders. Recently, Cox reprised his role as Matt Murdock in the 2021 film, Spider-Man: No Way Home. Fans were thrilled to see Cox as Matt Murdock again in No Way Home and will no doubt be excited for his role in Spider-Man: Freshman Year.

For awhile, many fans have been confused about where or if the Marvel Netflix shows fit into the MCU canon. Are they part of the universe? Do they exist on their own? Nobody was quite sure. It is true that the movies were referenced in the shows, but that was a one-way street. The show heroes were never mentioned in any movie. That was until Spider-Man: No Way Home. Charlie Cox’s cameo not only validated the Marvel Netflix shows, it also opened the door for more cameos and future projects. Now with this recent announcement from SDCC, it looks like Daredevil is officially recognized as a part of MCU canon – more so than a simple cameo.

Marvel recently announced that the upcoming Disney Plus MCU animated show Spider-Man: Freshman Year will feature the voice talents of Charlie Cox as Daredevil. The announcement was made at the Marvel Animation panel at San Diego Comic Con 2022. They also announced that the show has been green lit for a second season, titled Spider-Man: Sophomore Year. It was confirmed that Daredevil and Spider-Man would team-up in the series, making it Daredevil’s first appearance in the proper MCU. Marvel also revealed that other Spider-Man characters such as Dr. Octavius, Chameleon, Speed Demon, Scorpion, Butane the Pyromaniac, Harry Osborn and Amadeus Cho will appear in the series.

Marvel sure knows how to please their fans. This announcement is a huge deal for Daredevil fans and his future in the MCU. Charlie Cox’s addition to Spider-Man: Freshman Year opens the door for Iron Fist, Jessica Jones and Luke Cage as well. While that may not be likely, the Netflix Marvel shows were wildly successful and deserve their rightful place in MCU canon. Spider-Man: Freshman Year seems like it’ll be a lot of fun, and Charlie Cox’s Daredevil only adds to the nerdy comic book joy. While the addition of many new characters into the MCU canon may confuse fans, I see all this news as an absolute win. You can catch Spider-Man: Freshman Year on Disney Plus in 2024.

Show Synopsis: The animated series follows Peter Parker on his way to becoming Spider-Man in the MCU, with a journey unlike we’ve ever seen and a style that celebrates the character’s early comic book roots.