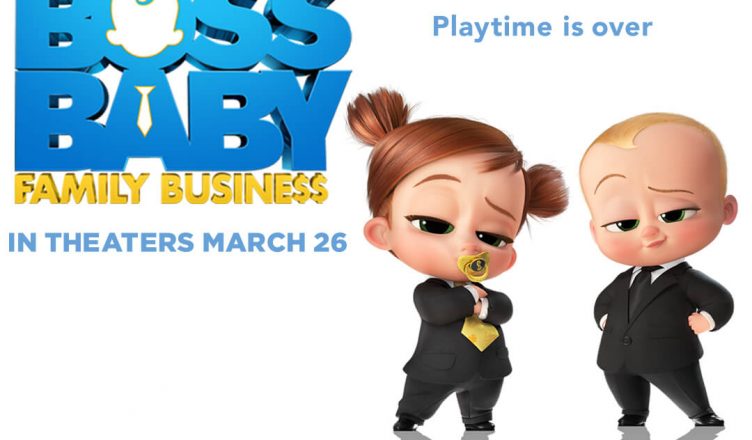 DreamWorks Animation’s Oscar nominated comedy film, The Boss Baby, has an all-new sequel coming up in 2021 and this one’s called The Boss Baby: Family Business.

Set after a time gap since the first film, the brothers Tim and Ted are now drifted apart and live separate lives. While Tim lives a quiet life with his wife, Ted is a hedge fund CEO.
However, when a new enemy threatens to turn infants into monstrous brats, the Templeton brothers decide to work together once again, and in the process realise the true meaning of family.

“Playtime is over.” -Tagline

DreamWorks released the trailer for the film on November 23. Check it out below-

The voice cast for this film is very impressive. While Alec Baldwin, Jimmy Kimmel and Lisa Kudrow will be reprising their old roles, there are also a bunch of new additions to the cast. James Marsden will replace Tobey Maguire and Miles Bakshi as the voice of Tim. Amy Sedaris will be voicing Tim’s daughter and the new Boss Baby, Tina.

The Boss Baby was praised for its humour and witty script (and the cuteness), so the expectations from its sequel are high. The trailer seemed very fun and I can’t wait for the release! Because why wouldn’t anyone want to watch babies dressed as adults?