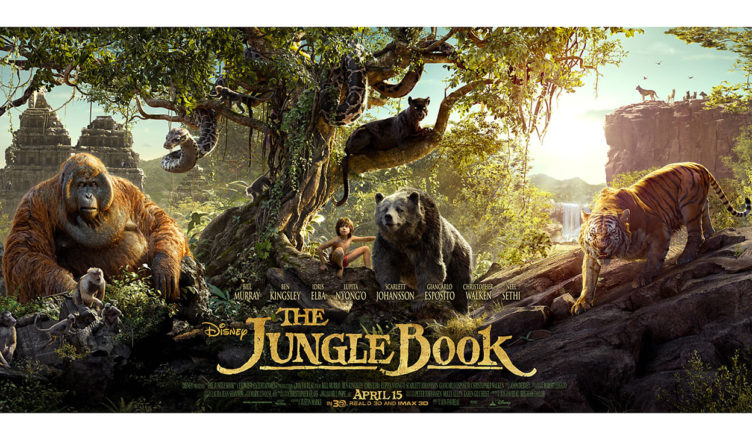 Disney’s The Jungle Book is out today in theaters everywhere. Mowgli won’t the be first and only human to roam the movie jungle this year. The Legend of Tarzan will be out in July, but will that be an overload of large diaper-wearing jungle branch swinging humans? Lets take a look at the potential similarities and differences and what it means for both films:

It’s simple on the surface. Two jungle humans that were raised by wild animals. They are classic stories that were brought to life in animated form by Disney. Even though Mowgli and Tarzan are the central characters in both stories, the animals and jungle are major influences and characters that factor into the development of these humans.

That’s really as far as the similarities go when it comes to these characters. The only logical connection is that the live-action film versions are releasing months apart, for the first time in a non-cartoon version.

There are far many more differences than similarities between these films. First of all one character (Mowgli) is a kid. Tarzan on the other hand is a grown hulking man. He may want to change that man diaper, but he’s ripped like a superhero. Tarzan also has a thing for Jane. Mowgli hasn’t even been through puberty–enough said.

The Jungle Book story carries a coming of age and finding your place theme. Mowgli is a kid that’s being pushed to leave the jungle and go back to his “kind”. In the movie he is being begrudgingly forced out by his animal friends that are trying to protect him from the menacing tiger (he does look menacing and imposing) Shere Khan. It’s the symbiotic animal-human relationship that’s at the heart of the story.

The plotline for The Legend of Tarzan appears to center around him coming back to the jungle after acclimating to life in London. It’s sort of a plot reversal compared to The Jungle Book. Based on the trailers the Tarzan movie has a much more adult oriented theme to it. Enter Margot Robbie and the movie is a lot more sexier and adult oriented.

What It All Means:

Disney brought in Jon Favreau to direct The Jungle Book and he does a great job of bringing the animals and jungle to life. The CGI is crisp and the voice actors come through. It’s also a bit darker than expected. Probably not advised for kids under 10. Mowgli is a kid, and kids will find Neel Sethi, who makes his feature film debut in the movie playing Mowgli, a charming and fun. Alexander Skarskard certainly will much more appeal to the mother’s of the kids who will be rooting for Sethi as Mowgli. Ultimately they are both different films with a different audience.

I actually feel that the momentum of The Jungle Book can help get the attention on The Legend of Tarzan. The adults that take their kids to see Jungle Book will be tempted to see the adult version of the jungle swinging hero. It will be cool to compare the actual jungle and animals in both films, and which CGI looks more authentic. Instead of the battle of the jungle, this might turn out to be a friendly alternate option. Movie fans win this battle.