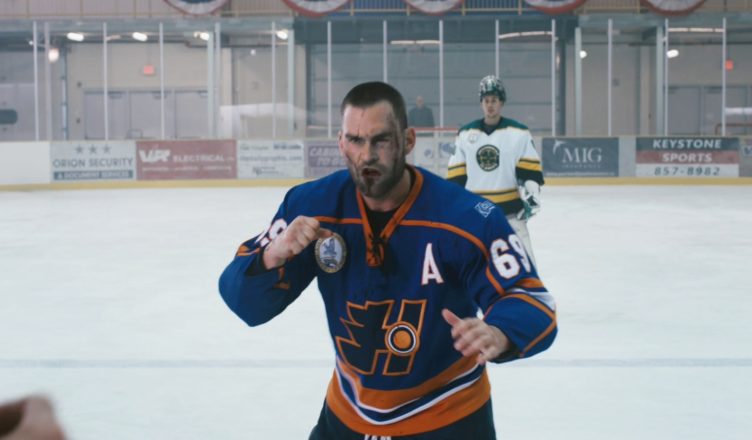 With the NHL Stanley Cup Playoffs getting under way this week, I thought it would be fun to dip into the archives for my review of the 2011 dramedy hockey flick “Goon”.

Right off the bat (or “stick” in the case of this hockey comedy/drama) I thought that “Goon” was going to be really stupid and that I’d made a big mistake in ordering the DVD.  But I decided to give it a chance.  And I’m glad I did.

This is a flick that could have been a silly and over-the-top throwaway.  But thankfully the film makers together with a commendable cast took the story in a whole different direction.  And they wound up with a fresh and engaging take on friendship, love and loyalty.

Seann William Scott is blissfully ignorant as a man/child with the capacity to become a fearsome enforcer.  His character says those bluntly candid things we all would like to if we didn’t have a filter.  Alison Pill is his too-cute-to-take girlfriend who falls helplessly for the big guy’s honestly innocent charm.  The seemingly ever-under appreciated Liev Schreiber delivers a memorable turn as an aging hockey thug giving it one last roundhouse swing as he rides the downhill slide to the end of a black-and-blue career. And Jay Baruchel is just flat-out funny and whacked-out as hell as Scott’s best friend.

Be cautioned, however. The violence is jarring and brutal. But, hey, no one ever confused Pro Hockey with playing patty-cake.

This one could have been mindless. The good news is that it not only has a brain, but a big ol’ heart to go along with it.