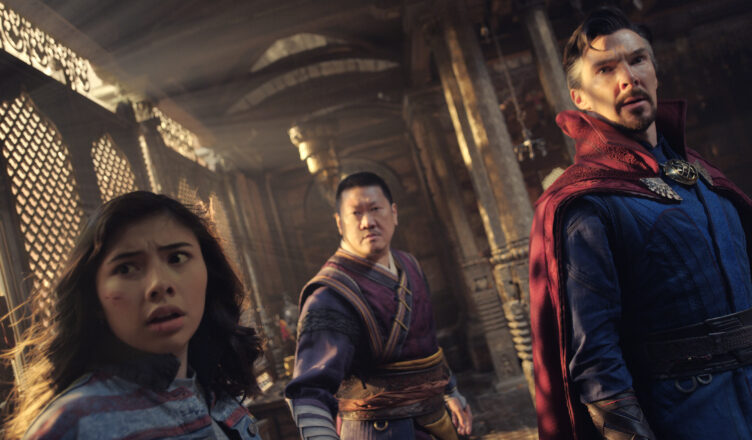 Doctor Strange in the Multiverse of Madness features the horrifying death of beloved character Mister Fantastic and the genius behind the scene was none other than Marvel Studios President, Kevin Feige. Doctor Strange in the Multiverse of Madness was directed by Sam Raimi and centers around Doctor Strange (Benedict Cumberbatch) desperately trying to save America Chavez (Xochitl Gomez) from the Scarlet Witch (Elizabeth Olsen). The film opened in May of this year and was praised by fans and critics alike and excelled at the box office. 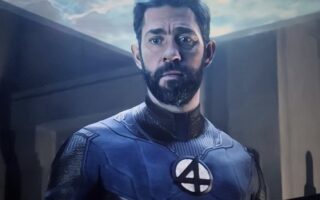 In Doctor Strange in the Multiverse of Madness, The Illuminati goes toe-to-toe with the Scarlet Witch in an incredible scene. Mister Fantastic (John Krasinski) leads the charge after the tragic death of Black Bolt (Anson Mount), and is dispatched of in seconds. His body is literally torn apart and dismantled.  Julian Foddy, Industrial Light & Magic VFX Supervisor, recently spoke with Befores and Afters and explained that the scene in question came directly from the mind of Kevin Feige. You can see the full comment below:

“The starting point [for Mr. Fantastic’s death] was some reference that was passed to us by [VFX supervisor] Janek Sirrs directly from Kevin Feige. It was someone passing a lump of modeling clay or Play-doh through a garlic press. Janek also had some reference of the Play-doh ‘Barber Shop’ toy, which was a little figure with holes in the head and you’d turn a handle and the Play-doh would come out. That was the kind of look we were going for.”

The scene in question was brutal, that goes without saying. Mister Fantastic was shredded to ribbons. It wasn’t the only horrific scene in the film by any means, but to see one of the oldest and most beloved Marvel characters dispatched in such a way was truly mortifying. With all the being said, the scene is still brilliant. The death of the Illuminati was tragic in many ways, but it showed just how powerful Wanda had become. It was also the jumping off point to the film feeling like a bona fide horror movie. Marvel Studios has always pushed the limits of sub-genres, but this was one of their finest to date. You can catch Doctor Strange in the Multiverse of Madness on VOD or streaming on Disney+.

Film Synopsis: Doctor Strange teams up with a mysterious teenage girl from his dreams who can travel across multiverses, to battle multiple threats, including other-universe versions of himself, which threaten to wipe out millions across the multiverse. They seek help from Wanda the Scarlet Witch, Wong and others.