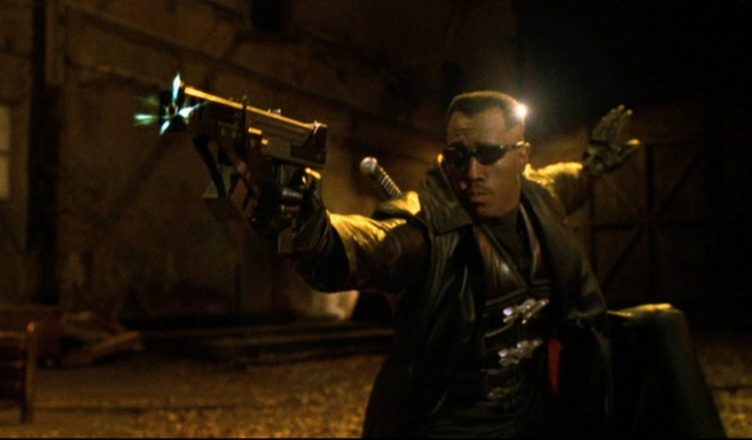 Blade is practically a beloved movie in Marvel history. Blade’s success at the box office in 1998 was impressive earning over 131 million. The movie was a surprise at the box office since it was both a Vampire and a Superhero movie. Marvel is starting to move forward with filming for a new Blade movie with a new star in Mahershala Ali. We’re expecting the new movie from Marvel to be a reboot without any connection with the previous films. Fans are wondering if the original series star Wesley Snipes aill appear in the new version of the vampire movie from Marvel. We’re learning that Wesley Snipes commented and is sharing that he has not yet been asked to appear in the MCU’s new Blade Movie:

“No, not as of yet,” Snipes reveals before going on to joke, “I’m still working on my acting skills. So when I come up as an actor, maybe they’ll reach out and say, ‘Let’s have a conversation,’ or maybe they don’t feel I’m ensemble player.”

The actor previously gave Mahershala Ali his blessing in taking over the mantle, saying he has no emotional loss from not being cast as the character in Marvel’s new franchise.

“We spoke. The issue of him being cast wasn’t between us, I’m cool with that,” Snipes shared with Yahoo!‘s Kevin Polowy. “I don’t walk around as Blade, so I’m not attached to the character like that. I feel no emotional loss, zero, and I’m happy that he’s being recast and will more than likely do a great job.”

Marvel isn’t sharing much information on the new Blade movie’s plot or cast. We know filming for the new movie will be soon with Marvel finalizing schedules. The new film will begin filming either in July or October 2022 with Bassam Tariq directing.

I think it would fit right into Marvel’s latest fascination with character cameo’s to have Wesley Snipes appear in the movie. There’s still time to cast Snipes to appear if Marvel chooses to go that route. Wesley Snipes has been enjoying a quiet career renaissance of late. Snipes is still enjoying praise for his performances in Coming 2 America and True Story with Kevin Hart.