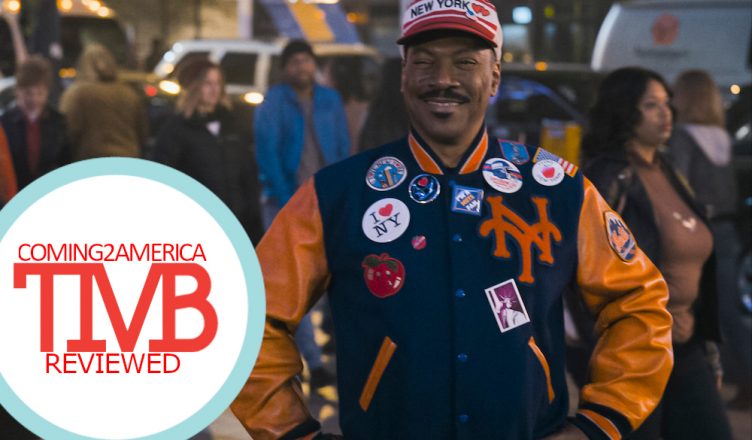 Coming 2 America is the sequel to Coming to America, which told the story of a prince in search of love. Now, years later we revisit these characters in a new adventure as he meets his long-lost son. 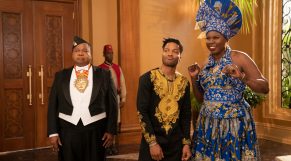 The casting in this film is totally fantastic.  Arsenio Hall deserves a lot of credit as he’s, arguably, the funniest performer in Coming 2 America and legit provides scene-stealing comedy. Normally don’t like Jermaine and Leslie’s style of comedy but they address that immediately. These two show up delivering some great performances and hard-hitting jokes that shut me all the way up.  Then there’s Wesley Snipes who finds a way to steal and command the scene every time he shows up. Wesley is downright hilarious with his character committing to the audacity of his character and situation. 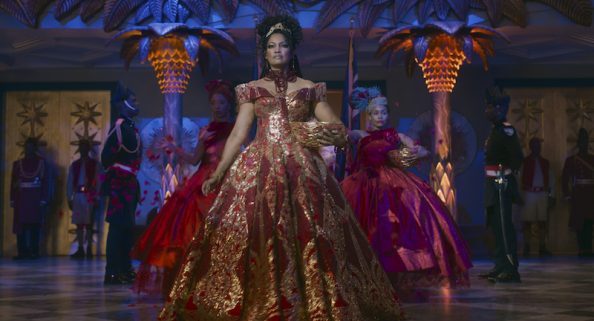 There’s a dense aura of excitement surrounding Coming 2 America. There’s a sense that this movie is a celebration of the original film as much as it’s a sequel. It’s noticeable that the actors have tons of fun making this movie. Wesley Snipes and Leslie Jones deliver some scene-stealing performances each time they appear. Eddie Murphy and Arsenio Hall were as sharp as ever reprising characters and introducing new ones.  In addition, we see cameos from folks like Morgan Freeman and Trevor Noah and lots more. These fun cameos and surprise appearances sprinkled throughout add a lot to the enjoyment of Coming 2 America. 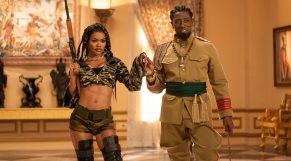 The set designs are stunning. Coming 2 America does a fantastic job of bringing the lush country of Zamunda to life. My expectations were high and Coming 2 America somehow subverted my lofty Wakandan expectations.  The wardrobe is beautiful and I’m getting more accustomed to the idea of African royalty in American film. There are some gorgeous costumes in this movie that are pure eye candy for the viewer. 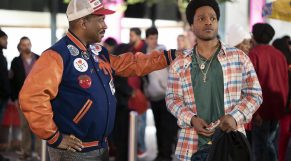 The story is a bit flat. Prince Akeem having a bastard son is poorly executed, (though somewhat funny). His circumstance of being bullied by a militant leader of a rival nation is out of character for warrior prince Akeem. The lack of attention to the daughters of prince Akeem is probably one of the biggest travesties of the film. The entire premise of the film is about how the prince overlooks his daughters for someone else and coincidentally these characters don’t receive nearly enough screen time. 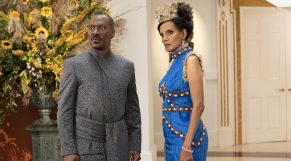 Shari Headley felt like she wasn’t enjoying her return to Zamunda and comes off as low energy compared to the rest of the cast. Eddie Murphy does his best to carry the scenes they share, but they’re still duller moments. There is one moment where Shari does provide high energy, and it’s when she throws Prince Akeem out of his bedroom! In hindsight, I think I liked her character in the original when paired with her sister who, sadly, doesn’t appear in this sequel.

Some of the recycled jokes from the original Coming to America miss the mark. Bringing back McDowell’s and the brief appearance of Louie Anderson is a nice homage but seems completely out of place. Why is Louie Anderson’s character even in Zamunda? The scenes with the barbershop also seem shoehorned for nostalgia’s sake. They are actually really nice callbacks for us fans of the original movie, but they are more of a distraction. 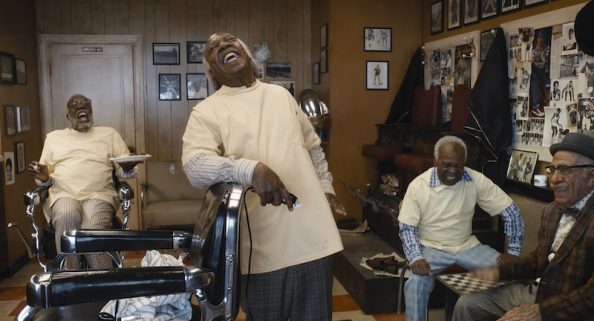 The setting takes place almost entirely in Zamunda. I feel guilty putting this in the Bad field as I remember during the entire first movie I wanted to see more of Zamunda.  A lot of the charm of the first movie was because of the culture shock Prince Akeem experiences in his travels. Queens is a very different place in 2021 and I want to see Akeem explore 2021 Queens head-on. Coming 2 America hints at this idea by mentioning how the neighborhood has changed in one of the Barbershop scenes but we don’t see the characters explore. I really hoped we would see Akeem and Simi revisit more of Queens and New York.

It’s honestly cool to revisit these characters after so many years. I’d totally be okay If Eddie Murphy just pumped out sequels to his 80s movies for the next 10 years. There are jokes that work in this movie and a lot that don’t. I love how this movie is a celebration of the original film but it doesn’t do enough to stand on its own. I would recommend this movie if you are a fan of the original but I would have a hard time suggesting this movie on its own merit.