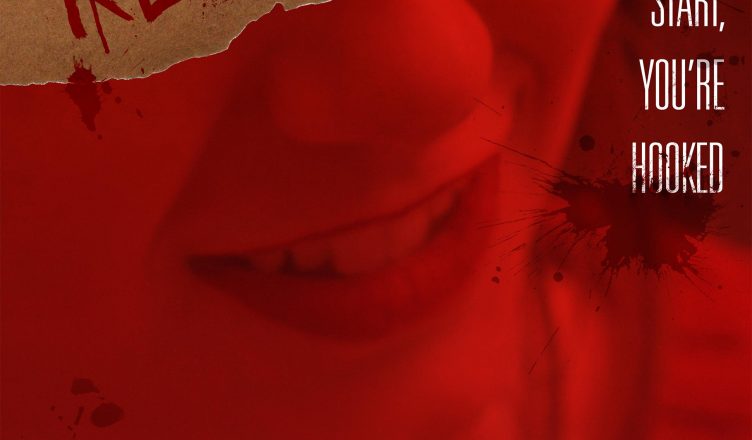 Catfishing is basically a job these days.  It takes a lot of time and energy to get to that end goal.  That goal is different for everyone.  Some people catfish for attention, some catfish for revenge or to catch a cheater and some catfish for money.  Oh yes, its a thing.  There are people out there who catfish others specifically to get money and gifts from them.  The main character in this film, Clara, is one of those people.  Clara is a teen who seems to be seeking attention from the wrong places.

This horror/thriller was well made with excellent sound quality.  I felt those shovel smacks to the face.  The moments where it was supposed to be dark and spooky it definitely felt dark and spooky.  My favorite characters were Kimmy and Deja, Clara’s friends who seemed to be the voices of reason in this movie.  I am a horror movie fan so I kind of wish there were more deaths in this movie but it probably wouldn’t make sense if they killed off more people.

Something I thought was pretty cool was the ending.  I liked how, when they revealed the killer, he walked off “into the sunset” in slow motion while they showed scenes of how he pulled off everything.  It cleared some things up for me because I was confused at some parts so I appreciated the clarification.  It reminded me of that killer reveal scene in Identity when the killer walks away and we see how he managed his kills. I went into this movie fully expecting a straight up catfish tale and although the main premise was that Clara was catfishing guys for money and gifts, they really strayed away from this in my opinion.  I wish they would’ve focused more on the catfishing.   One inconsistency that I noticed was that towards the beginning of the movie it seems Clara is “acting out” because she’s not getting much attention from her dad but throughout the film it seemed that her father was very much around.  He worked of course so he wasn’t around all the time but he didn’t seem neglectful at all.

This movie was all over the place.  Felt like there was too much going on.  They had the catfishing by Clara, then Clara’s boyfriend who became her ex and his asshole tendencies, then they had Clara’s friend Deja trying to deal with this kid Micah who tries to sabotage her educational goals, then Kimmy who was Clara’s friend who didn’t seem to really get a good storyline (and I think she should have) and then there was Jacob who was seemingly the good Christian kid in school who’s mom Betty worked at the school and was I guess I would say, troubled.  All this made the movie way too long.  There were definitely things that could have been cut out.  I can see how all the pieces fit together to tell the whole story but I just feel they didn’t need so much filler.

Overall, I would recommend you watch this film.  It’s a decent story with a good premise.  You can check out the movie on Vimeo.  Also, check out @fisherthefilm on Instagram for more info on this flick.