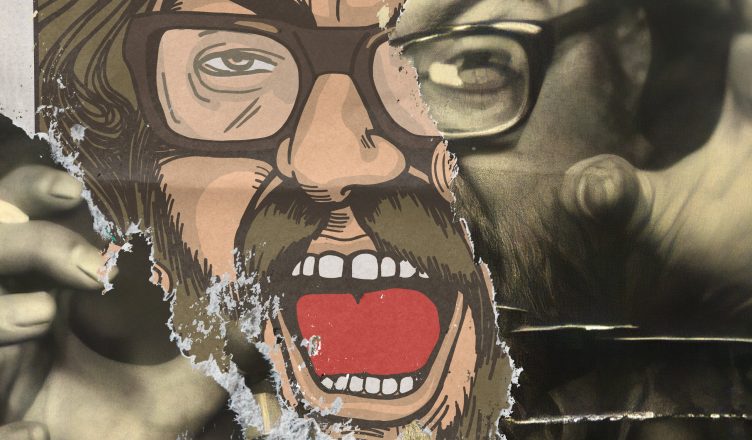 The name Del Close is not one most of us associate with the pre-eminent comedians of the past twenty-five years, but we should.

In the documentary “For Madmen Only” from Heather Ross, narrated by Michaela Watkins we learn about this guru of comedy who helped discover and ultimately shape such talents as Bill Murray and Chris Farley.

The early performances onstage by famous comics is legendary.

Who was Del Close? And what, exactly, did he do to help that impressive list of comics get their start?

In 1960 Close moved to Chicago, his home base for much of the rest of his life, to perform and direct at Second City, but was fired due to substance abuse. He spent the latter half of the 1960s in San Francisco where he was the house director of improv ensemble The Committee. He toured with the Merry Pranksters, and created light shows for Grateful Dead shows. In 1972 he returned to Chicago and to Second City. He also directed and performed for Second City’s troupe in Toronto, in 1977. Prior to those Chicago years with Second City, Close had, at age 23, become a member of the Compass Players in St. Louis.

When most of the cast—including Mike Nichols and Elaine May—moved to New York City, Close followed. He developed a stand-up comedy act, appeared in the Broadway musical revue The Nervous Set, and performed briefly with an improv company in Greenwich Village.

Del Close was certifiable. He ran away from home at the age of 17 and joined the circus, working as a fire-eater and being shot from a cannon. He spent time in mental hospitals and was checked out to do his show in Chicago and then checked back in to the Cook County Hospital Psych Ward. He had had a complete breakdown while supervising the Great White North in Toronto in 1976, a Second City outpost.

From a troubled childhood that saw Del’s alcoholic neglectful father commit suicide came a highly intelligent and highly creative comic genius who was devoted to promoting improvisation as an entirely separate art form, which he called “Harold.” He also supervised a magazine for D.C. Comics called “The Wasteland,” although he admits, “Most of our readership didn’t quite get it.”

This documentary written by Alan Samuel Golman and Heather Ross describes Close as “a living legend in comedy.” Bill Murray organized a deathbed party for the inveterate smoker, who refused to quit even when emphysema was killing him.

The Del stories involving pot, alcohol and psychedelics never quit, starting with groups like the Merry Pranksters and continuing on until his death. Close died on March 4, 1999, at the Illinois Masonic Hospital (now the Advocate Illinois Masonic Medical Center) in Chicago, five days before his 65th birthday. An early birthday party was held for him by Bill Murray, who summoned many of Del’s former students to his bedside, a party which is on film in the documentary.

Close bequeathed his skull to Chicago’s Goodman Theatre to be used in its productions of Hamlet, and specified that he be duly credited in the program as portraying Yorick. Charna Halpern, Close’s long-time professional partner and the executor of his will, donated a skull—purportedly Close’s—to the Goodman in a high-profile televised ceremony on July 1, 1999.

A front-page article in the Chicago Tribune in July 2006 questioned the authenticity of the skull, citing the presence of teeth (Close had no teeth at the time of his death) and autopsy marks (Close was not autopsied), among other problems.

Halpern stood by her story at the time, but admitted in a The New Yorker interview three months later that she had purchased the skull from a local medical supply company. Halpern is shown onscreen bemoaning the fact that the public learned that this was not, in truth, Del Close’s real skull.

This film is a tribute to the creative comic who lived and taught this credo:  “You have a light within you. Burn it out.”

“For Madmen Only” Is Biography of Comedy Legend Del Close

Who is America Chavez in Doctor Strange 2?