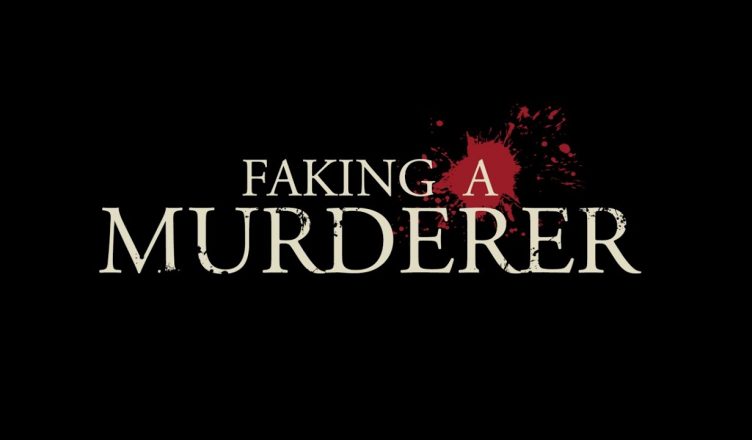 Me, as it happens.  I totally bought into the notion that everyone was in on the gag in the new crime mind-mucker “Faking a Murderer”.  Turns out they weren’t, oh rused reviewer.

Director Stuart Stone and Producer Adam Rodness co-star and co-wrote this story of a couple of conniving Canucks co-conspiring to con cash out of investors to investigate a social media sack o’ sicko sleaze who may or may not have whacked a woman.

I interrogated both Stone and Rodness and coaxed the following confessions…

Talk about what “Faking a Murderer” tells us about Blind Ambition and success at any cost.

Adam Rodness (AR): I always say that things will work out for you if you truly believe. And I mean truly. This story is a love note to that mentality. Two ordinary guys, doing what they love and will stop at nothing to succeed. After all, sometimes we just need to block out what is happening around us in order to do the impossible.

Stuart Stone (SS): The old expression, “you can do anything you put your mind to”, isn’t BS. You can literally manifest anything, but it doesn’t just magically happen. If you are willing to do ANYTHING and EVERYTHING to make your goals happen, you are automatically giving yourself a 100% better shot at making it happen. Of course, when doing ANYTHING and EVERYTHING to make it happen, learn from your mistakes and try to obey the laws and stay out of prison. ;)

Your film bludgeons us about the skull with a two by four over these final frames when the tone of the story jarringly shifts.  Without giving these pivotal moments away, hints of similar dynamics we see in “Taxi Driver” and “Straw Dogs” splatter across and soak the screen.  Does this manner of comparison resonate?

AA: Absolutely, and must I say very flattering to be mentioned among those films. In my opinion, these scenes you speak of are what makes the film an actual movie. The swerve that no one expects and the moments these characters choose to deliver what they promised. It’s the ultimate juxtaposition which puts the movie in a whole new light.

SS: Love those comparisons. Those are classics. I love when I’m watching a movie, and the ride I think I’m on, isn’t the ride I get off of at the end. We try to do that in all of our films.  This particular one gave us the chance to pull the BIGGEST swerve we’ve ever attempted and I think we nailed it. The last impression you have to make on your viewing audience needs to be the biggest impression you make on them. Go big and go home.

Indie film fans are always taken by the process of putting a project together on typically limited budgets.  Outside of gathering financial backing, what are the consistent challenges of bringing your creative vision to fruition?

AA: The two things every producer wishes they had was more time and money. On any given shoot day we are dealing with cancellations of interviews and or locations. Things had to be solved on the fly, which is what I feel is my strong suit. I love working in fast paced environments where solutions need to be executed in a more than timely manner. However, you are only as good as your team, so having those key crew members behind you is what makes this possible.

SS: We have to wear almost every hat when making these movies. You also have to assemble a team that is motivated to make something special because they love movies like the one you are making. You also have to get very creative and almost reverse-engineer your screenplay based on the budget you think you can actually raise to make the movie. You literarily have to create magic using limited resources, so make sure you have some good magicians on your team!

As a reviewer of indies, I am consistently struck by the level of quality talent in front of the cameras.  These are true pros who clearly care about their craft and doing their damnedest to bring their best to the project, to hell with the compensation.  The cast of “Faking a Murderer” provides yet another prime example.  Even though most we meet aren’t hip to the goof, talk about the impressive performers in your movie, and the process of recruiting top-notch acting.

AA: Nailed it! Never be embarrassed to ask! Relationships are what makes this business move. I was lucky enough to work with both Tony Nappo and Philip Jarrett in the past and was blown away at their work. We just knew we had to have both of these talents in this film. In fact, I don’t even think we auditioned anyone else for those roles, we just knew they were the ones. Anyway, my point is, always be nice on set no matter what role they play, because you never know when you will need to call in those favors. Plus, it doesn’t hurt to have some cool creative to sell them on. ;)

SS: These guys are BOTH legends and we already knew that going into it. But actually being in scenes with them, it was apparent how much of an understatement the term “legend” is. They both 100% got into their roles and seamlessly blended in with our cast of over 50 REAL (not actors!) people helping us to bring this magical illusion to life. They were so brilliant and it was very hard for me personally to get through scenes with them because I was trying not to laugh or, in Tony’s case, scream! Shout out to Josh Cruddas and Bill MacDonald who were also so great. These guys were so good, they even fooled us.

Vegas has set the over/under for your characters uttering/shrieking “fuck” in “Faking a Murderer” at 153 1/2.  What’s your wager, fellas?

AA: LOL. Gotta take the over!

As native countrymen, how proud does it make you to directly and prominently contribute to and help build the Canadian independent film industry? 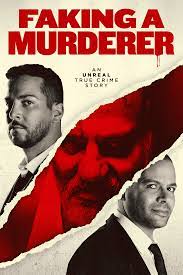 AA: This has been a dream coming true for the past 20 years. We are lucky to reside in a country that backs their talent and helps fund their stories. I also love the fact that the Canadian industry is really taking more risks with the content being produced. We are very proud to be considered a force in the indie world and can only hope to continue our contribution to this great industry and country!

SS: It’s honestly such an honor that we don’t take for granted ever. There are so many talented filmmakers and story tellers and performers in Canada that deserve to have the same shot that we got. The independent film scene in Canada is overloading with greatness, we are just so excited to be a part of it!

“Faking a Murderer” is available for viewing beginning Friday, August 6, through both Video On Demand and Digital platforms.

I totally bought into the notion that everyone was in on the gag in the new crime mind-mucker “Faking a Murderer”.  Turns out they weren’t.