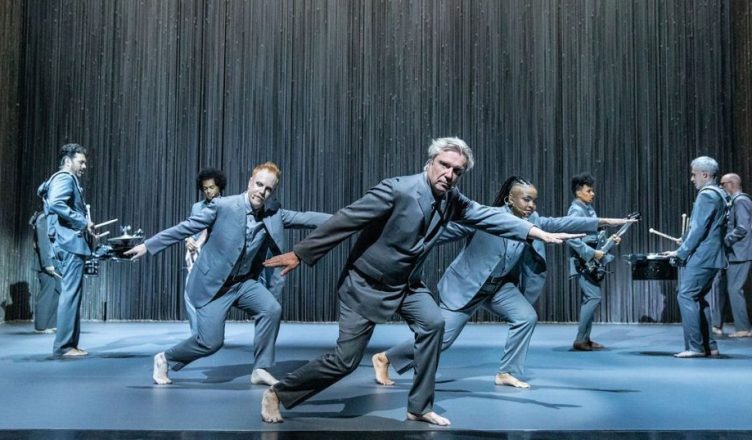 Producer and director Spike Lee in collaboration with renowned singer-musician David Byrne brings you a concert movie which is all set to rock the stage! Byrne released his solo studio album “American Utopia” on March 9, 2018. Following this, he staged a rock concert on Broadway at the Hudson Theatre in New York on October 20, 2019 that comprised of himself in the lead along with eleven other renowned international musicians. This staged concert was a modified version of the album which comprised of songs from the album itself along with several other songs throughout Byrne’s career. The musicians performed with wireless and portable equipment and danced barefoot. They were all dressed in sparkling sliver-blue suits which added a dazzle to their performance.

I think Lee and Byrne truly deserve some praise here. Lee and Byrne bring an iconic masterpiece of performance back to life in 2020 in the big-screen musical American Utopia. Here you will see Byrne and his group burn down the stage with their amazing performance!

American Utopia is a crowd pleaser indeed. Upon watching the film, I can feel that the camerawork has been just done to perfection to capture this mesmerizing choreography. The performances of the musicians and the show’s staging have been captured precisely. The giddy camera placement and close-up shots of the musicians during their performances will truly reveal their energy and joy they take in doing their job. And I must say the camera angles which comprise of head-on shots, shots from the ceiling, and audience views of the performers are simply remarkable. I personally am all praise for cinematographer Ellen Kuras and editor Adam Gough for making a stage concert-show even more visually enticing with their camera and editing tactics.

Byrne sets the stage on fire! 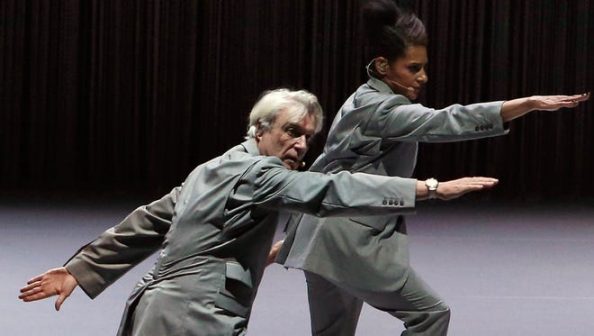 The Talking Heads lead really sets the stage on fire along with his group. I find the most amazing aspect of the performance to be their carrying wireless amplified instruments like drums, guitars, and digital pianos and strolling throughout the stage. I must tell you when I saw this it gave me an immense sense of frictionless freedom.

Byrne with his lead vocals, dance, and occasional guitar thrilled the audience with memorable songs from his career. My personal favorite songs from the film include “This Must Be the Place (Naïve Melody)” and “Burning Down the House”, which have been taken from the “Speaking in Tongues” studio album of the Talking Heads. I also found the “Here” song from Byrne’s “American Utopia” album interesting. It’s actually a song about the brain where Byrne tells us about losing neurons while growing up. What’s more, there are songs which I feel are sure enough to blow one’s mind! “Don’t Worry About the Government”, “I Zimbra” and “Everybody’s Coming to My House” sounded extraordinarily good to me and I felt like viewing Byrne and his group perform these tracks and over again!

Why the democratic controversy?

I believe “American Utopia” to some extent may not live up to its concept of democracy. Here Byrne connects the adjective “American” with “Utopia”. This in fact expresses an idea that cosmopolitan liberals are hazardous for America’s well-being! But wait! Isn’t there a song titled “Blind” in the film where an ironic line goes “all in the name of democracy”? I think Lee and Byrne might have forgotten to relate this democratic concept here in the quest of making the film a big hit.

Lee and Byrne fall for race-baiting!

Well, so much for “Stop Making Sense” of the Talking Heads. “Stop Making Sense” favored the implication of black sensuality and spirituality in American pop music. However, I believe “American Utopia” portrays just the opposite! In this era of Black Lives Matter, I think it only goes ahead to represent Blacks as victims. Several photographs of black victims and those of their funerals were included by Lee and Byrne in the motive of making these individuals as folk heroes. I feel such an idea will only portray the image of Blacks as social victims rather than implicating any sense of black spirituality into American pop.

If you ask me, I will opine that “American Utopia” is one gem among Hollywood’s creations. Byrne falls short of praises from my behalf for structuring an amazing screenplay alongside a dynamic performance that’s more than enough to keep a mass of live audience wanting for more! Lee’s magical craftsmanship and Byrne’s amazing music jointly thrill the audience to the extent that makes this film not just the next best thing, but the best thing to have ever happened in musical history! 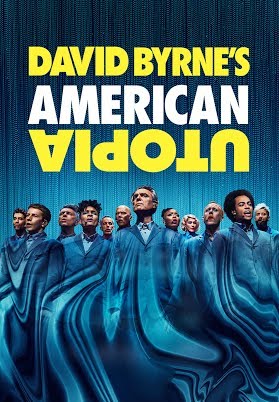