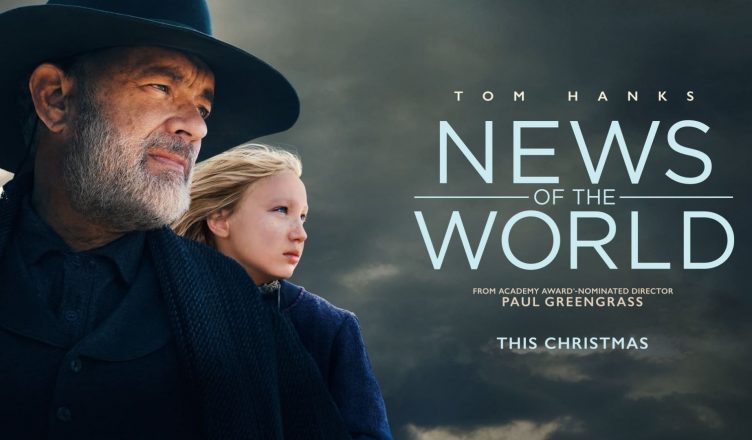 News of the World is an American western drama which is all set to release this Christmas. The film is based on Paulette Jiles’ novel of the same name. With Tom Hanks as the protagonist, the movie also stars the very talented German actress, Helena Zengel.

The plot revolves around a Civil War veteran (Tom Hanks) who plays the role of Captain Jefferson Kyle Kidd. He moves around in his horse carriage and gets paid for sharing news from around the world with local people. On his journey, he encounters an orphaned young girl named Johanna (Helena Zengel). After realising that she cannot speak English, Captain takes a reluctant Johanna under his wing and decides to return her to her aunt and uncle. What follows is a life-changing journey for both of them as they gradually form a strong bond with each other.

The trailer of the film was dropped by Universal Pictures on October 22.

Tom Hanks is an impeccable actor who never fails to impress with his acting. His Old West persona in this film also looks very promising. However, I think that the child-actress Helena Zengel might just take the cake in this one. Her character of Johanna seems very complex and Zengel flawlessly captures its depth. Zengel was earlier seen in the German film System Crasher and won several awards for the same.

The film trailer has the perfect amount of thrill, action, emotions, and Tom Hanks. It kept me hooked till the very end.

News of the World is co-written and directed by Paul Greengrass. It will be in theatres on December 25, 2020.

Seems like we have one more reason to look forward to December this year!