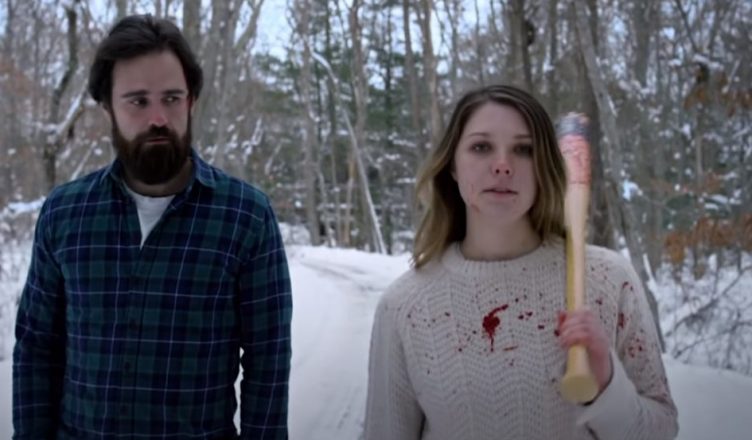 Welp, it’s Summer 2020 and it’s beginning to look a lot like a horror show so why not watch a holiday themed horror short? Holiday Fear is a bloody great one.

As with many short films, this one leaves the viewer to their own imagination — in the best possible way. As the scene begins, it starts off with full action — a bloody gory scene! It automatically intrigues you to learn more about the characters and just what the f* is going on here!? As a viewer, I was creating a full narrative leading to the opening. When you hear the first lines of the only two characters in this short film, your assumption would be that they are “the good ones”. Moments later you’re wondering “wait…are they?, maybe I was wrong! Who are these people? Is this a game to them? Are they f*ing with us?” And so on and so forth…

Let’s talk about the audio in this short. BIRDS or CROWS , are the creepiest sounds in horror film. I don’t stir easily but I  was freaked out by the sounds during in the short. In any case, what I loved most about this short horror is that the woman is the a true bad ass or is she just a psychopath? You’ll be left wondering! Major props to the acting and directing in this short. It was worth the watch in under 4 mins.

It may be cliché to say for a short film but I just wish it was longer! I feel empty inside. So. Many. Questions.

Also I was distracted by the fact that the actor looks a little like Jim Carrey with a beard.

Don’t be a pussy and watch this short film. Also when you do, come back to this review and re read that :) Meow.

Holiday Fear, 'tis always the season for this Horror Short