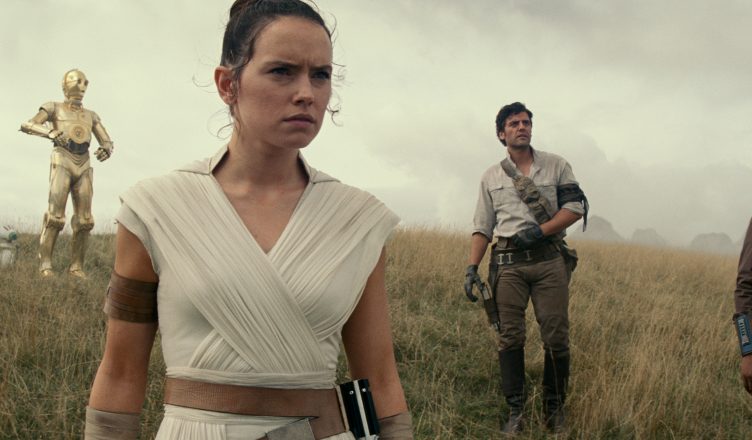 Lucasfilm and director J.J. Abrams join forces once again to take viewers on an epic journey to a galaxy far, far away with Star Wars: The Rise of Skywalker, the riveting conclusion of the seminal Skywalker saga, where new legends will be born and the final battle for freedom is yet to come. The surviving Resistance faces the First Order once more in the final chapter of the Skywalker saga.

A bright spot for Star Wars: The Rise of Skywalker is that it certainly doesn’t hold back with delivering on some fantastic action scenes. I thought it was really cool how they were able to find a new way to show us a chase scene  in space. While The Last Jedi  gave us an innovative maneuver with space ships, we now get some exciting unique tactics used in The Rise of Skywalker.

In addition to that, the cinematography was handled pretty well. We get a nice blend of camera angles and transitions that keep you engaged during many of the suspenseful action sequences. I think you can really notice that with the light saber and space ship battles. The camerawork was handled in a sufficient way that allows you to follow and take in all of the action going on.

Another highlight for Rise of Skywalker will come in some aspects of the story. I thought that Rise of Skywalker handled many of the emotional beats very well. Thanks to some well timed cameos, Rise of Skywalker tapped into the feels by providing some moments for memorable characters to complete their story arcs.  Billy Dee Williams as “Lando” appears in Rise of Skywalker and is just as fun as he was in his original appearance in The Empire Strikes Back.  Lando’s character doesn’t detract from the story, but instead adds to it. There were also some touching scenes with Carrie Fisher as “Leia”. I thought these scenes gave “Leia” some much deserved focus and background information.

Another positive story element in Rise of Skywalker is that we get to see some new Force abilities at play. We got a tease of new abilities in The Last Jedi, but we definitely get it turned up a notch in Rise of Skywalker. There’s a Force ability that we haven’t seen before, and it’s definitely an interesting power to see. What I appreciated was how the new Force power can be used for both good or evil; that way we still maintain some continuity with the Star Wars themes.

Moving on, the performances in The Rise of Skywalker were pretty good. I think that Daisy Ridley (“Rey”) put on her best performance compared to the previous two films in this trilogy. Ridley was able to effectively communicate her internal struggles and emotional toil as we discover the truth about her identity. I think that Ridley’s performance was strong enough to overcome a rather weak script for her character. In a similar way, Adam Driver (“Kylo Ren”) delivered with his performance as well. I thought Driver was able to refine his acting to be a bit more focused when it came to communicating his character’s frustrations and emotional state. Compared to Force Awakens, Driver showed us much more range in his delivery.

I won’t dance around it, but the writing for The Rise of Skywalker was simply terrible. There were so many things that were just thrown at us, rather than having a natural flow to the plot. Much of the story felt  under developed or not well thought out. The writing made a number of things suffer so let’s start with the characters first. Kylo Ren, I believe, took the biggest hit with his character. From the Force Awakens we got a nice subtle look at his character but there always seemed to be a predictable sense of the direction he would take. Jumping to the Rise of Skywalker, his character is in the same predictable state. Regardless of the direction or decision his character makes, I don’t think the writing allowed for him to go through some real changes and instead he just kinda went through some minor changes. Let me put it to you this way; the movie will tell you that Kylo is going through this or that emotional state, but I didn’t think it was written well enough to make you believe his journey was genuine.

Another character I thought was mishandled a bit was Palpatine. I won’t go into spoiler details, but his inclusion to the film felt like a mere plot device. In fairness, I did like how they made his character a legit serious threat; greater than ever before. However, I didn’t care for how they tried to force him into this story and still manage to leave basic questions left unanswered.

The next victim of the bad writing was the backtracking from The Last Jedi. This film’s direction and plot felt like it’s sole purpose was to undo what the previous film established, rather than to conclude the entire saga. We literally have characters undoing what they did or believed in from the last movie, and back tracking in terms of their character development. It was so blatant at times that a character would do the polar opposite of what they did in Last Jedi and then openly admit “I was wrong”.

Another problem with the writing is how they introduce things that don’t get developed later in the movie. I believe you can see that happening with some of the new characters that seem to be there for one reason but end up going nowhere. It’s strange because there seems to be a sense that this or that character may have a romantic interest but we never get a clear picture of how many of the relationship dynamics work. It’s almost like the writers would start with a story point or character and just never follow through with it.

Unfortunately, the movie overall was fairly predictable; and I mean predictable even for a Star Wars movie. I think part of the problem was the placement of some of the reveals or twists. For example, the film does address Rey’s past, however when it gets revealed it felt kind of flat. Had some of the mystery of her past been built up and slowly revealed closer to the end, I think we would’ve had a much more satisfying payoff. The answer to her past itself is interesting, however the execution in which they let audiences know isn’t the best. Given that this movie telegraphs so much stuff, it’s hard to really be surprised when something big does happen. To have so many long awaited mysteries feel rushed or misplaced in the story is just a bit of a disappointment.

Finally, I’ll just say that the final ending felt cheap and cheesy. The final battle is legit and fun to watch, but the end of that battle had a bit of an issue. In my opinion, it undermined a lot of things that the Star Wars lore and previous movies tried to establish. I thought that Rise of Skywalker had some key opportunities to really cash in on the constant themes that have echoed throughout all of the previous movies. Instead, it felt like they just wanted to go with a cliche ending that wasn’t all that compelling. Then to top it off, the very final scene of the movie, that I’m assuming explains the title of the film, was cringe-worthy. I don’t know who thought that was cute, or fitting, but it just didn’t land.

Star Wars: The Rise of Skywalker is an emotionally charged, visually stunning, and action packed close to the epic story that still manages to disappoint. It’s undoubtedly entertaining and definitely makes a strong effort to appease the Star Wars fanbase. Unfortunately, that is also its downfall because it placed pandering over good storytelling and you can tell that very easily. Rise of Skywalker did not seem interested in concluding the Skywalker saga. Instead, this film felt like a conclusion to the Force Awakens.

The same way Force Awakens felt like a remake of A New Hope, Rise of Skywalker kind of felt like a remake of Return of the Jedi. Unfortunately, we didn’t get the type of satisfying closure to the Skywalker saga because plot points were forced and didn’t come about organically. I suppose the biggest disappointment is the fact that this movie’s intention was to wrap up all the previous eight movies, and it still managed to leave some questions unanswered.

With all that said, is Star Wars Rise of Skywalker still worth watching? Absolutely. Odds are you’re probably eight or more movies invested already and it would be difficult to not know how it all ends. A theater viewing would be recommended for this because the visuals simply demand to be seen and appreciated on the big screen. I totally understand if people would rather wait, but the main reason to go check it out sooner than later is to avoid inevitable spoilers. 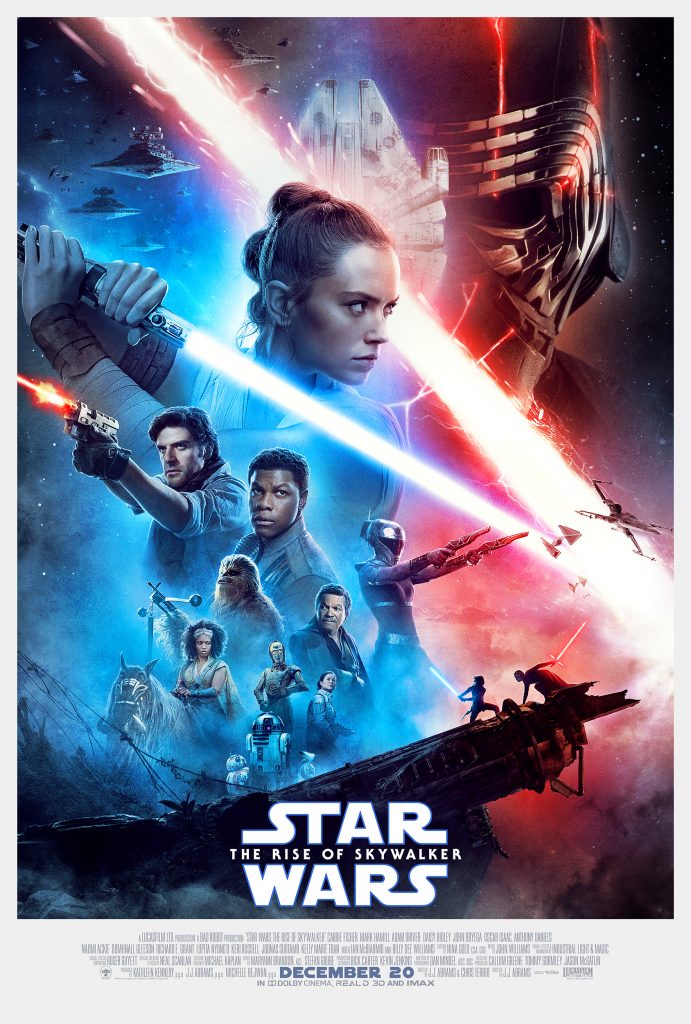