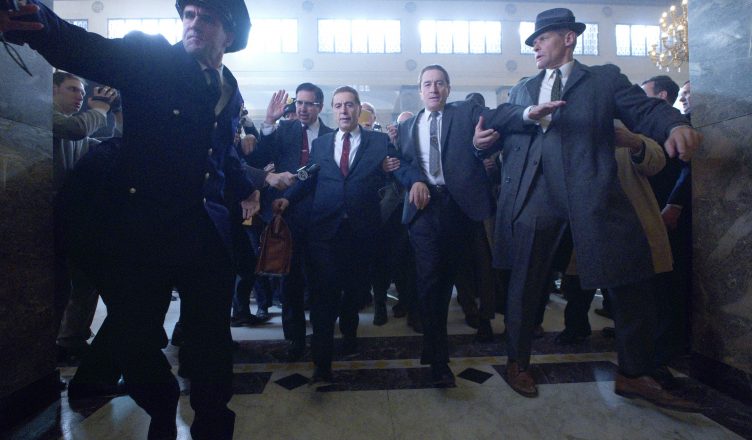 Robert De Niro, Al Pacino and Joe Pesci star in Martin Scorsese’s THE IRISHMAN, an epic saga of organized crime in post-war America told through the eyes of World War II veteran Frank Sheeran, a hustler and hitman who worked alongside some of the most notorious figures of the 20th century. Spanning decades, the film chronicles one of the greatest unsolved mysteries in American history, the disappearance of legendary union boss Jimmy Hoffa, and offers a monumental journey through the hidden corridors of organized crime: its inner workings, rivalries and connections to mainstream politics. 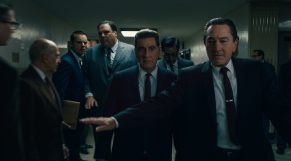 Robert De Niro (“Frank Sheeran”) was at his best in this role thanks to the writing. One of the best, and unquestionable, highlights of the Irishman will come from the acting performances.  De Niro’s delivery was stellar and very effective in making the emotional moments in the film potent. It took a while to warm up to De Niro’s character but, I think he shined the best when we began to see the latter part of his life. His interactions with his family in contrast to his actions were exceptional in their development. I loved how we were able to see his inner conflict as he reconciled with the events of his life and the effects thereafter.

Also, Al Pacino was captivating as Jimmy Hoffa. I can’t personally speak to how close of a portrayal or imitation Pacino was able to capture of Hoffa. I can say that Pacino’s performance was believable enough to convince me of Hoffa’s charisma and appeal. Pacino put his range on display when we got to see the different sides of his character’s professional and personal life. Ultimately, his performance made his character much more relatable.

Next up, I think the real scene-stealer was Joe Pesci. In a modest and silent manner Pesci was able to steal a scene by quietly uttering “It is what it is”. He delivered a performance that was able to both embrace and emote the power and presence of his character’s legend. Surprisingly, he wasn’t as eccentric or over the top with his acting as he’s been in previous roles, so to see him pull a bit of a 180 was refreshing. 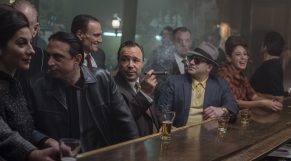 The acting in this movie was most definitely aided by a strong plot and directing. Martin Scorsese had a goal of telling a human story in film and I believe this film accomplished that goal. I found it interesting to not only see the dramatic situations unfold in “Frank’s” life, but to also then see the ramifications of his decisions. The story did a fine job of showing how friendship, loyalty, betrayal, and so many other themes can all impact the lives of the main characters and those around them.  Many of those themes resonated throughout The Irishman and their manifestations were quite effective. De Niro and Pacino have some great moments in the film that capture those themes and when they play out, it’s hard to not feel the emotion they were intending audiences to experience. Outside of that, Scorsese gave us an inside look of the Italian mafia life and its inner workings. While that was intriguing to see, I think the focus on a single man’s life and his decisions were both the real bread and butter to The Irishman. 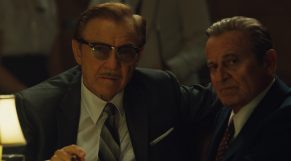 I’m not a fan of the pacing of this film because there seemed to be so many things that could’ve easily been cut out of the movie. This movie is long and you feel every lingering minute. For one, the dialogue could’ve been cut in half had it not been for all of the double talk from the characters. Every single character had to repeat themselves and over the course of 3.5 hours it started to get annoying. Granted, maybe that’s true within Italian/American mafia culture to some degree, but for the sake of this movie it was a chore. Furthermore, some scenes simply didn’t add any value to the movie itself. We had an entire scene about them talking about fish in a car. That scene just kept on going without any clear end in sight and it certainly didn’t have substantial impact on the plot. To this film’s credit, the pockets of violence and action sequences did help in picking up the pace thankfully.

Aside from The Irishman’s length, the CGI visual effects were not that good. I think this film would’ve just been better off having younger actors do some of the youngest scenes. I also think that it would’ve been ideal to have a stunt double doing some of the more physical scenes for De Niro. There’s an extremely cringe-worthy scene with De Niro’s character fighting with someone, and the whole time I was more concerned that De Niro was going to hurt himself. In fairness, Scorsese had good reason for wanting to do the de-aging visual effects in order to maintain some of the distinct mannerisms of the actors that would carry on through their characters’ lives. Nevertheless, the execution of the visuals felt average at best. The only thing that was de-aged was the face, while the actor’s bodies still remained relatively the same. It just made for an overall odd appearance. 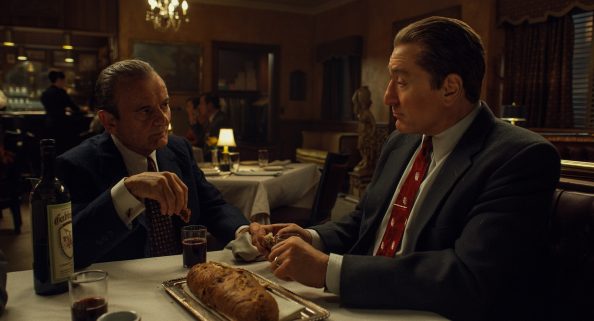 Despite mediocre visual de-aging effects, and unnecessarily long run time, The Irishman is an impeccable tale of life, regrets, betrayal and friendship. I’d hardly call this a masterpiece for Scorsese but this felt like a film he could do in his sleep. The ensemble of De Niro, Pacino, and Pesci are more than enough reason to warrant a viewing of the film. The acting in this film is just too good and the story can be compelling as well. However, because this movie is a slow drama, the length will be something people will have to mentally prepare for before watching. I think that this is the perfect film for Netflix because it would be a tad bit harder to recommend watching in theaters. At least while it’s streaming, you can pause, take breaks, or just finish the movie at your own leisure.