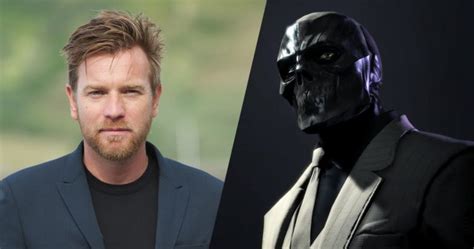 While the future of DCEU is still unclear things are still moving forward with some of their announced films. It’s been reported that the Birds of Prey movie, an upcoming films featuring the fantastic Margot Robbie, is adding to its impressive looking cast. Yesterday it was reported that Ewan “Obi-Wan” McGregor himself joined the cast as Batman villain Black Mask!

Black Mask is a Gotham City mob boss aka Roman Sionis who leads the False Face Society gang. In the comics, he killed his wealthy parents in order to take control of their corporation, but he was a terrible businessman and lost everything. He blames others for his shortcomings with Bruce Wayne being one of his targets.

McGregor joins Margot Robbie who is reprising her role as Harley Quinn, and as exclusively reported by Deadline, Mary Elizabeth Winstead is playing Huntress while Jurnee Smollett-Bell will play Black Canary.  Separately, it was reported elsehwhere that Rosie Perez is playing Renee Montoya. Sue Kroll is producing through her Kroll & Co. label with Robbie and Bryan Unkeless. Christina Hodson penned the screenplay.

I must admit that Birds of Prey is definitely looking like one of the better upcoming DC superhero films (at least on paper). I wonder if the Batgirl movie. In the comics Barbara Gordon plays an important role on the team as ‘Oracle’, leader of the team. While that film is seemingly in limbo it’s possible that if this movie continues its course that casting of Barbara could fall on director Cathy Yan.

I look forward to seeing how things shape up from here. It’s entirely possible that Warner Bros. turns everything around and gets the DCEU moving in the right direction.

What are your thoughts on this? are you still interested in the upcoming DC movies or are have you lost interest? Let us know in the comments!