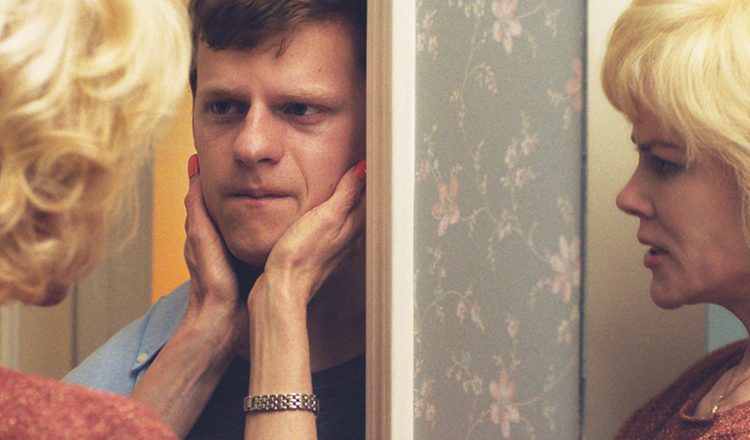 Lucas Hedges is having a banner year, with starring roles in two much-talked about films, “Ben Is Back” and “Boy Erased.” “Boy Erased” is the story of the son of a Baptist minister in Arkansas who is outed to his parents (Nicole Kidman and Russell Crowe) at age 19. As the voice-over tells us at the film’s outset: “I wish none of this had ever happened, but sometimes I thank God that it did.”

The film, written by Actor/Director Joel Edgerton (“Red Sparrow,” “Loving”) from a memoir of the same name written by Garrard Conley, deals with Jarred Eamons’ real-life experiences when he is forced to attend a gay conversion therapy program.  There are 36 states where such gay conversion centers are legal and over 700,000 “patients” have been treated in them.

I was immediately reminded of Michelle Bachmann’s husband Marcus in Minnesota, who, although not a licensed therapist with the state of Minnesota, ran such a Christian conversion camp. Bachmann, who ran for President (briefly) in 2012 (she dropped out of the race in January of 2012 after placing 6th in the Iowa caucuses) once proposed an amendment to the Minneapolis Constitution that would ban gay marriage, was anti-abortion and declared global warming “all voodoo, nonsense, hoakum, a hoax.” Bachmann also helped found the House Tea Party movement while serving Minnesota’s 6th Congressional district (2007-2015), a group whose actions and mind-set we see in evidence on the national scene every day.

The American Psychiatric Association has repudiated such “Christian counseling centers” and, just like Marcus Bachmann, the leader of the gay conversion center that Jared is forced to attend is not a licensed therapist. (In fact, we learn at film’s end that he is now married to a man and living elsewhere.)

This is an important step up for Lucas Hedges, although he has already appeared in several Oscar-nominated films —“Ladybird,” “Three Billboards Outside Ebbing, Missouri,” “The Grand Budapest Hotel” and he was Oscar-nominated for his role in “Manchester by the Sea.” It is a foregone conclusion that this role, or his role as Ben in “Ben Is Back,” will garner him another nomination for Best Actor. The scene in his dormitory room where Jared is essentially the victim of rape is extremely good, but he is good in all of his scenes in both films. I’d pick this role, because the film, as a whole, hung together slightly better than “Ben Is Back” and, quite frankly, 3 drug addict movies in, the gay conversion theme was a change of pace. (Not to mention that Timothee Chalamet is out there this year in “Beautiful Boy,” nailing the drug addict portrayal  nomination.)

Let’s not forget that 2 Oscar winners are portraying Jared’s parents. Nicole Kidman is wonderful as the courageous mother fighting for the son she loves and Russell Crowe is equally good in his scenes as the less accepting minister parent. Let’s also give a shout-out to Flea (of the Red Hot Chili Peppers), aka Michael Peter Balzary, a native of Melbourne, Australia, who does a good job playing creepy conversion camp character Brandon. In fact, with the exception of Lucas Hedges, Mr. and Mrs. Eamon, conversion therapist Victor Sykes  (played by Joel Edgerton) and Flea’s character of Brandon are all Australian, as is actor Troy Sivan (Gary) who is onstage during the Q&A.

There were many “first time” directors appearing with their films in Chicago, but this outing by Edgerton, who both adapted the memoir for the screen, acted in the film, and directed the film, was far, far better than fellow actor Paul Dano’s maiden voyage in “Wildlife,” a very disappointing film. See it if you want to have seen at least one of the nominees for Best Actor. 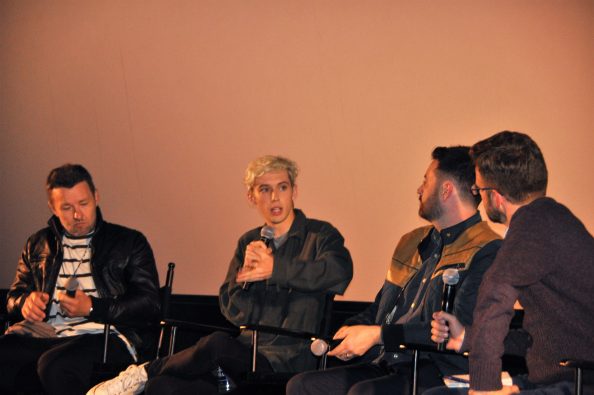