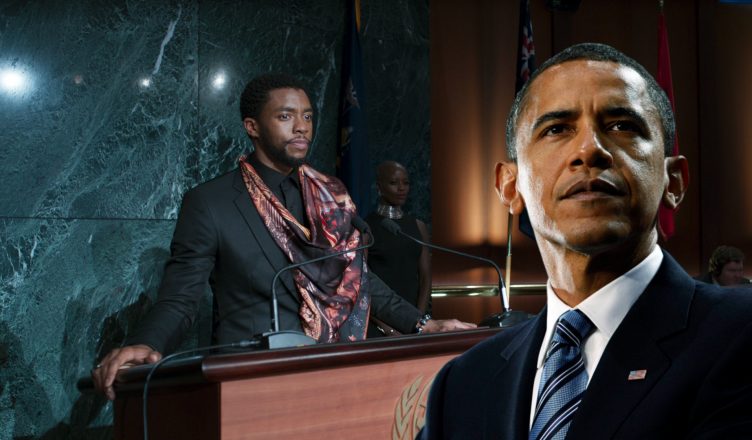 With a lot of hype and anticipation, Black Panther has a huge bar to leap for many comic book fans. It appears to have all the right pieces in place from the actors, director, writers and producer to make this film great. I’m going to explore the aspects of the film, its cultural importance, and what the “Obama Effect” is in relation to this film.

The visuals are simply amazing. The closest that I could associate this to would be the feeling of awe that people may have felt when they saw Avatar for the first time. The entire environment of Wakanda is captivating. The blending of traditional African culture with modern/futuristic stylings is just amazing.

This leads us into the technological advancements of Wakanda. On a large scale, the film really displays how far in advance Wakanda has always been compared to the rest of the world. Everything in the city looked so cool that you probably would be interested in seeing what even a Wakandan toilet would look like. Best of all the weapons and gadgets in Wakanda are amazing. What I loved about them was how they took things that we’ve seen in other films with advanced tech, except this time they made it uniquely their own. Look, if Wakanda were a real place, I would totally pack up my family and move there. 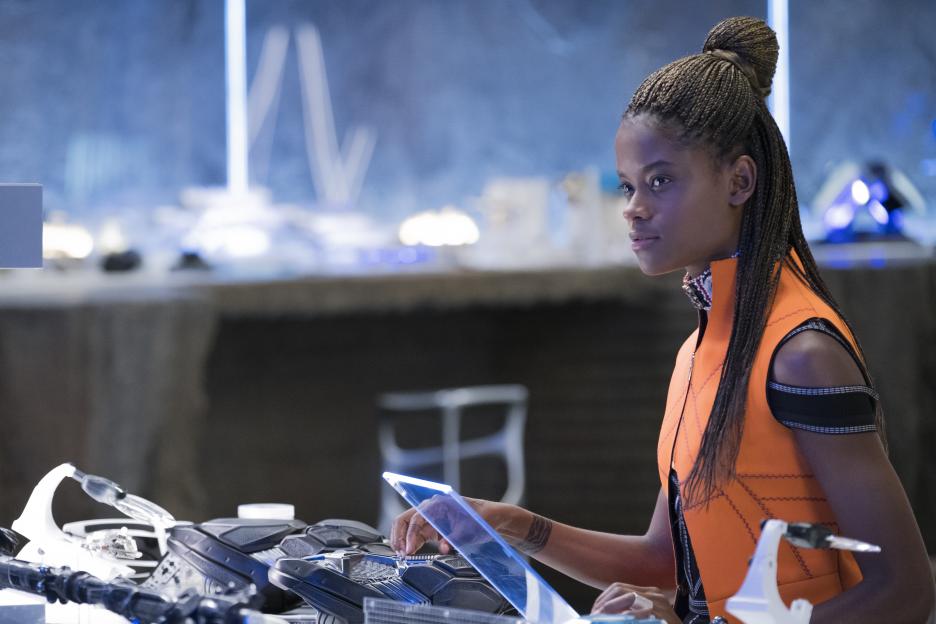 Within the movie itself, we get to explore some really heavy themes and dynamics. One of those will be how family drama and political drama intertwine with one another. The other aspect is the theme of the black diaspora and an isolated African country. Now this is more of an in-house conversation that will especially resonate with African Americans. This particular theme has rarely, if ever, been put on film to this level.

I think the writing of this film was done extremely well. I enjoyed the fact that there was sensible humor included in this film. It wasn’t over the top or forced.

The cinematography and the camera work throughout this film really helps you feel engaged with the movie. There are certain scenes that literally pull you right into the action. Speaking of action, the fight scenes were done very well and dare I say the car scene you saw in the trailers is nothing but Epic. Best of all, the score for this film is so impactful during some scenes. Don’t be surprised if you find bouncing to a couple of the beats.

Okay let’s get to the actors. We already know Mr. Biopic Chadwick Boseman was born to play this role. He was able to convey the deep burden of being a wealthy black king who happens to be a superhero. Now what really impressed me in this film was just how good the supporting cast was. For those of you who were concerned, Martin Freeman and Andy Serkis did not fall into the Hollywood trope of being the “white saviors”. I loved how they made Freeman’s character simply an ally, and Serkis’ character a villain.

Shout out to the power of #BlackGirlMagic that was oozing out of this film. Lupita Nyong’o was great as Nakia. Danai Gurira had one of my favorite scenes where she channeled her inner Viola Davis and really brought it home. I think one of the ways you can tell this entire supporting cast was so good is the fact that you really won’t miss Chadwick Boseman when he’s not on the screen.

Last but not least, I have to give props to Michael B. Jordan who plays Erick Killmonger. Killmonger was by far one of Marvel’s best and most developed villains. Not only were his motivations clear, but he was entirely relatable too. I loved the fact that they didn’t make him a straightforward and bland villain. Instead he’s just as complex and multi-layered as a good character should be. As a fan of his career, I want to say that the scene towards the end of the movie may be his best acting performance to date. 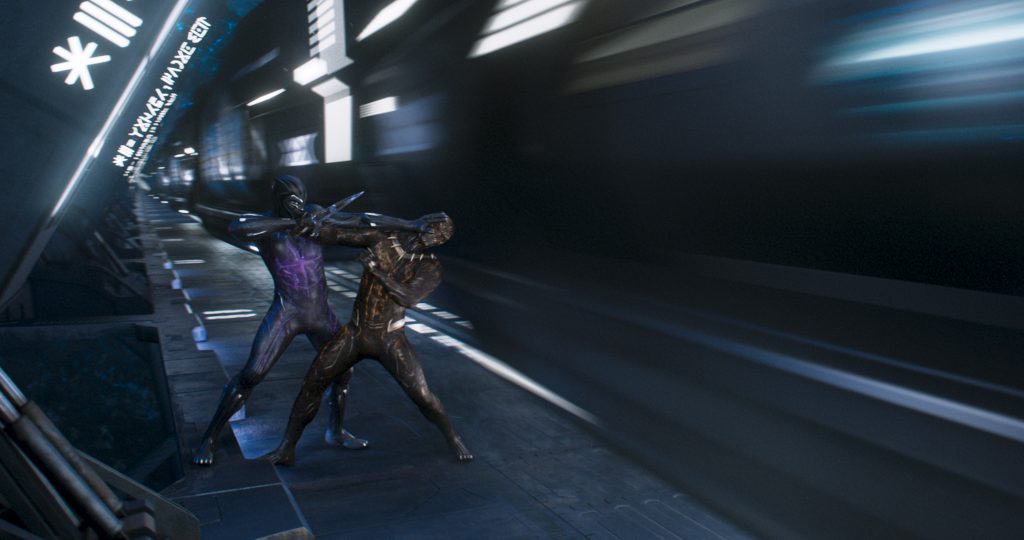 Okay…it’s time for me to be a critic and not a fan. Many of you know how much I was excited for Black Panther but I’ve got a job to do and I’ve got to be honest with the Bad’s. Probably my biggest issue with this film was that it fell victim to the “Mirror villain” problem. That’s basically the trope where the villain is a mirror reflection in powers and abilities to the hero of the story, except they just have different personalities or motives. You probably saw it in the trailer, but Killmonger and Black Panther are just two sides of the same coin. It’s totally fine to have their motivations be different, but it would at the very least be more intriguing to have a villain pose a different and unique challenge to the heroes. That makes the victory of the hero all that more satisfying at the end of the day.

Last thing, and it was really only for one scene, the movie got just a tad predictable during the halfway point. It’s not a major issue, but it is noteworthy at the least.

Black Panther is every single thing that you would want in a movie. It will have moments that tug on your heart, make you laugh, get you to think, or keep you on the edge of your seat. It breaks the comic book genre in a number of ways that makes this movie accessible to everyone. When people ask me to compare this movie with other films, the closest I could think of is Avatar meets Minority Report meets James Bond meets Lion King, meets Malcolm X and so much more. I would say that’s truly a unique and original film.

Many people will ask, “where does this rank among Marvel movies”? Well Black Panther is easily in the top 10 of MCU films, but that’s not that hard to accomplish. I would say that Black Panther is not only in the top 5 best Marvel movies, but it’s a no brainer top 3 Marvel film as well. Where exactly does it lie within that top 3? Well you’ll have to check out my upcoming video for that answer.

In a nutshell this movie is unapologetically black movie. It’s Christmas come early.  To be clear, for non-black audiences, that does not mean that this movie is confrontational either. There’s no “Blaming the Man” or “white guilt” throughout this movie. Instead it’s a celebration of blackness, and some serious conversations that happen to pertain to black culture.

I think it’s also important to note that similar to a movie like Wonder Woman, Black Panther is going to carry with it an intrinsic set of importance for black culture. This movie literally has the “Obama Effect”. And by that I mean, it’s the type of movie that black people have always hoped for but never put any stock into believing it was possible…until we saw it with our own eyes. We never thought it would be possible to have a black president…then bam…when it happened it was like the world of possibilities just flooded the collective conscious of black people in America. For African Americans especially, Black Panther is a visual representation of what a world would look like if slavery, colonization, and racism, never took hold to demonize a group of people because of the color of their skin. Black Panther gives black kids around the world an actual superhero to aspire to the same way people were able to look up to Superman. Black Panther isn’t an anti-hero like Blade or Spawn. He’s a king. A king of a nation where little girls like Shuri can be smarter than Tony Stark. Or women can be as strong and independent as Nakia and Okoye.

Now if you happen to be one of those people, who’s not black, and you scoff at that notion…then I would just welcome you to answer the question of ….Have you ever had any real difficulty in finding a superhero or role model that looked like you? And even if you have, why would you look down on a group of people who just want to celebrate a visualized dream of their own?

I do think that this film is going to have certain elements that do not resonate with everyone. That doesn’t mean those elements are a knock against the film. It’s just that some things will have a deeper connection for different groups of people. What I think we should all keep in mind is that if something in the film doesn’t speak to you directly, think of those it does speak to. At the very least we can just respect it from afar.

If you couldn’t tell by now, Black Panther is absolutely an amazing movie. It is offered in 3D and I do think that it would be worth watching in IMAX 3D too. The visuals are just too good to pass up on that opportunity. It’s a great stand alone movie, so you don’t have to feel compelled to go watch all the previous 18 Marvel movies. Of course, as we should know by now, there will be TWO end credit scenes so feel free to check those out.

If you have seen Black Panther, what did you think about it? Where does it rank for you in the Marvel Cinmatic universe? Let me know in the comments below.