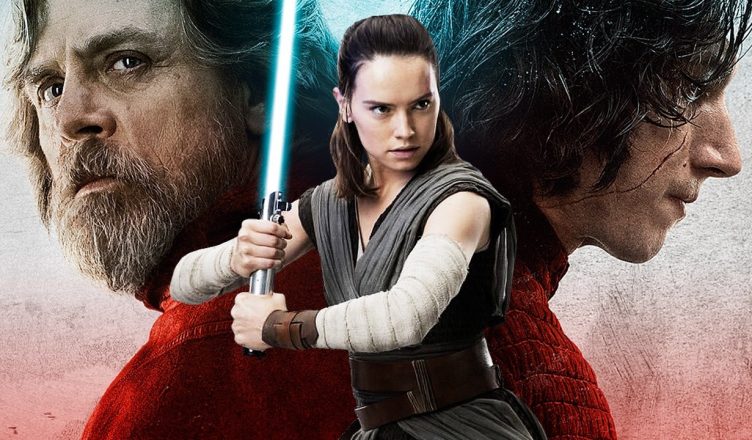 After the Star Wars:The Last Jedi trailer, here are the top 5 burning questions that need to be answered. What other questions are you looking forward to getting answered in the upcoming film? Tag a Star Wars fan to this post and don't forget to share this video if you enjoyed it. ____________________Follow me for more: Like Fan Page► https://Fb.me/EmansReviewsOfficial Site ► http://www.EmansMovieReviews.comTwitter ► http://twitter.com/EmansReviewsInstagram ► http://instagram.com/EmansReviews'Star Wars: The Last Jedi' opens in theaters December 15! Got tix? https://www.movietickets.com/thelastjedi#StarWars #StarWarsTheLastJedi #TheLastJedi Star Wars Disney Lucasfilm

Fortunately, we have some confirmation from director Rian Johnson on a few things that will be addressed in the upcoming film. For instance, a major question that everyone was asking was, “Who are Rey’s parents?”…or “Is Luke Rey’s father?”.  Director Rian Johnson answered this on Good Morning America by saying,

“It’s something that is absolutely going to be addressed…”

Another lingering question has been “Who is Supreme Leader Snoke?” and “Where did Snoke come from?” We have no real idea who this person is, or where he’s come from. We don’t even know what his master plan is. I have the feeling that we may not get to know that much more about him because Director Rian Johnson had this to say in an interview with Empire:

“We got the whole story of Palpatine’s rise to power in the prequels, but in the original films he’s exactly what he needs to be, which is just ‘The Emperor’… “He’s [Snoke] a dark force: the scary thing behind the thing. That was entirely how I approached Snoke. I wasn’t interested in explaining where he came from or telling his history, except where it serves this story.”

I don’t know how to feel about that. I’d be lying if I said I’m okay with knowing very little about Snoke. However, I guess that’s the crazy thing with mysteries. They’re so appealing because of the unknown. 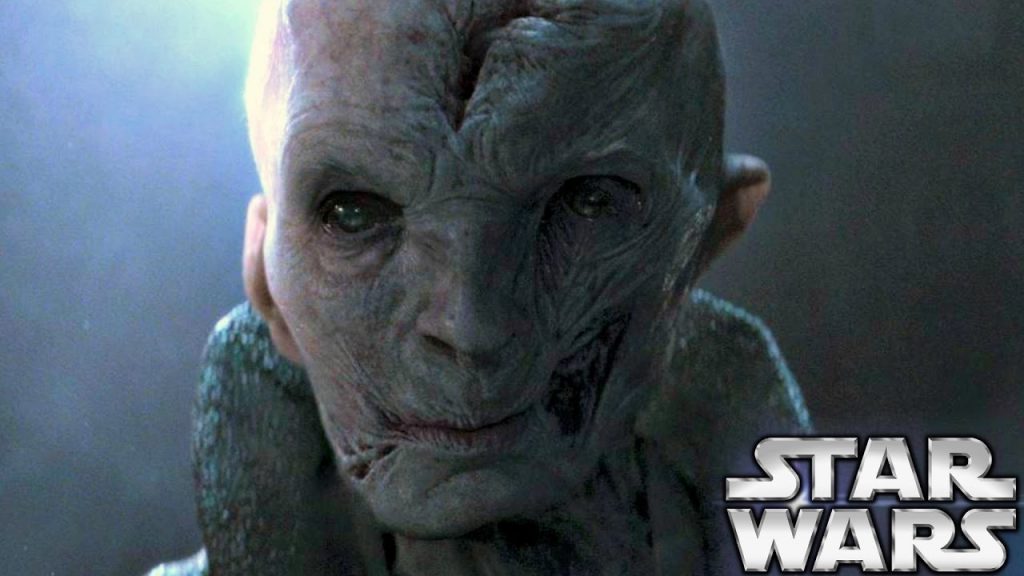 Despite some of those confirmations, the latest Star Wars The Last Jedi trailer leaves us with even more questions. So while there are a ton of them to be answered, I decided to narrow them down to the top 5 burning questions we hope to get answered in the film. So let’s get started.

#5: Just How Powerful is Rey Going To Become? 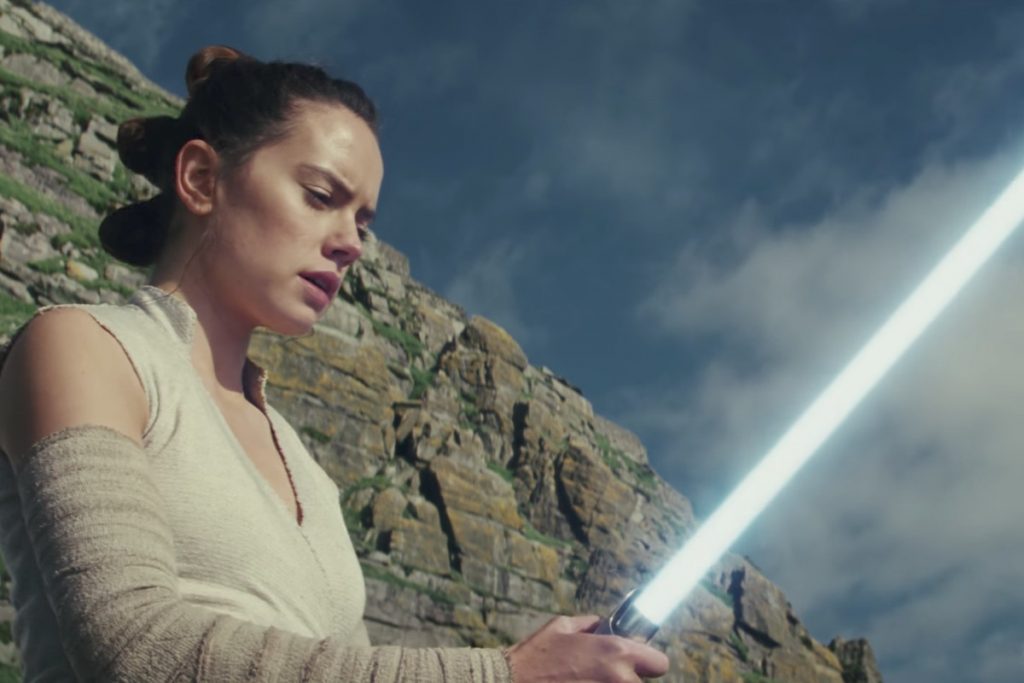 One  thing that seemed to be very apparent in the Force Awakens was that Rey seemed to be extremely force sensitive. She gave Kylo Ren a run for his money when he tried to interrogate her, and she started to resist him. In the trailer, Luke’s face seems genuinely shocked at how powerful Rey’s powers appear to be. There could be a few possibilities I suppose. Either Ray is a natural born talent (depending on her parents perhaps?) or maybe Rey had been trained  a long time ago and simply forgot. Who knows. All we do know is that the powerful Jedi Luke Skywalker is training her, so the sky may be the limit for Rey.

#4: Will Kylo Ren Fully Commit To The Dark Side? 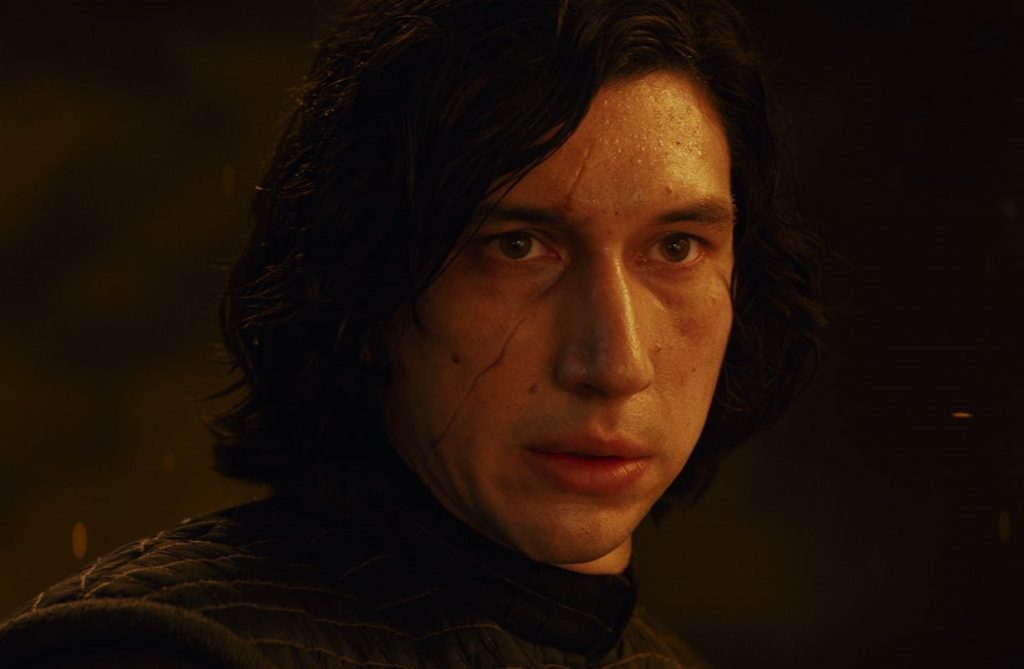 After the Force Awakens, Snoke commanded to have Kylo return to him to complete Kylo’s training. It seemed as though Kylo still has some way to go to really give in to the dark side. I mean he’s killed Luke’s Jedi pupils. He’s killed his own father in Han Solo (spoiler alert) But yet he still needs more training? What more does this man have to do? Maybe, his need for training also implies that there may actually still be a bit of Light within Kylo too. Maybe…just maybe…Kylo has a small change of heart to be good. 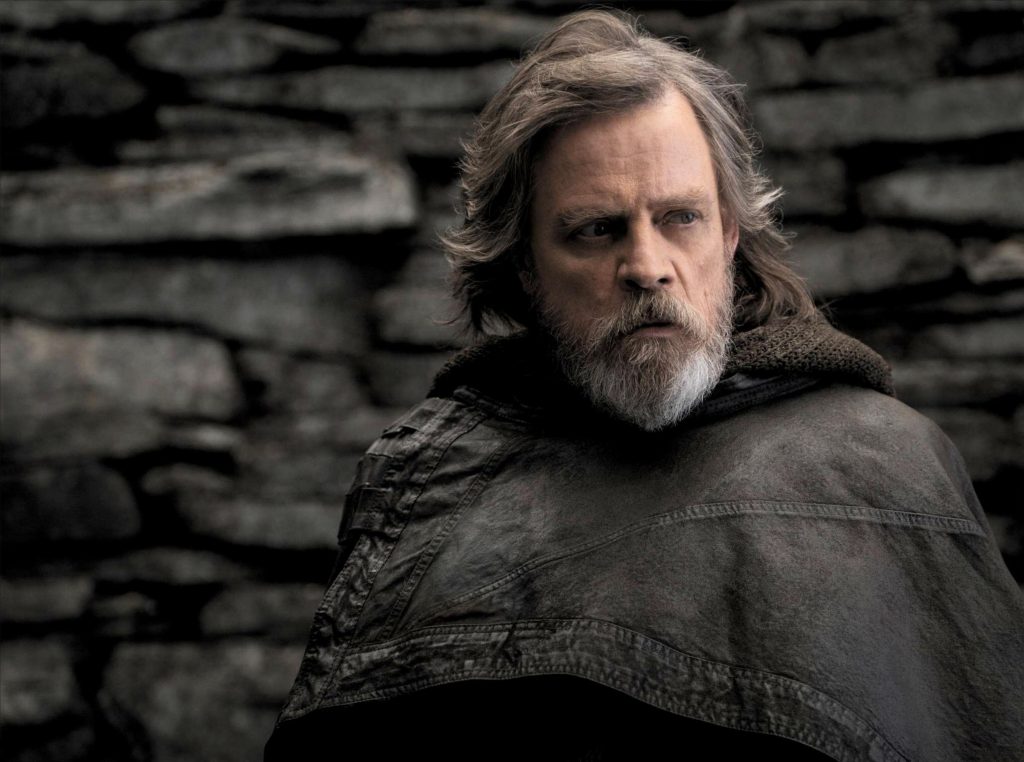 This could mean so many different things. Is Luke starting a new order? Maybe Luke is confused, or perhaps he’s lost a bit of his mind from being in exile.  Maybe something else happened that has made Luke hate the Jedi!  Now that leads us to the next question.

#2: Has Luke turned to the Dark Side? 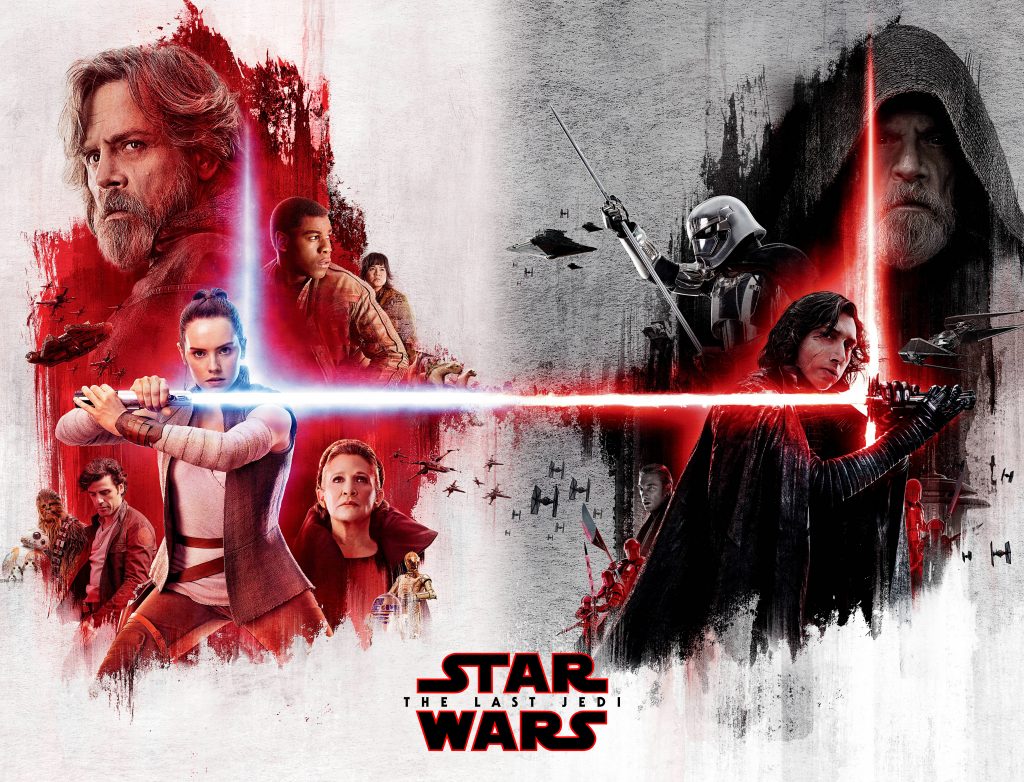 Looking at a lot of the marketing, the posters seem to be teasing something (Or Disney is just trolling us).  One of those things is that we have no idea where Luke stands anymore. We don’t know if he’s on the side of Light or darkness. If Luke had turned to the dark side, he could be simply walking in the footsteps of his father, Darth Vader. Plus, as we know from the past, Star Wars is known for its big twists and cliffhangers. If we find out that Luke is the real bad guy all this time!!! I mean mind…blown!

#1: Is The Last Jedi Going To Be A Remake Of The The Empire Strikes Back? 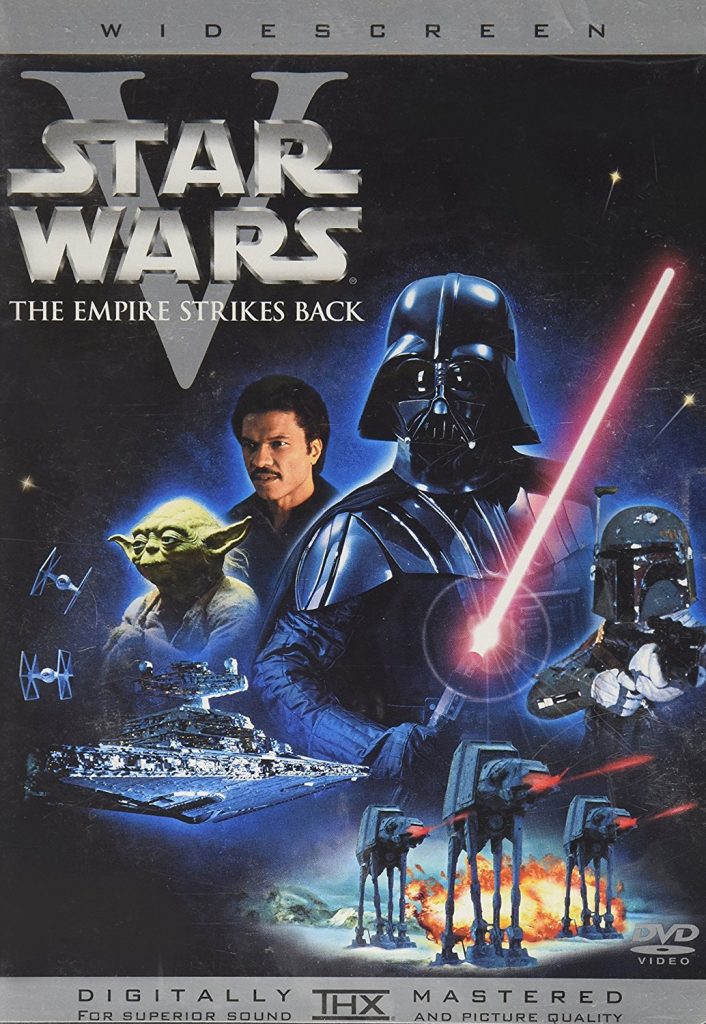 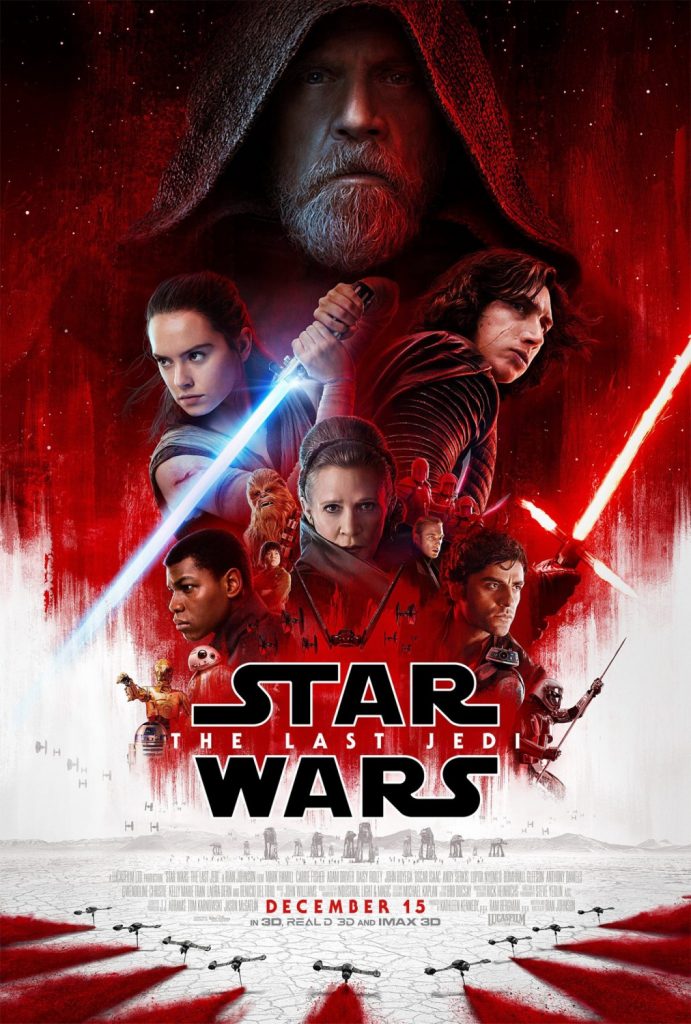 Some fans were a bit disappointed in The Force Awakens because it was pretty much a modern remake of the first Star Wars film, A New Hope. Despite being introduced to new characters, The Force Awakens still followed a very familiar formula. Rumors started a while back that The Last Jedi would possibly follow in the footsteps of The Empire Strikes Back. Hopefully that isn’t the case because I think there’s a lot of room for originality in this huge franchise.

Did you have these same burning questions about Star Wars the Last Jedi? What other questions are you looking forward to getting answered in the upcoming film? Let us know in the comments below!

One thought on “The Top 5 Burning Questions We Have For Star Wars: The Last Jedi”