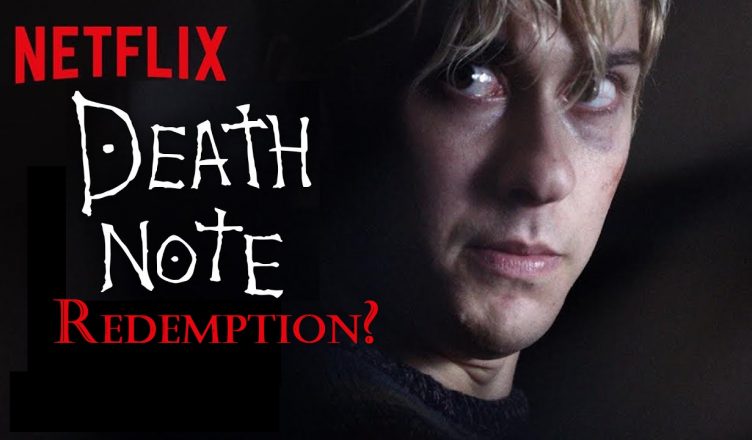 When news came out that Netflix was going to make a live-action version of Death Note, Netflix had my full attention. I was a huge fan of the anime series and the brilliant premise. It was especially exciting to hear that William Defoe was going to play “Ryuk”, because Defoe has the one best creepy voices in Hollywood. I was even more intrigued with the casting of LaKeith Stanfield as “L”.  Granted it was a rather unconventional choice, I still thought that Stanfield could bring something unique to the role. Sadly, when Death Note premiered on Netflix, I joined the many other critics and fans who were simply not impressed with the film.

There were a number of changes in the film that never translated very well from the source material. “Light Turner” didn’t feel like the diabolical, calculating evil genius. “L” seemed more emotional than strategic. Ryuk was more of an agitator than an observer. For whatever reason, this movie turned into some typical teen drama, rather than be a psychological thriller .

Among the many issues (and there were plenty more), the biggest misstep that Netflix made was trying to recreate something that didn’t need any help. It would be like if someone tried to paint a new Mona Lisa. It simply won’t be the “Mona Lisa”. Furthermore, this Netflix adaptation walked into a huge challenge of trying to overcome the high expectations that were created after the manga and anime’s positive reception. Nevertheless, I think a small glimmer of hope arose in the beginning of the film.

When Light was reading through the rules of the Death Note, he came across a warning. The warning said,

“Don’t trust Ryuk. He is not your pet. He is NOT your friend!” 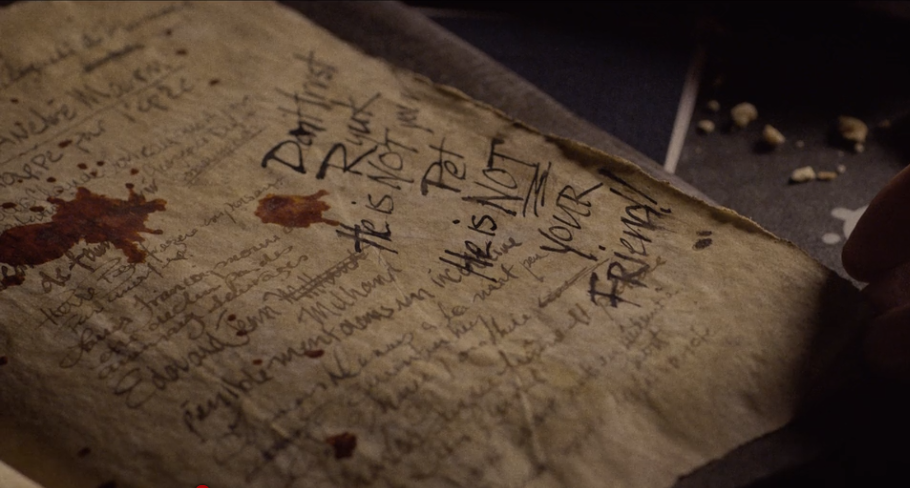 When Light asked Ryuk about who wrote that warning, Ryuk glossed over the question. Later in the film, Light threatened to write Ryuk’s name in the Death Note. Ryuk retorts and says that while others have tried, only one got as far as writing two letters of Ryuk’s name. I don’t know about anyone else, but that small exchange was probably the most intriguing aspect of the entire film for me.

What’s The Next Move?

In my opinion, Netflix should have never attempted to adapt the source material for Death Note at all. Instead, there was a golden opportunity for them to give us something fresh and new. They even teased us with that in the mentioning of previous users of the Death Note. Netflix would’ve been better served to give us more of a spinoff prequel to Death Note. They should proceed with creating a Death Note that is not about “L” and  “Light”. Instead, it could be maybe like anthology series similar to American Horror Story or something of the like.

Picture this for a moment. Someone receives the Death Note. They soon discover its powers, but increasingly grow suspicious of Ryuk. The user starts to do a ton of research to translate the previous users’ writings. They discover more disturbing warnings about Ryuk and the death gods. (Maybe even a coded strategy to defeat them?) The user follows the warnings and tries to deceive and distract Ryuk. The moment the Death Note user gets to spelling the “R”, Ryuk realizes what’s going on. Then a “Y” is written in the Death Note. Right when the pen begins to form that “U” something crazy happens to the user. Ryuk picks up the book and scouts for a new user. 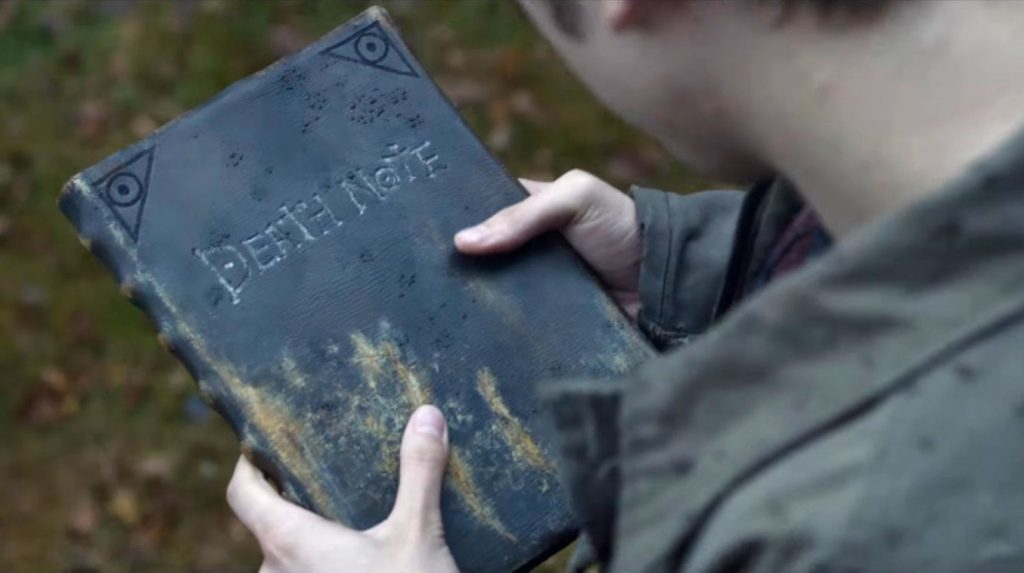 Now let’s take this a step further. I think a lot of people would probably agree that everyone included in the current Netflix Death Note movie should not return. Instead, how about Netflix actually make the dreams come true of fans by giving popular online video creators a chance? Often times we have fan made trailers, or movies, or shows that go viral from video creators online. They get all the praise, likes, shares, and comments. Then they just tend to fade off into the internet abyss. What’s worse, a lot of their work will be better than the big studio production adaptations. The biggest difference is that these online filmmakers simply don’t have the budget to make full length feature films. One example of filmmakers that comes to mind would be Donnie and Rita McMillin. They were the ones behind the Dragon Ball Z: Light of Hope series. Take people like that, give them a budget, and let them work their magic by giving these adaptations new life!

While I do think that a  full length film can get a bit constraining, I think going the tv series route would be wiser. So making Death Note an anthology series (with 8-10 episodes per season) would give old fans and new audiences something fresh to sink their teeth into. An anthology prequel series gives a lot more room for the characters and story to develop. It also gives us a chance to be introduced to a number of new characters all revolving around familiar elements such as the Death Note, death gods, and morally ambiguous decisions.

Also, it would be great if Netflix could keep William Defoe, but there are other death gods that could be introduced. The entire entire series could continue to explore the rules and their consequences. While “Light” may have been the most popular user of the Death Note, that we know of, there’s so much uncharted territory to explore with the previous (or even future) users.

Death Note director Adam Wingard as spoken to the Hollywood Reporter in regards to a sequel saying,

“There are definitely lots of places to go, and we know generally where we would take it. Hopefully people will watch it and Netflix will order a sequel. They definitely are ready to. They just need people to watch it.”

As alluded to earlier, I think that if the current course is continued with focusing on this version of “Light” (who pales in comparison to the source material’s version) then a sequel is simply less likely to happen. The source material manifested a lot of high expectations with any adaptation that followed. Those high expectations were probably a big reason why so many people were disappointed with the current Netflix production. The biggest benefit here is that the expectations that carried over from the source material will now be tempered with an anthology series.  Audiences have a rather sour taste in their mouths, and a course correction is obviously needed to give this project some new life.

What do you think about this approach for Netflix? Would you be more interested in watching a prequel to Death Note on Netflix? Let us know in the comments below. 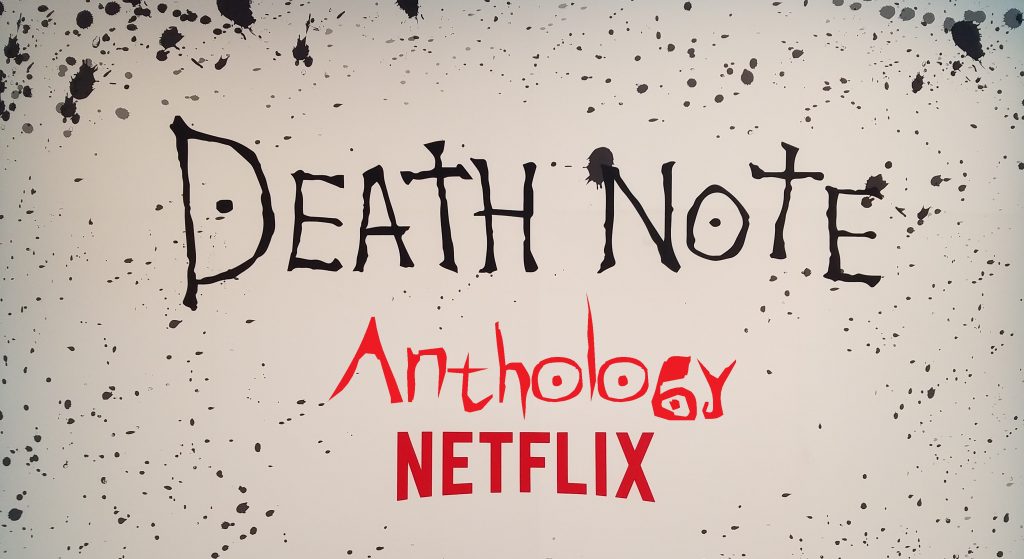 One thought on “Netlfix’s Golden Opportunity To Redeem Death Note”