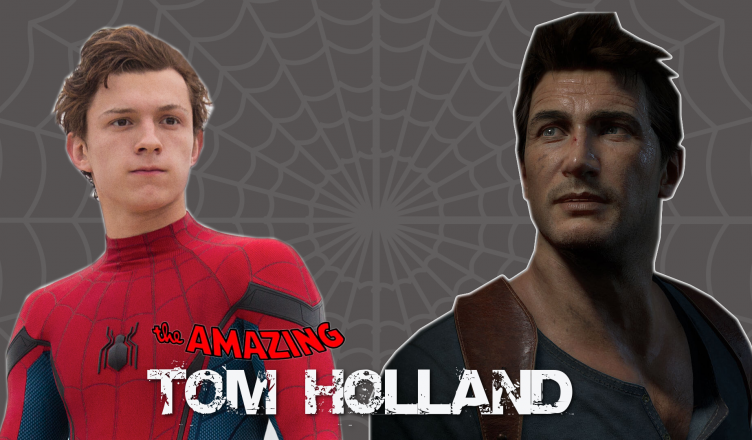 Tom Holland is Nathan Drake. Yes, you read that headline correctly. In order to maintain some momentum with casting announcements leading into the summer Sony has now announced that their current Spider-Man star will also be the lead in an upcoming film based on their video game franchise ‘Uncharted’.

Now, I know you’re wondering what the hell is Uncharted. It’s a game you may or may not have played that’s essentially a better Tomb Raider. That’s all you really need to know about it other than the fact that some fans of the game may be crying a fit because the character is an older adult in the game and Holland is a bit on the young side. I have to admit that a small part of me felt the same way until I started imagining how much fun this could be.

Personally, I’m imagining mix of a young adventurer in spirit of those two National Treasure movies except with more worldly artifacts rather than confining to just the United States. I really liked those moves and the potential of adding a young charismatic (funny?) guy in the lead may be a bit more fun than we know.

Plus, we’re a ways out aren’t we? I mean, how soon are they going to start production? The guy is actively filming for a couple of Avengers movie and already has a Spider-Man sequel in some stage of pre-production. And have they even settled on a script? At one point this movie had Mark Wahlberg set to star with David O. Russell directing and now “Stranger Things” executive producer Shawn Levy is slated to direct so I’m assuming a script is still a ways a way leading one to wonder… he’s gonna have time to grow up a little, right?

One thought on “Tom Holland is… Nathan Drake?!”