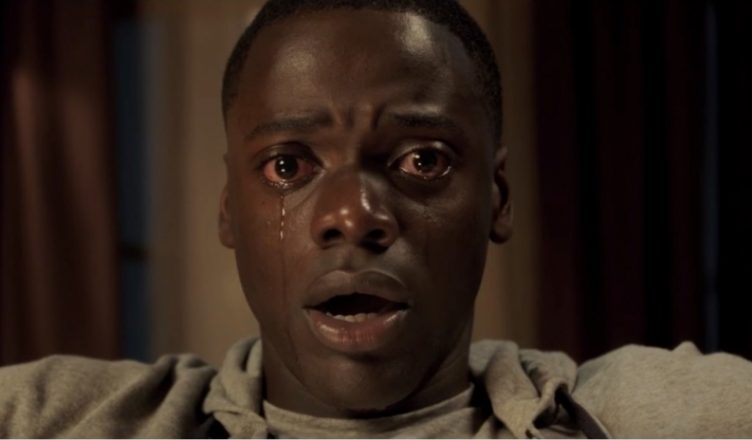 Get Out released this week on Blu-ray & DVD and it’s a movie you must see if you haven’t already. Jordan Peele established himself as a innovative comedian alongside Keegan-Michael Key with their show Key & Peele and last year’s movie Keanu. In Get Out, Peele takes a major step in showcasing his individual talents as a writer and director. The film addresses societal questions while also delivering on scares and humor making it a perfect blend for a high end entertaining horror movie.

It is difficult to make a horror-comedy without it being corny and bad, but Peele manages to avoid those pitfalls and puts out a really intriguing mysterious horror movie that will make you laugh. I appreciated how he was able to illustrate some racial themes of dating. He manages to do it in a tasteful and humorous way. In the movie Allison Williams plays Rose Armitage, a young woman who sets out for a weekend getaway to her parents to introduce them to her boyfriend Chris (Daniel Kaluuya) who happens to be African-American. Once they arrive the overly cheery Armitage family is harboring alternate motives for Chris.

The mystery and build this film provides is outstanding. The progression of plot and character reveals are innately executed and engaging. This is definitely not one of those movies you lose interest in as it goes along. The characters are intriguing and have some depth. The twist that occurs in the later stages of the movie wasn’t predictable and changed the outlook of what was to end up happening.

I liked the casting in this movie. Rose is a character who portrays confidence and has this boldness to her. She’s more authoritative and in command than Chris is and Williams has a great feel to her character portrayal. Kaluuya’s character Chris seems like a really likable, peaceful and trustworthy guy that you would want to bring to your family. Interestingly in their relationship, Rose is portrayed as more of the alpha than Chris. Bradley Whitford and Catherine Keener play Rose’s “welcoming” parents and both are very solid in their roles. The actor and character that steals the movie is definitely Lil Rel Howery who plays Chris’ best friend and top-notch TSA worker Rod Williams. Howery is hilarious playing Williams. The physical comedy and quick witted responses are on point. Every time you see Howery on screen in this movie you can expect something outrageous and funny being said. 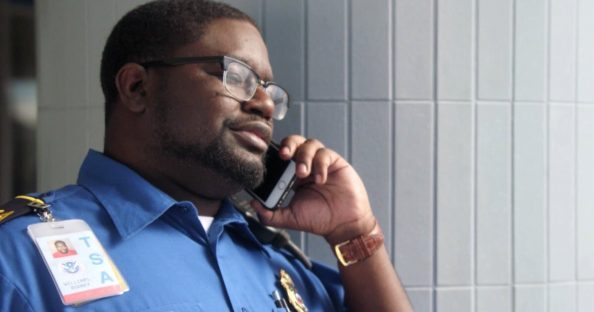 This movie is so well done that there aren’t many flaws. One of the out of place sequences is when Chris is being hypnotized. He is shown in these odd Twilight Zone sequences that takes away some credibility from the setting of the story. The sequence is cartoony actually and doesn’t severe much of a purpose, even though it is rationalized in the plot.

I would have liked to seen more of a backstory to some of the ghost characters that pass by filling-in with clues to the history of the Armitage family. These ghosts pop up and there is little revealed as to what happened to them and how, they are just used as caution markers for Chris.

It could have been beneficial to have an intro for Chris and Rose on how they met and connected instead of seeing them packing for the trip to the parents house in the opening scene. 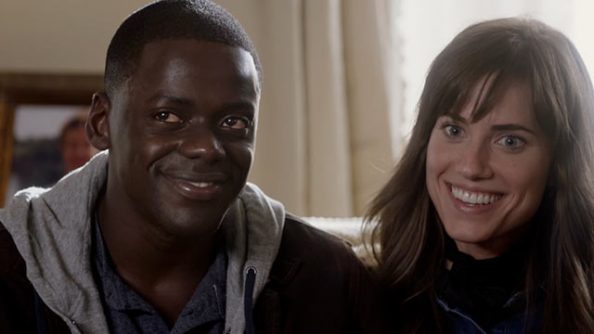 Get Out is one of the more clever and fun horror films in the last couple of years. The writing, directing and acting is crisp. The film has some depth and a timely relevant message to convey. It’s a movie with a purpose. I was pleasantly surprised by the overall quality of look, style, tone and feel of it. Best thing to do is to get out and grab this movie.

Blu-ray Notes: The Blu-ray Combo Pack offers some cool features. The must see ones being an alternate ending and insightful Q&A with Jordan Peele.