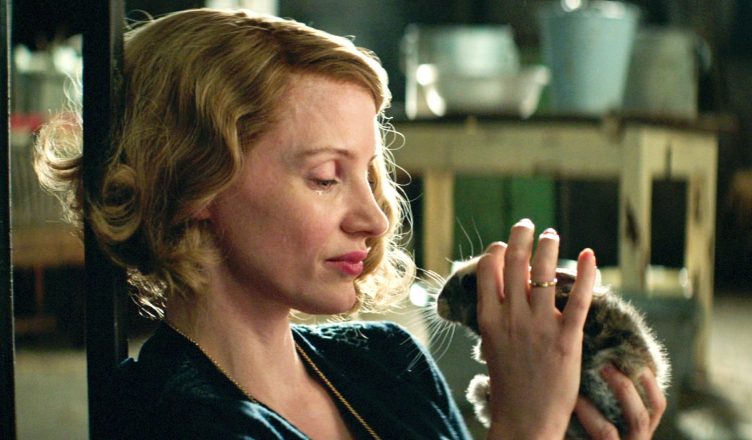 For starters “The Zookeeper’s Wife” is a novel by Diane Ackerman. The movie version is just as compelling. The story centers on a husband and wife who are zookeepers at the Warsaw Zoo in Poland. The film depicts the lead-up and the occurrence of the Holocaust. Jessica Chastain and Johan Heldenbergh play a married couple Antonina Zabinska and Jan Zabinski who sheltered and saved hundreds of Jews at their zoo.

This movie is a emotional roller coaster. One moment it will make you smile when you see all the adorable animals, I sure did, then it will make you depressed by seeing all these innocent people go through such hardship. What it definitely does make you feel is emotions. This is a powerful and authentic movie about a real people. Manchester by the Sea received a lot of attention for how powerful and emotionally draining it was, well, this movie has the same affect. I felt sorrow, pain, sadness, happiness, anger. All these feelings resonate at different points in the movie. The emotions this movie makes you feel are as real as it gets.

I had a personal attachment for this movie that connected quickly. No, I’m not Jewish, but I am Polish. Seeing Poland and the people depicted in the movie really hit home and resonated with me. I spend my childhood years in Poland and I’m familiar with the Warsaw Zoo, that I visited as a kid. I had no idea it played such a significant part in the rescue of this Jewish people that were haunted by the Nazi’s. Poland is always going to be a place that connects with me. Another personal connection I had is with the animals. I’m a huge animal lover. Seeing all these delicate and beautiful animals in the movie was so heartwarming to me. Seeing them slaughtered by the Nazi’s broke my heart. The film features all sorts of cute animals, from baby tigers to rabbits (my favorite), I loved the variety of animals that were depicted that Antonina connected with. 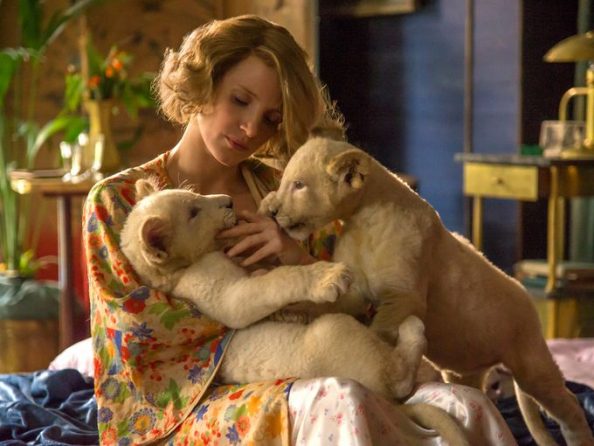 The movie was very intense and compelling. I learned a lot watching it. I had no idea about some of these things that happened and how this courageous family saved all these Jewish people from potential death. It’s really fascinating to watch and learn what happened, therefore, this is an important movie that everyone should see. The Holocaust was a real unfortunate part of our history, but it brings you happiness to see that there were people out there who cared and made a difference.

The casting was very solid. I liked Jessica Chastain in the role of Antonina. Chastain is an accomplish actress that can handle material like this and do it justice. I enjoyed the work of Johan Heldenbergh, he looked the part of a Polish man, but also had this calm strength about him that helped you visualize the honorable and brave man that Jan Zabinski was. Daniel Bruhl is one of the finest actors most don’t don’t about. Bruhl plays a Nazi zoologist that has a thing for Antonina. He’s a Nazi bad guy, but there is something forgiving about him, mainly due to the human impulses that Bruhl presents.

As I mentioned this is a heavy movie. There is a lot of emotional weight that you will have to carry throughout the film. Some of these moments will literally make you cringe and feel uneasy. I really liked Manchester by the Sea, but probably wouldn’t watch it twice, due to the emotionally draining nature of that film. I feel similar about this movie. It’s a necessary watch, but multiple viewings make it tough to relive the events.

Chastain is very good in her role, she brings the raw emotion, but her Polish accent leaves more to be desired. I felt her accent was a mix of a bunch of Eastern European generic accents. I know Polish people, which includes ones who immigrated here. Maybe she should have just avoided the accent all together, because the one she tried felt disjointed.

I wasn’t the biggest fan of the time lapses. A few times in the film they just randomly jump a year. Little change is shown and it makes you wonder what happened in all this time that wasn’t worth a mention? The transitions weren’t fluid or explained. It felt more forced due to the runtime of the movie than plot relevance. They could have at least given a heads up or prepared for the upcoming shift forward in time, but they don’t and just move along as if nothing significant happened or changed.

The Zookeeper’s Wife is a must see movie. You will learn a thing or two and witness the story of some amazing people that risked their lives for the good of others. Their passion for animals and humans was second to none. Their love and passion for each other was selfless. I wish I had known about them earlier and the Zabinski’s received their proper recognition beforehand. This film made me a little extra proud to be Polish. The film serves as a intense and interesting history lesson. So far The Zookeeper’s Wife is the most impactful and relevant movie of 2017. Dziekuje Antonina and Jan!