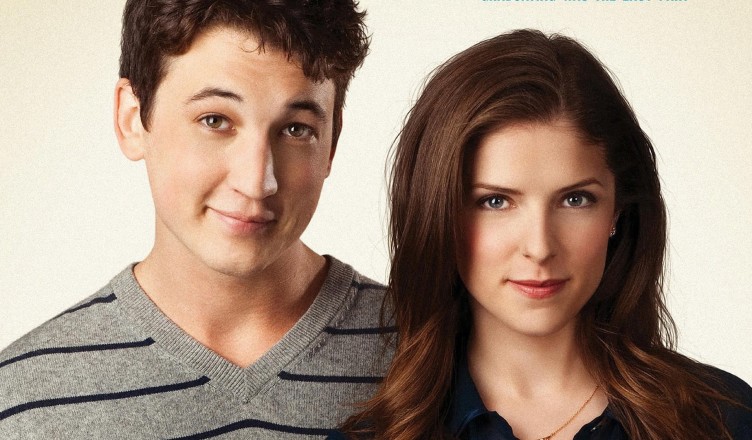 Synopsis: Life after college graduation is not exactly going as planned for Will and Jillian who find themselves lost in a sea of increasingly strange jobs. But with help from their family, friends and coworkers they soon discover that the most important (and hilarious) adventures are the ones that we don’t see coming. (IMDB)

There comes a time when every one of us has to grow up since we don’t live in Neverland. The idea has been embedded in most people since day one. You go to school, get good grades for college, then after college you Get a Job. Next get a house, maybe pop out a couple of mini you’s, get old and that’s life. Simple right? Well director Kidd and writers Pennekamp and Turpel really told this story from a millennial’s point of view. In other words, the traditional way that our parents followed ever so effortlessly isn’t quite that black and white nowadays. Especially since as kids we’re taught that everyone is “special” in their own way, thus giving us rewards that we may not even deserve. We see the explanation of all of that in this film and why it may have stunted the new generation in a way. The story follows Will Davis (Miles Teller), his college girlfriend Jillian (Anna Kendrick) and quirky dad Roger Davis (Breaking Bad’s Bryan Cranston) on a comedic tale of life after college, and even the job market well into adulthood. Will and Jillian are immediately going to get their dream jobs…or so they think.

I’ll admit by saying going into this movie, I didn’t expect to laugh nearly as much. In the beginning there’s a realistic monologue about how millennials as kids are all told that they are special and basically expect a rewards for doing something as simple as blowing your nose into a tissue. I couldn’t help but to chuckle about that very very true fact since it transcends into the work place today. I’m not really familiar with a lot of Will Davis films but I know in this one he portrayed a believable entitled recent graduate in the beginning expecting to get his dream job right out of college, only to be rejected and screwed over by the company he had been working at for a couple of years in college. Meanwhile his girlfriend Jillian is working happily at a big girl job. I remember watching Friends and wondering how in the hell do these supposedly “broke” people afford an apartment with so much space in the middle of Manhattan?

This film had realism by showing Miles shacking up with a couple of roommates. Some were working and some weren’t but it looked like a group of young people teaming together just to make ends meet. I could relate to seeing Miles working a couple of odd jobs while still pursuing real full time work. Christopher Mintz-Plasse (Superbad) makes an appearance as his roommate Ethan in the movie. Who knew McLovin could actually be cool? The character development in this film was spot on. I saw the growth of Miles from the beginning to the end. He turned from a proclaimed douche bag to a humble guy with a realistic approach to life. Not only with his career but with his relationships. When they mentioned student loan debt, I couldn’t help but have a tear trickle down my eye with sadness because I was reminded of my own.

We not only get a young adult’s point of view from the job market but we also see his dad, Roger Davis (Bryan Cranston) going through his own fair share of struggles far into adulthood. The writers are basically saying that the buck definitely does NOT stop here. There will be ups and downs no matter where you are and what you’re doing. 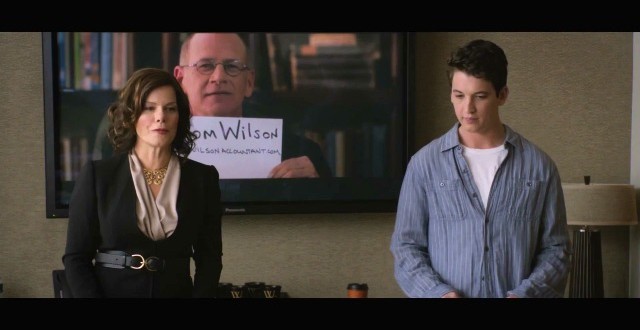 As realistic as the plot may be, there still were a bunch of spots that made me say “Oh yeah right!” For the sake of imagination, I gave this the benefit of the doubt. Remember my prior statement about the Friends characters living in a huge gigantic apartment in the middle of Manhattan with no trust fund? Well we see Jillian (Anna Kendrick) living in a really nice condo with a beautiful back drop view of Los Angeles. While we were told the salary of her boyfriend Miles, we weren’t told how much she was making. Maybe I’m nitpicking but it really bothered me seeing her live that way and I couldn’t help but question what the hell kind of money was she making. It was only a slight distraction but if you’re going to show the realism of her boyfriend as a recent graduate, I don’t think the girlfriend should be exempt.

While the character development was spot on, I felt as if certain things could have been explained and looked into deeper. For example, we only got to see his dad’s point of view with job struggles but we saw one scene with his wife and that was it. He was keeping a secret from her but she never found out, however in the end since it was resolved I guess it didn’t matter but I was sort of hoping for a reaction from her.

OVERALL: Get A Job is definitely a comedic film. The film kind of has an advantage based on the fact that it tells the story of what many people in that generation today can relate to. There were some cheesy parts, especially towards the end but that is expected in a film like this. It’s not a drama but a comedy turning the harsh reality of what many face after college into something lighthearted. Anna Kendrick’s character had made a statement towards the end of the movie about how she’s unsure where she wants to be at 22. I think people still feel this at 32, 42 etc. It’s extremely relevant but lets the audience know that they are not alone. It’s truly never too late to go after what you want in life.