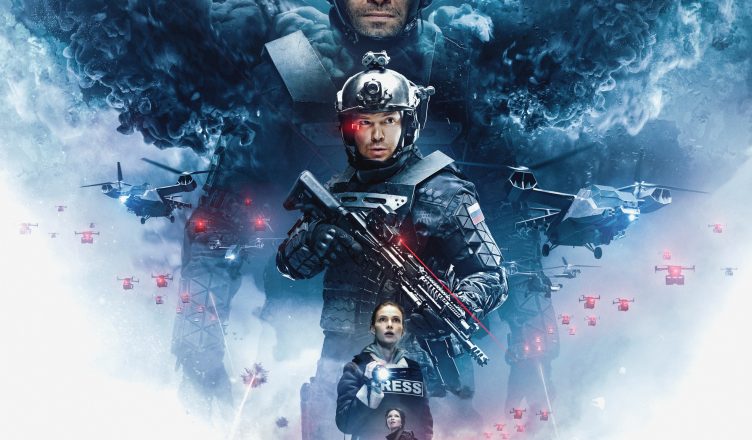 Set in Eastern Europe in the not too distant future, The Blackout: Invasion Earth is a sci-fi thriller that revisits the familiar themes of humanity battling an alien invasion. However, this is a 2019 Russian movie that’s recently received dubbing in English so that we can all enjoy a group of soldiers aiming to save the world from some mysterious alien life forms.

What makes this movie a little different is the concept that the alien invasion has blacked out the entire world except for a so-called ‘circle of life’ between Moscow, Belarus, Finland and Ukraine. With only one in 1,000 human survivors of the attack, it sets up The Blackout: Invasion Earth for some very dystopian viewing.

Of course, post-apocalyptic themes are nothing new. From Cormac McCarthy’s grim novel The Road to zombie-horror TV shows like The Walking Dead and the Resident Evil video game franchise, it seems like a lot of people enjoy going through the aftermath of the end of days.

Interestingly, some brands like Volt Casino have applied this post-apocalyptic blackout theme to offer a unique experience to their players. And they get the chance to save the planet suffering from a blackout, by completing missions using the power to play via numerous bonuses and bring the day to the sky. So, with the post-apocalyptic theme becoming popular across different sectors, what does The Blackout: Invasion Earth bring to the table?

From the onset of the movie, The Blackout: Invasion Earth wastes no time in getting straight to the action. We quickly see an alarm triggered at a military base by some creepy fast-moving beings before the whole world is plunged into complete darkness.

It’s a great premise that hasn’t been done too many times before, and much of this is down to the skill of writer Ilia Kulikov. Only John Krasinski’s 2018 sci-fi horror A Quiet Place gives us a similar dystopian picture that plays on the senses in such a manner.

In addition to this, The Blackout: Invasion Earth looks excellent as it gives us a wonderfully bleak image of our near futures. Much of this is down to the skill of cinematographer Sergey Trofimov who received a 2008 Nika award on the Mongol movie.

Plus the acting manages to carry the film with the likes of Pyotr Fyodorov in the starring role as Yura. At the same time, there are decent supporting roles from established actors such as Svetlana Ivanova as Olya, and Aleksey Chadov as Oleg. 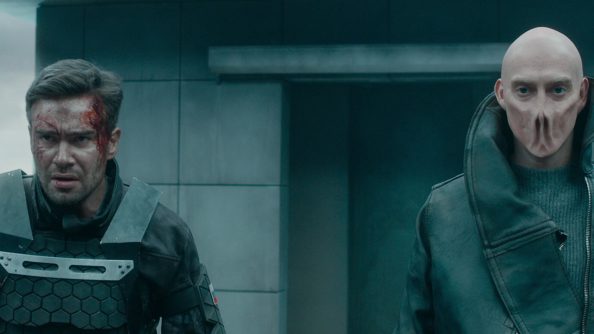 While Russia has given us plenty of insightful sci-fi movies such as the masterful 1972 film Solaris, it has to be said that The Blackout: Invasion Earth is nowhere near as innovative.

If anything, this movie follows on from a long-line of formulaic American sci-fi films that feature a cast of good-looking youngsters taking on some alien life forms. It’s not helped by the fact that the script is very lumpen, although much of this might be down to some heavy-handed dubbing.

Above all, it’s the reliance on huge amounts of CGI imagery that could lead The Blackout: Invasion Earth to look dated very soon. What starts with an honestly exciting premise soon dissolves into meaninglessly bloody battle scenes, and by the end of the film, you almost wish that the aliens were successful in their takeover of our planet.

The Blackout: Invasion Earth has an interesting take on the alien invasion concept, but unfortunately it soon gets lost and ends up being another somewhat formulaic sci-fi horror. If you were looking for something in the same genre, that has a touch more imagination and atmosphere, I would recommend Alex Garland’s 2018 film Annihilation.

But as long as you don’t mind a sensibly daft script and plenty of cliches, then The Blackout: Invasion Earth could prove to be a mildly diverting watch.