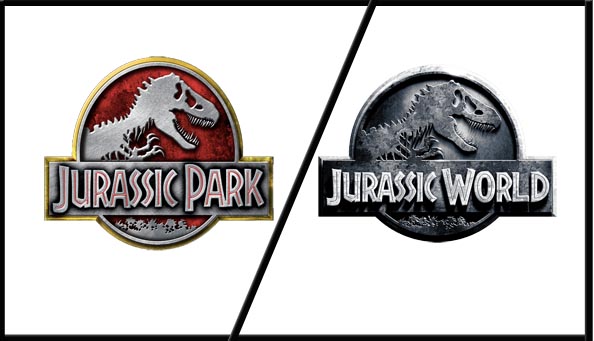 The type of theme park – “World” versus “Park.”

The name says it all with Jurassic World. This is a film looking at the theme park from the outside in. The world is vast and the crowds are plentiful as they flock to this “Disney World for Dinosaurs.” Because of this you get to see a lot of action and a lot of prehistoric creatures which makes for a very fast-paced Summer blockbuster. What you won’t see is the intimacy of the park like you did in Jurassic Park. Jurassic Park was set in a world waiting to be established where the intricacies of development and design were crucial leaving much room for plot and character development. Jurassic World forgoes these cinematic elements to focus on an already established world and the result of a chaotic occurrence on a large scale.

The characters and their roles – Plentiful versus Condensed.

Technology has come a long way since Jurassic Park was released in 1993. Back then Steven Spielberg had to get creative without the quality of computer generated sequences as they are today. Spielberg used animatronics to create the lifelike dinosaurs that we saw in Jurassic Park and it actually turned out to be amazing. Just as George Lucas did with the original Star Wars films, Spielberg was able to surpass the limitations of his time to create a visual masterpiece. Jurassic World on the other hand is heavily based in CGI. Don’t get me wrong, the CGI looks great but to me it still lacks that authenticity and innovation of the first film. Jurassic World looks as crisp as many other CGI-based films but I’m still a sucker for the innovation of the past.