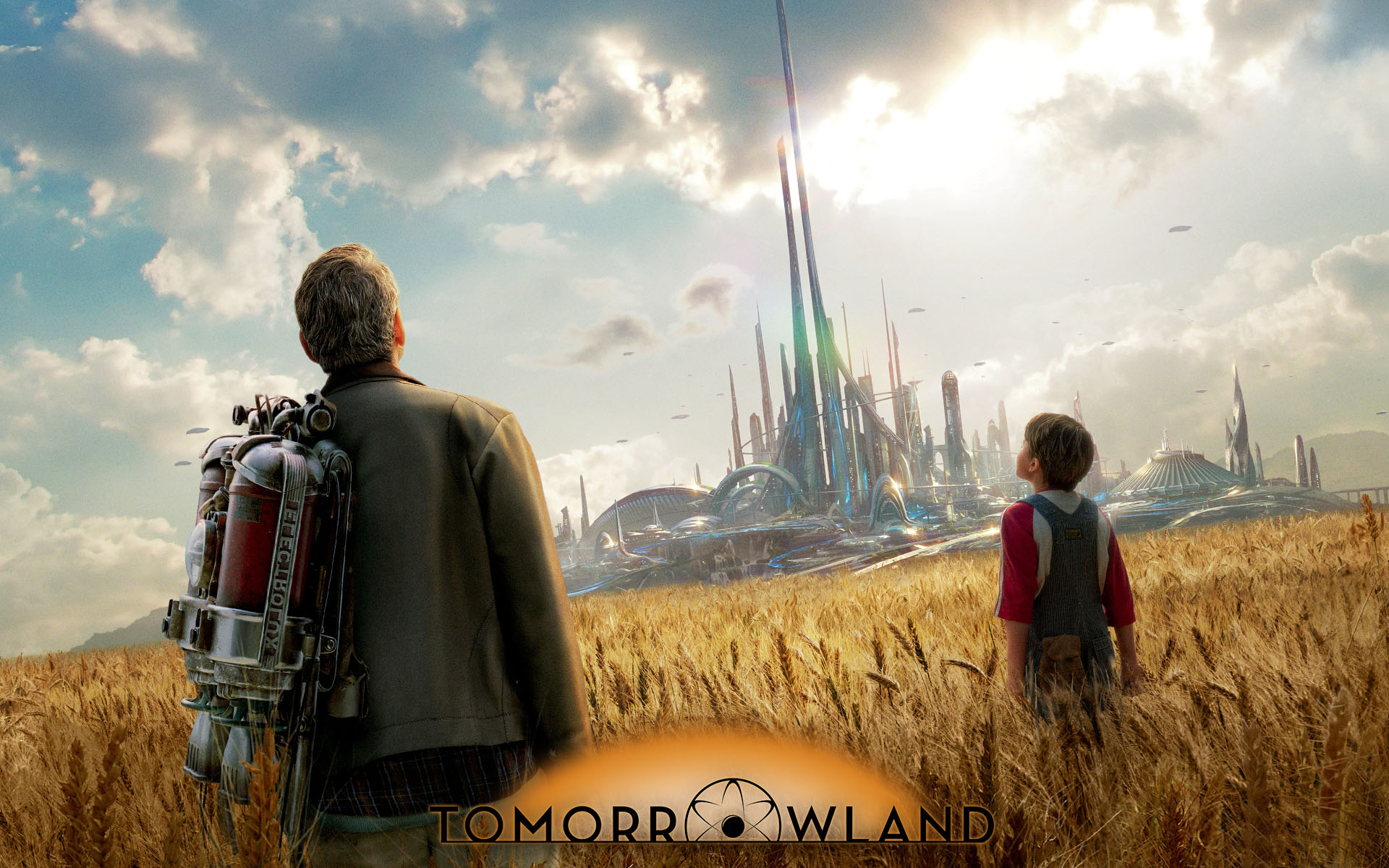 Synopsis: Bound by a shared destiny, a teen bursting with scientific curiosity and a former boy-genius inventor embark on a mission to unearth the secrets of a place somewhere in time and space that exists in their collective memory.

Tomorrowland was a bit of a mystery up until the final weeks before opening. We received a few bits of media and a couple trailers that showed off some amazing visuals, but the plot was still unknown. After seeing the film, many will discover that Tomorrowland is filled with an optimistic, heart-felt message of prosperity. But while this film finds the right place to start and end, it seems to get lost on the journey before reaching its final destination.

Tomorrowland is centered entirely around four people that represent the different aspects of society. Casey (Britt Robertson) is the young believer who is optimistic and instills hope amongst the hopeless. She is by far the light of this film leaning far towards one end of the spectrum. Nix (Hugh Laurie) is at the opposite end of the spectrum. While not necessarily evil, he has no room for idealism and attributes all of his beliefs to a pessimistic logic. Frank (George Clooney) is the balanced individual on that spectrum. He’s jaded from his own failed idealism and Casey is that push that he needs. Finally there is Athena. She is the one constant throughout the film that doesn’t argue her beliefs but instead brings conflicting ideologies together to let them “duke it out” in the end.

With all of these unique characters you would expect an intriguing film but unfortunately everyone is underutilized. After Tomorrowland’s character introductions, things quickly turn into a wild goose chase that is scattered with some very “PG” violent encounters with “robots.” Sure the visual display of effects and gadgets were engaging eye candy, but Director Brad Bird created this film to send a message and that message gets lost in the extended chase. If the pursuit of these characters was brief and they instead explored a more conversational, diplomatic means of persuasion, it would have been a better use of time to both develop these characters and establish their conflicting point of views. Instead we’re left with a beginning and end that are pleasing but a middle that is stagnant.

Outside of the plot and stale character development, Tomorrowland did have its strengths. As stated briefly before, the visuals are amazing. While we’ve seen enough CGI to appease our ocular hunger for quite some time, the highlights of Tomorrowland are the transitions. In particular the frequent transition that occurs when a character is instantaneously transported to Tomorrowland when touching the pen. The scenery change is rapid and smooth while the characters’ emotional response to their surroundings transitions match that same level of smoothness.

The strength of this film is not necessarily a cinematic element but more of an element of social significance. Tomorrowland is a message of hope and prosperity among so many other films that lose that wholesomeness and fall into the cynical pit of despair. It’s a film that carries a message that implores people to be optimistic and hopeful for our world rather than accepting our statistical fate. The message is loud, clear, and enriching, but it’s unfortunate that Brad Bird could not find a way to build a progressive lead up to strengthen this message’s voice.

Overall I thought Tomorrowland was a cinematic disappointment. I understand where Brad Bird is coming from when he calls critics cynical for disliking his film but it’s not cynicism, it’s the way he conveyed his message. If Tomorrowland is meant to inspire and persuade the public, then Bird should have built a stronger case throughout the film, just like anyone selling you on an idea. I agree with the message of the film, I enjoyed the visuals, but unfortunately the film was scattered throughout much of the plot and character development. From a cinematic standpoint, I cannot recommend this fiilm.

3 thoughts on “Tomorrowland’s journey to inspiration is mostly stagnant”