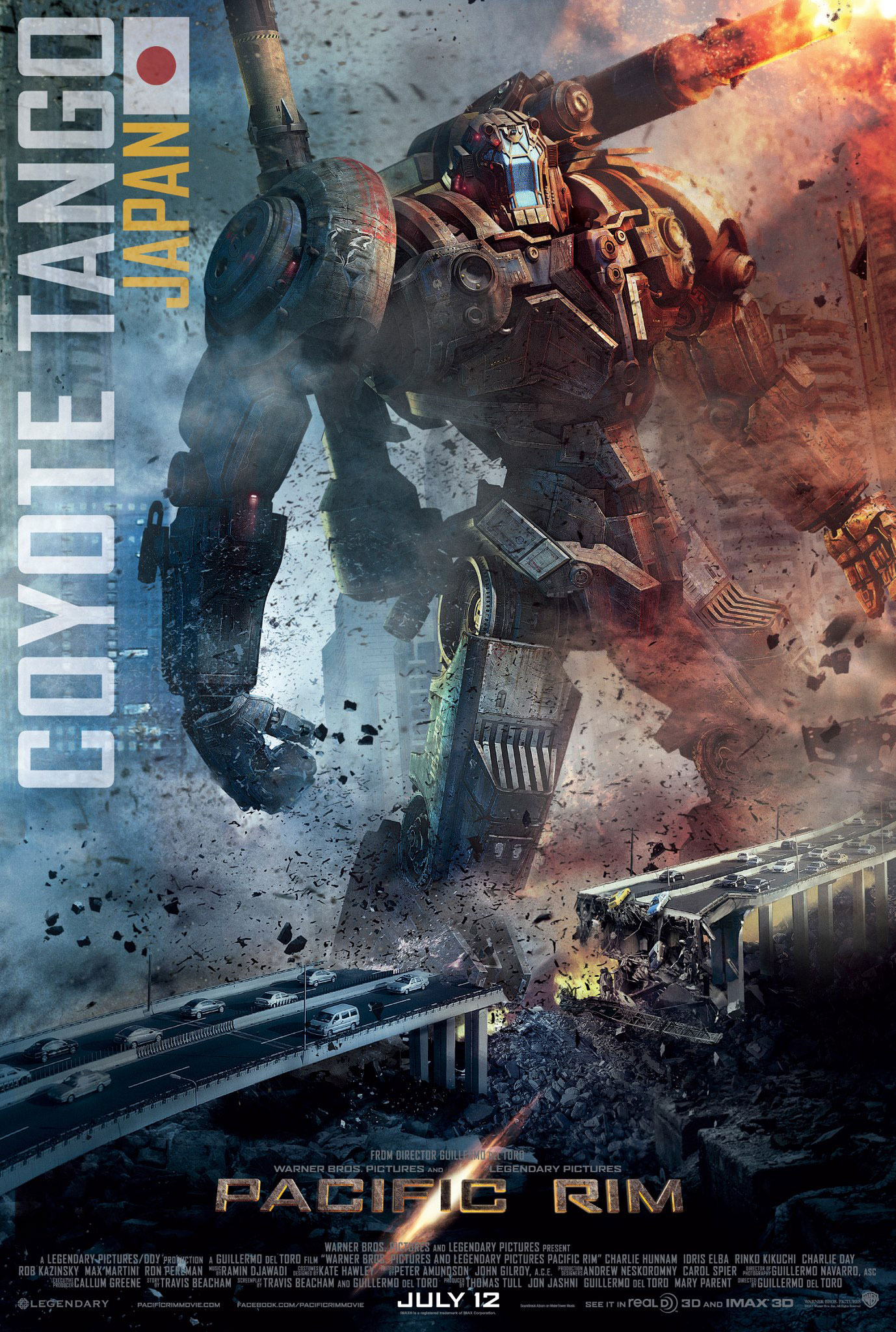 Pacific Rim is shaping to be a rather big film for director Guillermo Del Toro.  Now to be frank while I like Guillermo Del Toro he still has yet to have that mega release that would solidify me as a fan. I’m noticing a larger than fully anticipated awareness and interest in this film that I didn’t foresee in the mainstream. My co-workers kinda sorta know or know someone who know’s what this film is about. The guys I work with are middle aged men who don’t give a damn about comic books or sci-fi genre’d  entertainment. The sight of giant robots is helping this movie along further than I initially predicted and it’s a welcome surprise. I wonder if the sight of this new poster will raise this film on their radar’s..

When an alien attack, in the form of giantmonsters, threatens the Earth’s existence, giant robots piloted by humans are deployed to fight off the menace.

It’s badass, but I doubt that this is going to get the same result.  We’ll see…