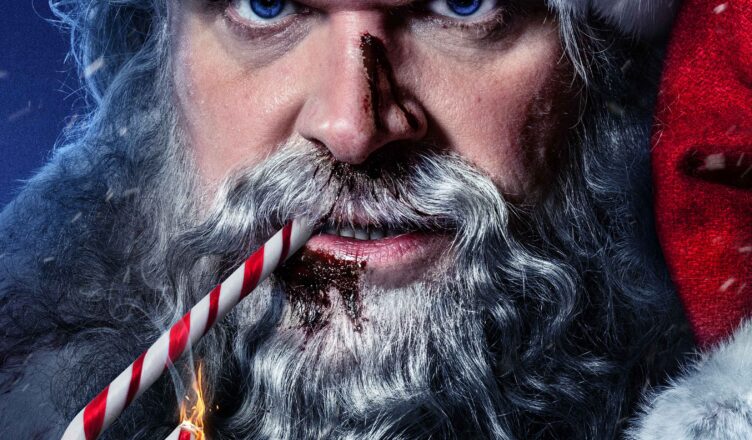 David Harbour is winning the hearts of Americans by turning in great performances both in Stranger Things and in the Marvel Cinematic Universe. Now he has a new movie coming up and in this one, he’s going to be downright Violent. David’s new movie is Violent Night and the film is giving me a good feeling. Universal released the first poster for Violent Night ahead of a screening that will take place at this year’s New York Comic Con.

Check out the poster and official synopsis: 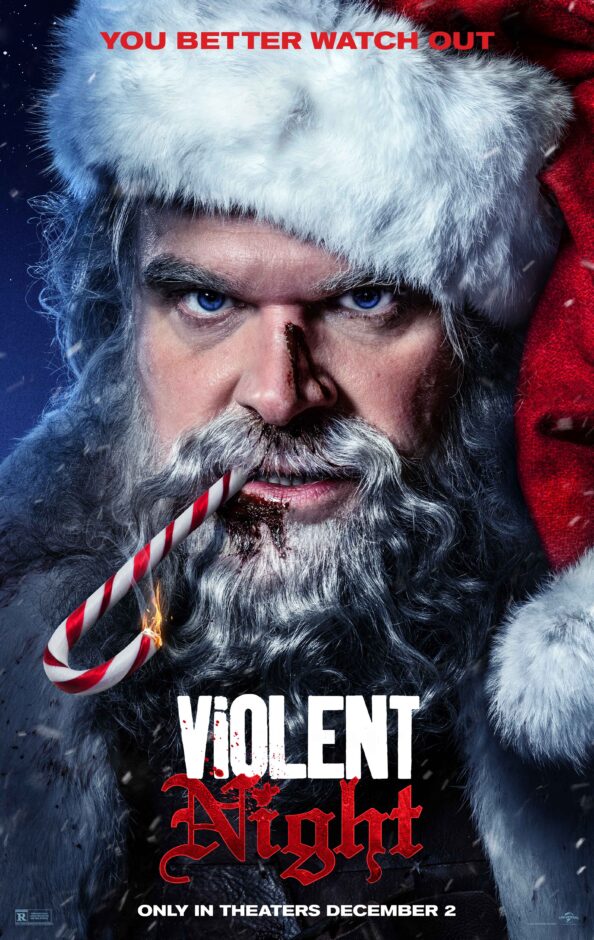 To hell with “all is calm.”

From 87North, the bare-knuckle producers of Nobody, John Wick, Atomic Blonde, Deadpool 2 and Fast & Furious Presents: Hobbs & Shawcomes a coal-dark holiday thriller that says you should always bet on red.

When a team of mercenaries breaks into a wealthy family compound on Christmas Eve, taking everyone inside hostage, the team isn’t prepared for a surprise combatant: Santa Claus (David Harbour, Black Widow, Stranger Things series) is on the grounds, and he’s about to show why this Nick is no saint.

My dude is smoking a candy cane. I’m really struggling with processing anything beyond this point. The synopsis for Violent Night tells us that Santa will be taking down a team of mercenaries that are taking a family hostage. So I can’t help but wonder what was Santa even doing there when this happens? Is this the literal Santa and he’s got a bunch of fantastical ways to save this family? Is this a guest that was taken hostage that knows how to handle himself?

I can’t wait to see more…

That’s all for now