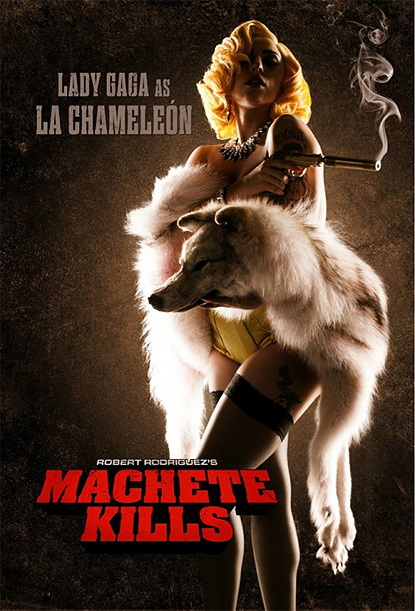 This is a little unexpected. I’d been following this Machete Kills film somewhat and I thought I was aware of all the notable people within the film. Lo and behold I feel that I either overlooked something or we’re genuinely being surprised with the news that Lady Gaga is in this movie. For some reason. Whatever. Anyway a new poster was released showcasing the singer for all of our ocular consumption: