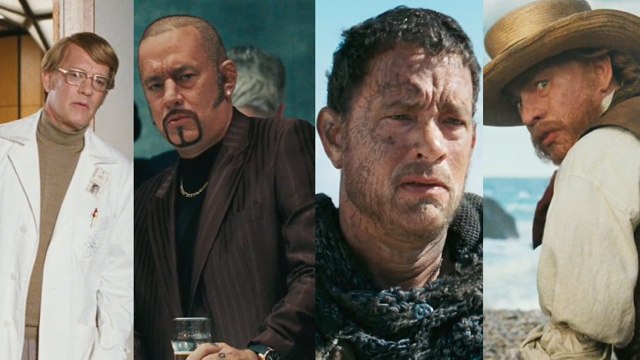 Tom Hanks is a revered actor. The guy has made a good movie or two in his career. Next he’s attached himself to the Wachowski’s upcoming film ‘Cloud Atlas’ in which many of the stars have multiple roles throughout. We got our first look at Hanks and Berry in the film the other day but now we get to see more of him and the man faces he adopts throughout:

We also have a good look at a very unexpected look for actor Hugh Grant in the film as a cannibal:

And if that wasn’t enough in addition to the photos we have the directors of the film all discussing the movie and providing some early commentary in their latest undertaking:

I wanna learn more about this. Haven’t read the books and although that would be the clearest path to get more insight I’d rather let the film continue to speak for itself and I appreciate their excitement. It’s on my radar but I’ll probably remain somewhat reserved about the film until the release nears.

Are you guys excited for this movie?

Via: What Culture and Live For Films