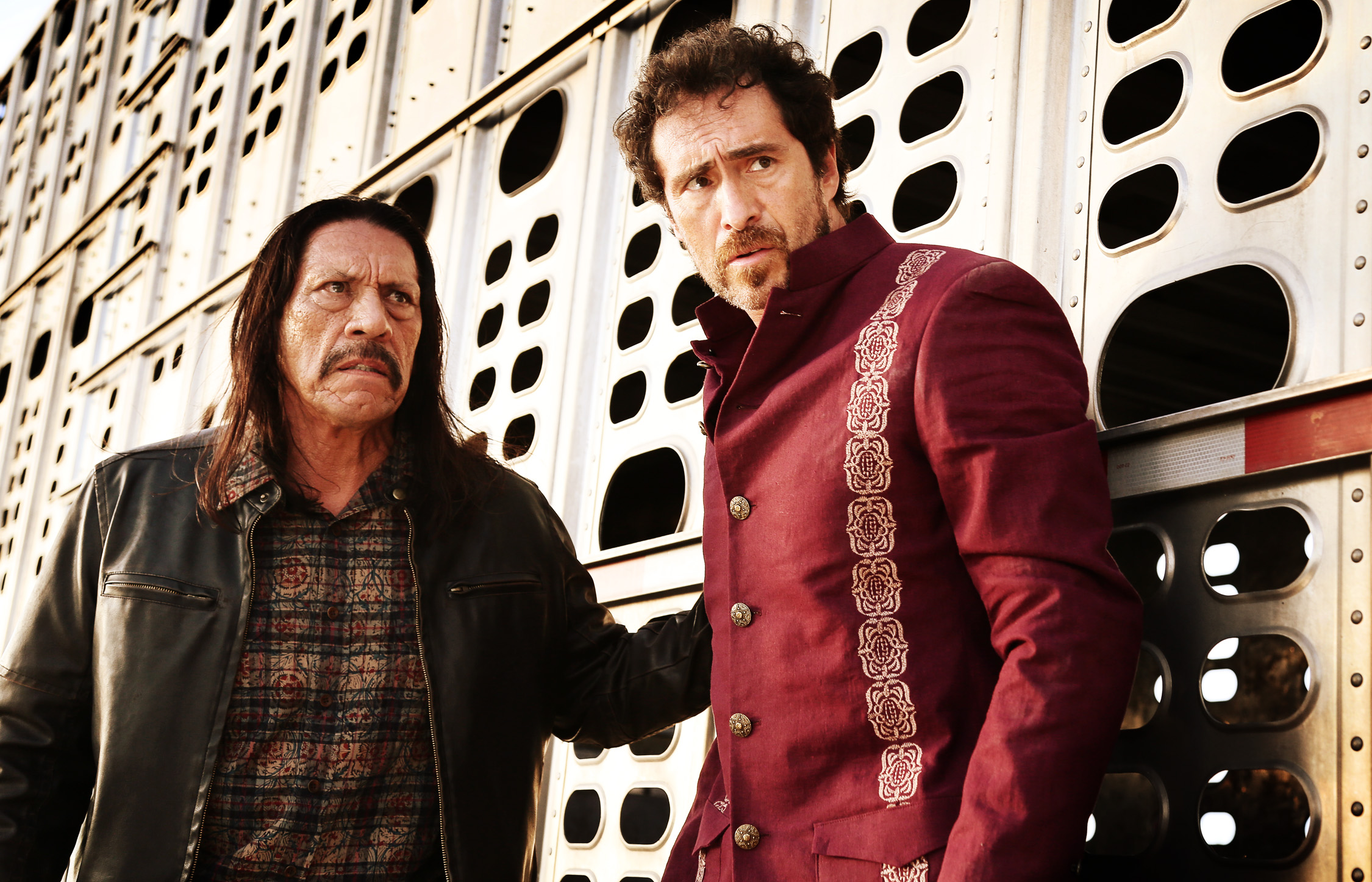 This movie still looks awesome and the more I see from clips and posters, the more I wanna see this flick.  I just gotta figure out a way to convince the wife to go and something tells me that Sofia Vegera’s gun bra might do the trick…

Here are a few new images that came with the trailer:

In MACHETE KILLS, Danny Trejo returns as ex-Federale agentMACHETE, who is recruited by the President of the United States for a mission which would be impossible for any mortal man – he must take down a madman revolutionary and an eccentric billionaire arms dealer who has hatched a plan to spread war and anarchy across the planet.