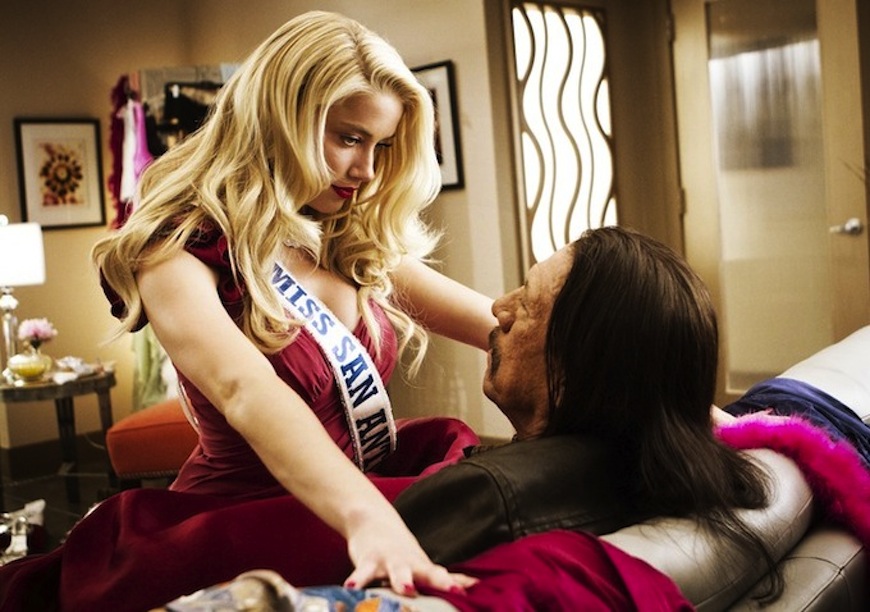 Machete Kills is one of my guilty pleasure films that I’m eagerly anticipating. Why? Because it’s Bad Ass Danny Trejo cutting down fools and having permiscous sex with my favorite B and C stars with an abundance of flagrant nudity. I’m such a perv. The film has finally received a release date and the above steamy new image:

“We will bring Robert Rodriguez’s Machete Kills To Theaters In 2013.”

This is the second film in the trilogy. The story revolves, once again, around a former Mexican Ferale (Trejo) who is recruited by the U.S. president for an impossible mission – to take down an insane revolutionary and odd billionaire arms dealer whose plan is to spread war and anarchy across the globe.

Sounds good to me and I think it’ll be a fun role for everyone involved, including Mel Gibson. Sometimes I miss that guy…