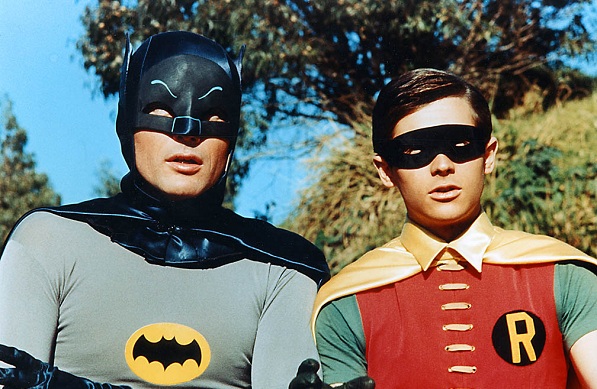 With all the reboots currently playing, coming soon, and in production, I thought it was only fitting to bring forth the discussion of “Whose done it best?” There are many characters in film that will remain timeless and should not be forgotten. In order to ensure that these characters are not forgotten (and to make sure the money keeps rolling in…), the studios start to bring these characters back to the big screen with a story usually adapted for the current generation. So today I give you my picks for the best of the best character portrayals…and hope you will provide your opinions as well :)

Bruce Banner AKA The Hulk:

I figured with all of the attention still surrounding “The Avengers,” why not start with Dr. Banner. First, I’m going to eliminate Eric Bana because I don’t think his version of Bruce Banner encompassed who Banner was. The Hulk and Banner were meant to be based on Dr. Jekyl and Mr. Hyde and I did not see the split in the movie “Hulk.” Next I will eliminate Bill Bixby/Lou Ferrigno. As iconic as Lou Ferrigno is as the Hulk and how memorable Bixby’s Banner was as he’s hitchhiking down the road, Bixby was less of a Bruce Banner than Norton and Ruffalo. Bixby was even given the name of “David” to make the Banner name more macho, which somewhat eliminates the frailty surrounding Bruce Banner and redefines the character. The decision between Norton and Ruffalo was a tough one. Norton was Banner for me and I had my doubts about Ruffalo outperforming him until I saw “The Avengers.” The one thing I saw lacking with Norton’s Banner was him showcasing his “Doctor” side, there were few moments where he actually displayed the scientist aspect. The reason I liked Ruffalo’s Banner was because he had the characteristics that I was looking for in Dr. Banner. He was recognized for his intelligence, he was quiet and reserved, and his Hulk resembled his Banner counterpart the most out of previous Hulks. It was a tough decision but Ruffalo had the characteristics that I thought identified Bruce Banner the most.

I’m going to take Kilmer and Clooney off the list because the Director of the films starring these actors (Joel Schumacher) publicly apologized for how bad the films were. If even the films’ Director acknowledges a poor portrayal of Batman, I think that is reason enough to eliminate the actors who played them. I think everyone can agree that Adam West’s portrayal was “cheesy” even for his time. West established the first popular presence of Batman on film but his role was comical at most. The choice between Keaton and Bale is a tough one, they both have portrayed Bruce Wayne/Batman in different ways that I enjoyed. Keaton’s character seemed to have more focus on Bruce while Bale’s character focuses on Batman. Keaton played a more mysterious Bruce Wayne while Bale’s Bruce is more of a “yuppie.” Bale succeeds in playing a more dominating Batman because Keaton’s focus on Bruce always had me seeing a rich man in a mask. My final decision came down to the metaphorical meaning of the character’s mask. In Keaton’s portrayal, Batman is the mask and Bruce is who he is while in Bale’s portrayal it is the opposite where Bruce Wayne is his metaphorical mask and his true identity is Batman. I would almost consider my choice to be a tie except for my belief that Bruce Wayne died the day that his parents did and has been Batman ever since. Ian Fleming’s “James Bond” has been a character that every man has wanted to be. He is suave, cool, unbeatable, and has unparalleled sex appeal. There have been many that have played him and every actor who has played Bond added their own character traits. I think the only actor that didn’t make the impression on the character would be George Lazenby because he didn’t establish the “tenure” that the other characters did being the only actor out of the group with one movie to his name. The next to cross of my list would be Timothy Dalton. I know he’s underrated, he’s said to give the closest performance to the literary Bond, and he has a strong fan following, but he hasn’t had the cultural impact that the other actors have had. Roger Moore would be the next off my list. The reason being is that I think he waited too long to take the role. In fact he didn’t even want the role initially, hence why Sean Connery was the first to get the role (excluding the various earlier appearances I didn’t include on this list). Pierce Brosnan was the first Bond that I got to see in the theaters and his movie Goldeneye was more than a movie once it was immortalized in the same titled Nintendo 64 game. Brosnan brought the suave and cool nature back to the role that Connery originally established. I think part of the reason that people were so hesitant about Daniel Craig coming into the role was that Brosnan left such a legacy behind. I think it was a pleasant surprise to see how well Craig did. I wouldn’t say that Craig was above Brosnan because Brosnan had more of the James Bond charisma but Craig brought a more ruthless nature and we got to see a more action packed Bond. After looking at all those who portrayed Bond, there is one that stands out among the rest. Sean Connery went as far as to redefine Ian Fleming’s idea of Bond with subtle bits of humor and a sense of arrogance without being pompous. Many parodies choose to emulate Connery’s Bond over all others and I believe that he is the one that gave Bond the “cool” that people love. Superman is probably the most well known comic book hero and one of the first to transition from the pages to film. The first film was in 1948 and starred Kirk Alyn. It’s been awhile since I’ve seen the first film but from what I remember, Kirk Alyn was not as iconic as others to play the role and not nearly as successful. The first big film success came from George Reeves’ portrayal of Superman in the TV series and in smaller films. As popular as the TV series was, it was most popular among children. It was Richard Donner’s “Superman” films that made the film adaptation popular among children and adults. Not only was it Donner’s films but the new face of Superman himself, played by the iconic Christopher Reeve. Reeve was the physical and mental embodiment of Superman and his role has partially defined the character we know today. Since Donner’s films two television series have arose, “Lois and Clark: The New Adventures of Superman” and “Smallville.” I liked both series and watched them regularly. I liked Dean Cain in “Lois and Clark,” although the “nerdy” persona of Clark Kent was replaced with a more suave and attractive persona. They continued to play the sex appeal card in “Smallville” and although I liked the series at first, the storyline got to be exhausting. I know there is a huge fan base for Tom Welling as Superman but I thought his acting range was very limited. Finally there was the film “Superman Returns” starring Brandon Routh. I liked Routh and thought he had many characteristics that reminded me of Christopher Reeve. I believe Routh admitted he was attempting to mimic Reeve’s Superman which he did well, but I think that shows the powerful effect that Christopher Reeve had on all of us. I can’t think of anyone that has been a more inspirational Superman than Christopher Reeve. Henry Cavill will be the next to play the role and it’s going to take a lot to push Christopher Reeve out of his throne.

So there it is, my picks for the “Best of the Best.” I know there are many other characters that could be on this list but many are limited to only two actors playing the role and most were an obvious choice as to who defined the role. I wanted to create a list that made the elimination process much more detailed with a greater variety of actors which is why I chose who I did. I hope that we can hear your perspective on who you think should be the winner…and don’t be afraid to be blunt in telling me how wrong you think I am…haha.

9 thoughts on “These characters have had many faces…who played them best?”