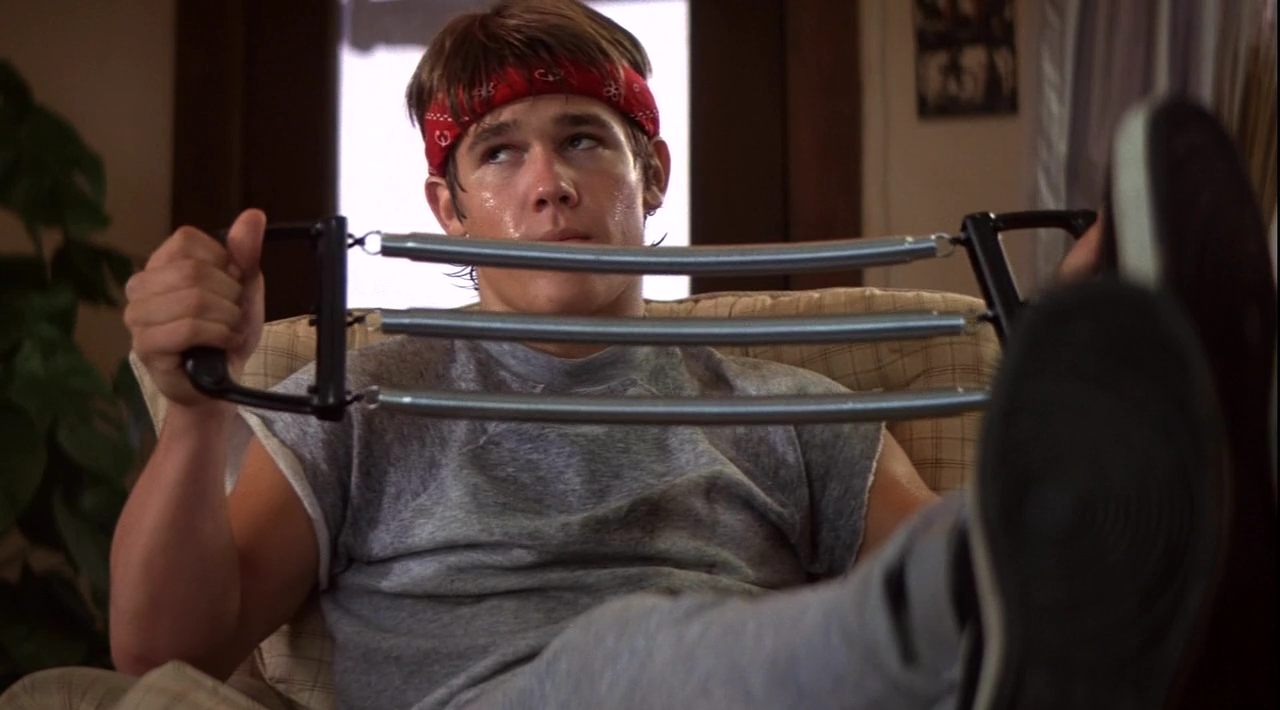 The Hollywood names we know today had to get their start somewhere. You know these Actors and Actresses from their starring roles and breakthrough performances but there are a few roles you may have seen these stars in that you may not have realized. Here are 20 movie roles that you may have seen, but didn’t realize who you were seeing. These are in no particular order, so feel free to rank them as you see fit.

When people think of the name Josh Brolin they think of such movies as No Country For Old Men, Milk, and more recently, Men In Black III. What some may not realize is that he was apart of a great cult classic that we all know, The Goonies.

Jason Segel is now apart of the Judd Apatow “Rat Pack” appearing in many hilarious films. He wrote and starred in Forgetting Sarah Marshall and is responsible for bringing The Muppets back to life. What many don’t know is that he had a brief role in the 90s high school comedy, Can’t Hardly Wait as a random stoner doing a Scooby Doo impression.

When Seth Rogen comes to mind people think of a sarcastically comedic actor who is a bit of a stoner. In Donnie Darko, Rogen plays a role that is outside of his norm and it is much more brutal and cold. This role was a short-lived type of role as Rogen took the part after appearing on Freaks and Geeks and right before moving to his roles in many Judd Apatow films.

Elijah Wood was a very prominent child star and transitioned well into an adult Actor but few may notice his short appearance in Back to the Future Part II. As Marty is demonstrating how to play a classic arcade game he is quickly mocked by a child who is played by Elijah Wood. Who knew that the boy who mocked Marty would grow up to be Frodo Baggins and destroy “the one ring to rule them all”?

54 was a movie that was not critically acclaimed but had a strong cast list for its time. Among the cast of Mike Myers, Ryan Phillipe, Salma Hayek, Neve Campbell, and Breckin Meyer, it is hard to spot the long-haired Mark Ruffalo in the mix. Mark Ruffalo had a brief role playing a friend of Ryan Phillipe who is denied entry to Studio 54. If they only knew that Mark would later become the Hulk, they might have not been so hesitant to deny him entry to the club.

Adrien Brody started to receive recognition for his role in The Pianist but many may not know about his very small part in the children’s film, Angels In The Outfield. It’s easy to miss Brody if you’re not watching closely because he probably has about five minutes of actual screen time but he’s there if you pay attention.

Jake Gyllenhaal is now known for roles as a soldier or a suave ladies man. Before that he was known as a secluded outcast from his role in Donnie Darko and roles that followed after. But before he was an outcast, before he was a ladies man, and before he was sharing a tent with Heath Ledger, he was just a kid in the popular 90s comedy City Slickers.

Kristen Stewart had already begun to establish her career as an adult actor in Twilight, but in the midst of all the Twilight hysteria she had time to play a miniscule role in an absolutely horrible excuse for a film, Jumper.

John Krasinski is best known for his role as Jim on The Office. He’s attempted to break into film but has stuck to primarily smaller romantic comedies which makes it hard to visualize him out of that normally typecast role. He has such a small part in Jarhead and it’s so out of character that you will probably miss his scene if you aren’t paying attention to the film.

After 3rd Rock From The Sun and before 500 Days of Summer, Joseph Gordon-Levitt seemed as though he couldn’t catch a break working in film. His movies didn’t do well at the box office and were mostly unheard of. Even though he was in a somewhat decline, it was odd to see him in an uncredited role (that was equivalent to the part of an extra) in The Brothers Bloom. His role was not even a speaking part and he maybe had a few seconds on screen. To see his part in the film you would have to continuously pause and rewind to ensure that you saw him.

Chris Hemsworth is pretty fresh to Hollywood but is making quite the impact right now with films like Thor, The Avengers, and Snow White and the Huntsman under his belt. For some it may be obvious that he played the brief role of George Kirk in Star Trek but many average movie-goers have failed to make the connection without Hemsworth’s signature long hair and beard.

Before he played the role of Facebook creator Mark Zuckerberg, Jesse Eisenberg had a small role in the M. Night Shyamalan film The Village. Here he plays a boy who lives in a colonial-esque village surrounded by mysterious and frightening creatures of the forest. He has very few lines and is hardly memorable in this film as he is in the roles that he plays today.

Chloe Grace Moretz is extremely talented and is already proven that she can perform on the same level as many other prominent actors with much more experience. When I think of the latest Amityville Horror film I don’t think of her role in the film. It may be because she was so young or maybe it was because I have associated her with other films like Let Me In and Kick-Ass, but even though I may have known she was in the film at some point, it’s hard to remember with so many great roles she had in later films.

Daniel Craig IS the cool, suave, and unbeatable James Bond. He may take on other roles but there is no way to think of him and not think Bond. For those who may have seen the film The Jacket you may be surprised to see him in a role so out of character. Not only is he playing a mentally ill patient but he’s got black hair and is lacking the slim physique and the charismatic personality of James Bond. Sure he appears more frequently in the film than a cameo appearance, but it’s the type of character he plays that makes this role slip our minds when we think of Daniel Craig.

Tom Hardy received strong recognition for his role in Christopher Nolan’s film Inception, and the true Hardy fans may know his role in Bronson, but few may associate him with his role in Star Trek: Nemesis. In this film, a slimmer and “balder” Hardy plays an evil clone of Captain Picard. The film performed poorly at the box office and was not well received by critics so its only viewers were probably a select few Trekkies. If you even glimpsed at the media surrounding the film most posters show Hardy’s character as a shadowy, faceless figure whose identity cannot be determined.

Not Another Teen Movie is a slapstick comedy that came and went quickly. Chris Evans did have the lead role in the film but sported a different hairstyle and had a more comedic (than usual) persona. If you saw the film then you may have recognized him but Chris went on a three year hiatus of small TV appearances until he got back on the big screen in 2004 for the movie Cellular. Who would have thought this Actor known for many goofy and sarcastic roles would end up playing such an amazing Captain America?

In the romantic comedy Never Been Kissed, James Franco is cast in a minor role playing an unmemorable member of a popular high school clique. He has a few ditzy comments throughout the film but the camera barely pays attention to him as he stands far in the background. Jessica Alba also had a minor role in the film but it’s hard not to notice her in her scantily clad Barbie attire.

The beautiful Scarlett Johanson, how can anyone know her as anything other than the buxom beauty she is today…and who would want to? This may be why so many may not remember her role in Home Alone 3, or it may be because no one wanted to see this film. Here we see Scarlett as a young girl who is awkwardly far from womanhood. Personally I will always think of her as the talented actress from Lost In Translation and the beautiful spy from The Avengers.

Before Jennifer Aniston was Rachel in Friends, she was the stereotypical damsel in distress in the classic horror film Leprechaun. She is an actress that has truly aged well and has become one of the most well known names among Actresses in Hollywood. This role must have been Aniston’s “Right of Passage” because the next year she landed her role in Friends and that role has been opening new doors for her since.

Okay, now it’s your turn…tell us some roles we may have not known about!!