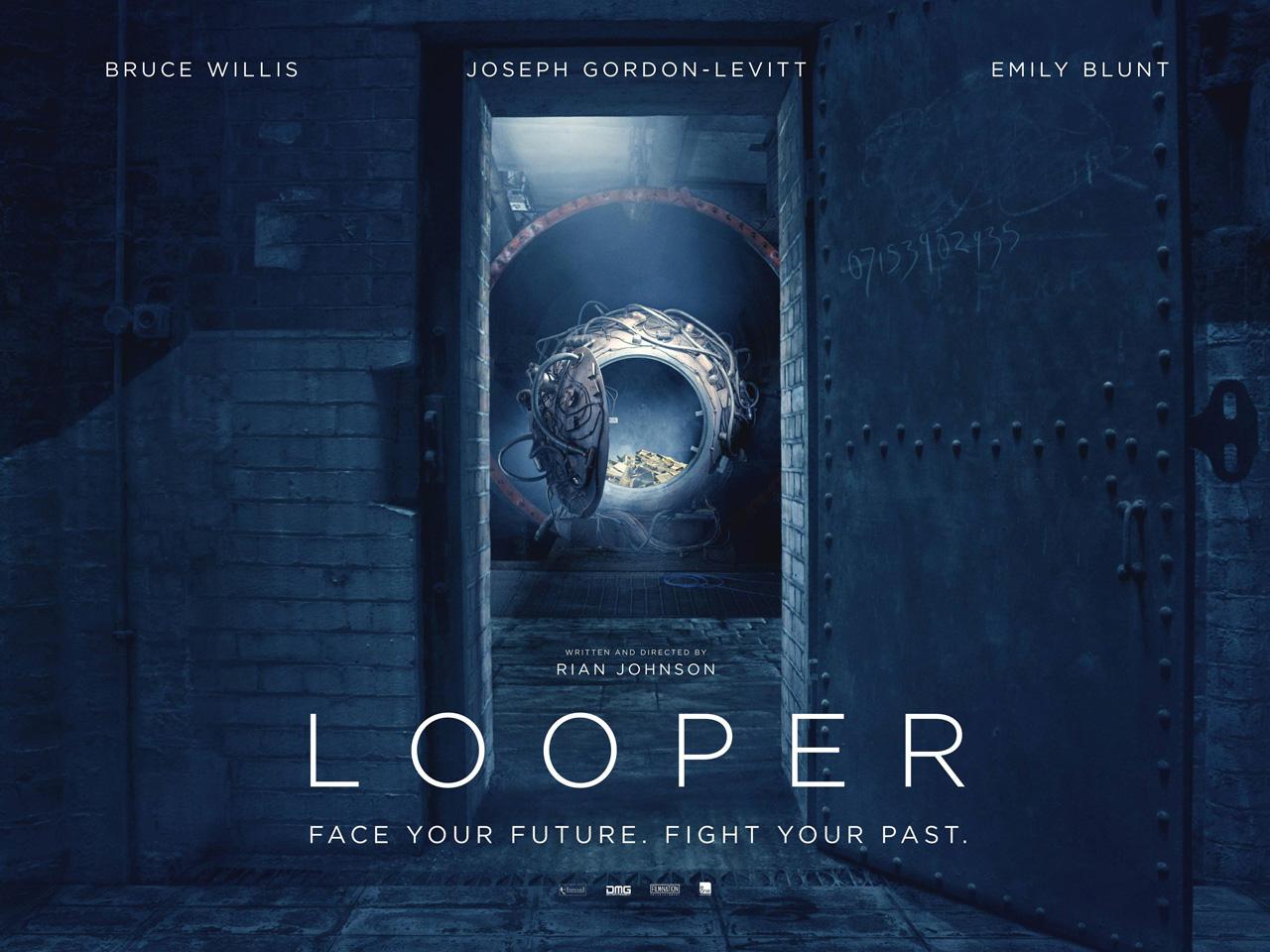 Looper is one loopy movie. JGL and Bruce Willis playing the same character and time travel and all sorts of mayhem that comes in between. Time travel never works out as intended, just as Bruce Willis who’s done this before in 12 monkeys. Anyhoo the movie does look pretty appealing and a new poster has made it’s debut reflecting the mind bending ideas that the film seems to be promoting as an aspect of the film and further incites inquiries from around the web. Usually a collective ‘WTF’.