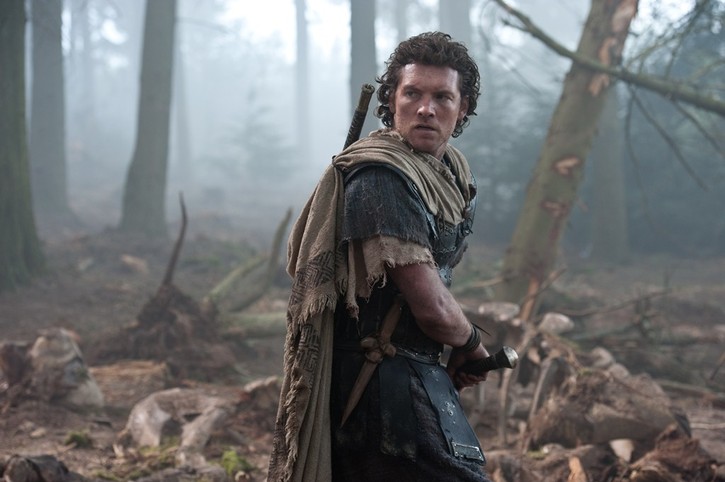 Wrath of the Titans is a 2012 fantasy film and sequel to the 2010 film Clash of the Titans. The film stars Sam Worthington, Rosamund Pike, Bill Nighy, Édgar Ramírez, Toby Kebbell, Danny Huston, Ralph Fiennes and Liam Neeson. Jonathan Liebesman directs the screenplay written by Dan Mazeau and David Leslie Johnson. A decade has passed since the events of the first film and the Gods have lost control over the imprisoned Titans. Perseus is called to the battlefield once again, this time to rescue his father Zeus, defeat the Titans and ultimately save mankind. Yet his initial reluctance sways him and it’s a question of whether he’ll act soon enough before the losses become too great.

Years have passed since Perseus (Sam Worthington) slayed the great Kraken, his legend born and never forgotten. Yet for him, it was not continued glory he sought but instead the return to the simple life of a fisherman, like that of his mortal father. Wrath of the Titans wastes no time to establish what has happened since the Clash of the Titans (2010) remake. Gemma Arterton’s character Io, is no longer present as we learn she finally has died, a gift in some ways as Zeus granted her mortality. However her death did not come without a sense of happiness, as she bore Perseus’ son, Helios (John Bell), whom he now raises alone. As Perseus has continued to move on throughout the years, so has the world of man. They no longer pray as they once did to the Gods and as a result the Gods have gradually lost more and more of their powers. Eventually fearing the loss of their own immortality, as Gods can now die.

Despite Perseus’ wishes, Zeus (Liam Neeson) has always maintained a constant watch over him and especially that of his grandson. Visiting him in his dreams and sharing in the brief moments only a God secretly can. Yet Zeus’ early visit in the film isn’t simply familial, the world is in peril and Zeus once again requires the help of Perseus to save it. With the Gods losing power and some Gods having run off into hiding. The Gods that remain have called upon their sons to help in their cause of an old threat. For you see, the Titans (although it’s never really establish how many) have slowly gained power and the main cause for alarm is that the walls of Tartarus have begun to fall. This is important simply due to the main threat of Kronos who resides within Tartarus. If he is released back into the world, it would spell the end for both man and Gods. Despite Zeus’ plea, Perseus still remains as reluctant as he was in the first film and truly just wishes to look after his son. However a vision in his dreams speaks like a foreboding sign and Perseus feels that the ultimate destiny or fate of being a Demi-God is seemingly inescapable. While he dreams, Zeus meets his brother Poseidon (Danny Huston) and son Ares (Édgar Ramírez) as they look to gain permission into their brother Hades’ (Ralph Fiennes) underworld. The plan was for the remaining Gods and Demi-Gods to work together to fix the damage within Tartarus, however Kronos has worked a deal with Hades and Ares allowing them to keep their immortality. Only if they capture Zeus, so Kronos can relinquish Zeus of his power which Kronos will use to essentially re-power himself. While that might be a complicated explanation, for all intensive purposes – it’s simple. Because that is the storyline for Wrath of the Titans. Zeus is effectively captured, betrayed by his own son Ares and brother Hades who still feels the sting of being banished so long ago and it’s up to Perseus to rescue him.

I could go into detail what happens next in the film, but I won’t because Wrath of the Titans is so simple, dense or perhaps just non-existent in plot that it could be surmised in a small paragraph. It’s an awful shame mainly because the sequel offered an opportunity to not only expand upon the world of Clash of the Titans, but it was also unhinged by it being a remake. Remakes today typically follow things to the formula, while presentation is modernized the association of what happened before is always maintained. It’s rare to see any real creative liberties of differences other than the visual allure you expect. So as such, Wrath of the Titans could have, should have but never really does anything to set itself apart or truly propel the franchise further. It isn’t even just more of the same, it’s just a sequel for sequel’s sake which is a shame because of the cast and just the potential for new originality. This time the 3D isn’t post converted, it’s shot in 3D. Some scenes are planned in 3D while others aren’t and eventually the movie is just visual, nothing more, nothing less. But even in that regard it retains a hollow demeanor.

As the film does in fact waste no time to get itself going, it also doesn’t spend anytime to create a pace that makes sense. There are multiple points in the film where transitions seem abrupt and it’s all about trying to get it’s characters from set-piece to set-piece. Versus the characters driving the story forward, but again it doesn’t help that there really isn’t a storyline that you already see unfolding how you expect it to. But maybe that’s the point with Wrath of the Titans or this franchise itself. Yet in the same sense it doesn’t make it right in the appreciable sense. What’s probably the most jarring thing is for the world that is presented, with Gods, Demi-Gods, Titans, there is really no sense of magic or wonder in the journey that the characters take. The first film had a scope and because of this you were able to see how the characters interacted not only with one another, but the environment as well. But it also maintained that sense of wonder. This is absent in Wrath of the Titans as while the bigger creatures you see are expected, it more so just becomes a visual showcase. It’s just special effect after special effect. Both new and old characters aren’t developed wholly, while there might be prevalent themes within the film such as brothers and fathers and fathers and sons. There isn’t enough emphasis placed on these themes that could’ve worked in the film’s benefit.

In the end there really isn’t much to say about Wrath of the Titans. The film is effectively a pit stop. There are some cool moments, some I won’t divulge mainly for spoilers. Seeing Kronos on the big screen is somewhat memorable, but it’s just as memorable as the parts that don’t make sense. While the new characters could be interesting, it doesn’t help that the dialogue is laughable and seemingly a majority of the conversations we see on screen are like when you walk into conversation amongst two people half way in or at the end of that conversation. While you might ask what the rest of the conversation was about, Wrath of the Titans never cares to establish that. Like the chaos of the really elaborate set-piece of the labyrinth. The film becomes a jumble and although we might initially be armed with a map that tells us how to get through, it’s ultimately thrown away. And the audience is just told to run straight, you don’t know how you did but you make it to the end. And it’s there you realize, does a film like this matter to you. Why did you watch it? Was it satisfactory enough? Was the popcorn you ate good?

Normally I would say watch, enjoy and forget. But for Wrath of the Titans, it might just be demi-watch, demi-enjoy and demi-forget. Yet, I can’t lie. The film will probably be enough of a box office success and the final sequel, Return of the Gods, will probably be made. And at this point I’m already invested in this franchise enough to find myself sitting down for a weekend matinee once again.

One thought on “Review: Wrath of the Titans”