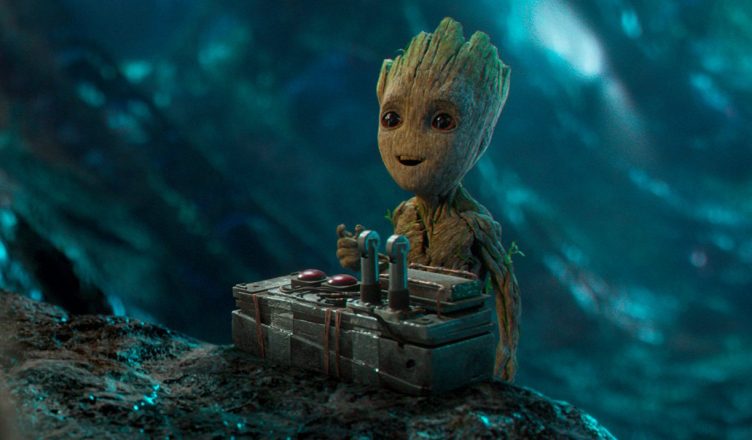 Marvel released the first trailer for the Disney Plus original series I Am Groot. The new series will consist of five shorts featuring everyone’s favorite seedling from Guardians of the Galaxy, Groot. Vin Diesel will voice Groot on his many adventures. No other cast has been named so far, but Groot could easily carry the series by himself. The new show is set to premiere on August 10th of this year and based on the first trailer, it looks adorable.

Groot made his first appearance in Guardians of the Galaxy in 2014 and immediately became a fan favorite. Who would of thought that a walking tree that can only say “I am Groot” could become so beloved? Well, apparently Marvel did and they made him move lovable when they debuted “Baby Groot” in Guardians of the Galaxy Vol 2. Baby Groot became a sensation and Marvel hit the literal merchandising jackpot. Groot merchandise swept the nation and Disney cashed in on all the character’s success. Groot eventually matured into “Teen Groot” In Avengers Infinity War; however, that wasn’t the end of Baby Groot. Marvel is bringing him back for the upcoming series.

That’s right, Groot is back and he’s cuter than ever. The first trailer for the show premiered at San Diego Comic Con’s Marvel Animation Panel.  The trailer features Groot in a series of different settings, each one cuter than the last. The series is set to debut on Disney Plus in a few weeks, and will surely be a hit for the streaming platform. You can check out the first trailer and a new poster for the Disney+ show below:

Check out this new poster for Marvel Studios' #IAmGroot.

Just when I thought the world was done with Baby Groot, Marvel reels us back in. The trailer is adorable. Groot in a leaf hat and clothes? I mean how could this not be a success. Even the little critters that are waging war on Groot are cute. Marvel knows its target audience for this one for sure. I’m honestly surprised it’s only a series of shorts and not a full-blown film. Maybe they couldn’t think of enough material for a character with such a limited vocabulary. Having just watched the Guardians of the Galaxy animated series I can confirm Groot can say a lot even when saying very little. With that being said, this trailer has me stoked for this new show. It is as close to a Marvel Pixar crossover as we’re gonna get. You can catch I Am Groot on Disney Plus on August 10th, 2022.

Series Synopsis: A series of shorts featuring the seedling Groot along with several new and unusual characters.

One thought on “First Trailer For Marvel’s ‘I Am Groot’”