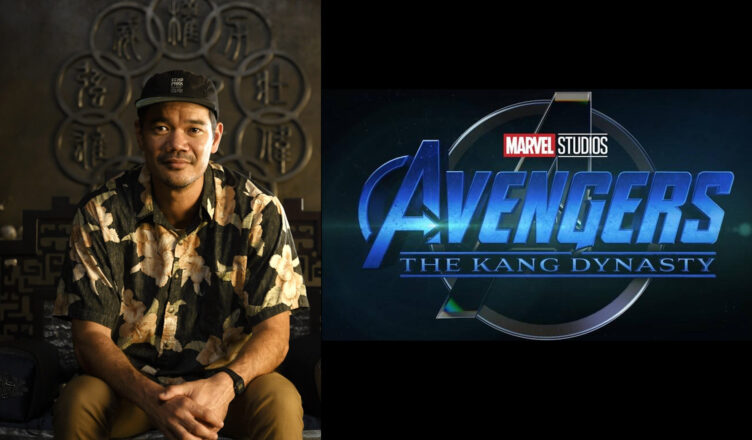 Marvel has tapped Shang Chi and the Legend of the Ten Rings’ Destin Daniel Cretton to direct  Avengers: Kang Dynasty. Marvel just announced the upcoming project Avengers: The Kang Dynasty at Comic Con this past weekend. We don’t know much about the project yet thanks to the cloud of Marvel Secrecy. Based on the title The Avengers will face down one of their biggest foes yet in Kang The Conqueror. Avengers: The Kang Dynasty is set to be released on May 2, 2025, and will likely feature Jonathan Majors as Kang.

Shang Chi and the Legend of the Ten Rings was a huge success for Marvel and was praised by fans and critics alike. The film currently sits at 91% on Rotten Tomatoes and was certified fresh. While the cast and writing were a big part of the movie’s success, it was its direction that really shined through. Destin Daniel Cretton did an amazing job, and it appears Marvel thought so too, which is why they signed him into an overall deal after the film’s success. Marvel tends to reward their own as we have seen with the Russo Brothers and Taika Waititi. Now that Cretton has been given the keys to a tentpole franchise, it’ll be interesting to see where he takes the property.

Now that Avengers: The Kang Dynasty has a director in Destin Daniel Cretton, we can only guess that production will begin sooner than we expected. With a huge property like the Avengers, they will need plenty of time to prepare and execute Cretton’s vision. It is worth noting that Cretton will be developing the project with Andrew Guest. Guest has experience working on Brooklyn 99 and Community. Sadly, that’s all we know about the film at this time. This isn’t at all surprising since the project is still three years out.

Marvel knocks it out of the park, yet again. Destin Daniel Cretton did a phenomenal job on Shang Chi and the Legend of the Ten Rings. At the time of it’s release, the character was a bit of an unknown outside of serious comic book fans. But thanks to the success of the movie, Shang Chi is a household name. I can only see this news as a win and I can’t wait to see what Cretton does with an Avengers movie. It looks like the film will release back-to-back with Avengers: Secret Wars, the final film in phase 6. While we have no idea what the team will look like for the movie upcoming films may give hints. You can catch the new Avengers team on May 2, 2025 when Avengers: The Kang Dynasty releases in theaters.