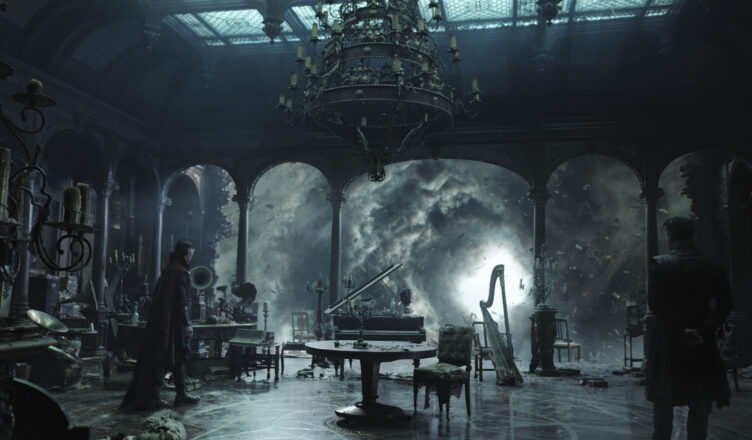 The $2.797 billion box office may have been quickly usurped by a re-release of Avatar, pushing the 2010 sci-fi flick to $2.802 billion per CNBC, but it’s impossible to deny the might of the 2019 concluding chapter of Phase III of the Marvel Cinematic Universe – Avengers: Endgame. With Spider-Man: Far From Home being the epilogue of the grand-slam series and the long-awaited Black Widow nestling further back in the storyline, it’d be fair to say that since the end of Phase III, studios have been saturating the video entertainment market with superhero content.

While there are outliers like the crowd-pleasing Spider-Man: No Way Home, Metacritic user scores do note a decline, with not a single post-2019 Marvel release breaking the top 20 and Shang-Chi getting the highest rating of 7.0. It’s a bit different for DC Entertainment, with The Batman (7.5) and Zack Snyder’s Justice League (8.4) landing seventh and third overall, respectively. Superheroes and epic stories coming from comics to the big screen have become a modern form of mythology, but are we getting fed up?

Mythologies from across the ages still matter

At one time, what we term ‘mythologies’ were the equivalent to what we consider to be religions today. Through a historical lens, we almost dismiss how important the myths were to the people of the time while holding those that remain – modern religions – in such high esteem. This mythological look is how we can view superhero content, as explored by The Guardian, but in the modern age, we have the power to create a massive amount of stories and have the mindset to judge and question the creations, while ancient civilisations would accept them as explanations of the world, relaying the mindsets of the time and teaching important lessons.

It’s the timeless nature of the stories and struggles of the characters that continues to endear mythologies from around the world to the modern audience. Looking far beyond just Thor being in the Marvel Universe, you can see ancient mythological beings used across entertainment because they intrigue, carry weight, and are still popular. In online slots, an eye-catching theme is a must to interest players. This is why at Betway, players will find Mask of Amun, Ark of Ra, Chronicles of Olympus, Amazing Link Zeus, Thunderstruck Wild Lightning, Poseidon Ancient Fortunes, and Masters of Valhalla. Those are just the ones that hold a position among the Top Games on the platform.

In bookstores, you’ll still find newly released books chronicling the folklore, myths, and fables of ancient people, with there clearly being a demand for such information. While the Great Mythologies series from Stephen Fry certainly connected to a vast audience, the succinct-yet-detailed series of ancient mythologies from Thames & Hudson remains one of the best on the subject. Earlier this year, the series was expanded with The Japanese Myths by Joshua Frydman, which remains sold out on the publisher’s website. In the realms of video gaming, mythologies continue to be a huge draw, with the highly anticipated release of God of War: Ragnarök being the prime example of the continued draw of these ancient characters and stories.

From Phase I to Phase III, the MCU was an incredible success, with all the standalone adventures of usually solo heroes delving into the characters’ psychology while also adding to an overarching story. Phase IV has the unenviable task of keeping continuity, setting up another overarching story, and keeping standards high. It’s been a rough start, as chronicled by ScreenRant, with the plan being to release content as quickly as possible to cash in on the superhero buzz.

On recent releases, we found Thor 4 to get in its own way with the jokes, minimising the potential of its villain, while Doctor Strange 2 made the series WandaVision required viewing. In the DC Extended Universe, a more reined-in approach has resulted in a departure from a rushed MCU model to some standalone gems, with Rotten Tomatoes finding 2022’s The Batman ‘Certified Fresh’ from critics and audience scores. As such, perhaps the onslaught of series and movies that Marvel – by far the biggest propellant of superhero fascination – has in the works will work counter to what it has achieved. After all, releasing eight films and series from March to December this year differs significantly from the two-to-three yearly movies that established the MCU as a juggernaut.

People can muse over ‘superhero fatigue’ as they did ‘Star Wars fatigue’ when those ratings and scores started to fall, but in the end, what people want is entertainment. If the writing isn’t any good, the content won’t be fun to watch, leading to bad review scores and an eventual decline. We haven’t seen that just yet, with The Numbers reporting $955 million box-office sales for Doctor Strange 2 and $514 million for Thor 4, but those are massive drops from even the quite lowly scored Iron Man 3 ($1.2 billion) and Aquaman ($1.1 billion). The superhero genre isn’t showing signs of slowing down, from a production or popularity standpoint, with The Boys and its 17 per cent uptick with Season 3 from Season 2, per Deadline, showing that even offbeat superhero stuff does well.

Still, Marvel is a market leader: when Marvel does well in comics or movies, other superhero franchises pick up as well. It’s a similar market director as Bitcoin is in cryptocurrency – if it starts to fall, others will quickly follow. What the MCU really needs, other than better writing across the board, is a top-class villain to bring it all together. As we explore at The Movie Blog, without villains, heroes don’t have a purpose, and a deep, even conflicted, villain is needed to bring the best out of heroes and their stories. It’s as true in mythologies with Loki’s children (Fenrir, Hel, and Jörmungandr), Set’s betrayal of his brother Osiris, and the Kitsune Tamamo no Mae, as it is in our modern mythology of superheroes – Thanos, Joker, Dr Doom, Lex Luther, Green Goblin, etc.

To keep modern mythology at the forefront of entertainment, Marvel in particular needs to rekindle the magic that some would say is currently being eroded by the rapid factory line of productions.