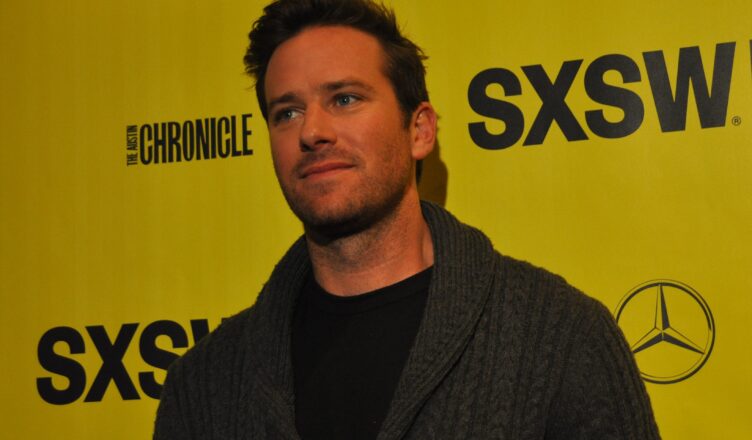 I met the actor at SXSW 2018 (with his then-wife) hyping a film directed by Stanley Tucci. The film, released in 2017, was “Final Portrait.” It was “the story of Swiss painter and sculptor Alberto Giacometti. The movie starred Geoffrey Rush, Armie Hammer, and Tony Shalhoub. It was written and directed by Stanley Tucci. Tucci—who is, also, coincidentally, the brother-in-law of “A Quiet Place” star Emily Blunt (married to her sister)—was not there in person, but he sent Armie Hammer and the film was shown in the theater right next door to the Paramount, the Stateside (formerly the State Theater) on Opening Night, a theater where I had previously seen a troupe of trained cats entertains my granddaughters. [Some of the cats escaped from the stage during the show; we were cautioned about opening the door to the lobby.]

The Stateside Theater was built in 1935. After renovations through the years, what remains looks like every one of those 86 years of age. It comfortably seats 305 today. In 1950 it was announced that it seated 997; I cannot imagine how that was possible unless the patrons were stacked like cordwood. The theater itself fell on hard times in the 70s and suffered a water main break in June of 2006 that delayed its 70-year anniversary celebration.

“A Quiet Place” was going to be opening the 2018 festival next door at the larger Paramount.  I had secured a ticket to “A Quiet Place” because the writers of that film were Bettendorf (IA) natives Scott Beck and Bryan Woods, my hometown area. I decided to see if I could hit both at once, leaving “Final Portrait” early because, honestly, I had little interest in this obscure Italian painter and sculptor, but was intensely interested in how “A Quiet Place” would do as Paramount’s Opening Night Film at SXSW. It was a wise decision.

Troubles began immediately. We were crowded into the tiny lobby of the Stateside Theater, but the projector wasn’t operative or the film was flawed or some other technical problem was causing those in charge to attempt to carry a laptop computer to the control booth. The plan, as I overheard it, was to stream the film from the laptop computer. That didn’t sound like the Opening Night experience I had in mind, so, after meeting and greeting the extremely handsome Armie Hammer, I split for “A Quiet Place” next door at the Paramount—but not before taking the pictures you see here.

Then came news of Armie’s infidelities and his texts about cannibalism and other revelations. Still, Armie was the “star” of Death on the Nile in 2022 and was in too many scenes to remove, so Armie had another day in the sun. Now, according to the “Daily Globe” Armie’s days in the sun are spent selling timeshares in the Caymans.

According to “The Daily Mail,” Armie’s days in the sun are spent in the Cayman Islands selling timeshares for $2,000 a week or $21,000 for 10 years at Morritt’s Resort. He was spotted there in June pricing a unit with potential buyers, although his agent denied this when asked.